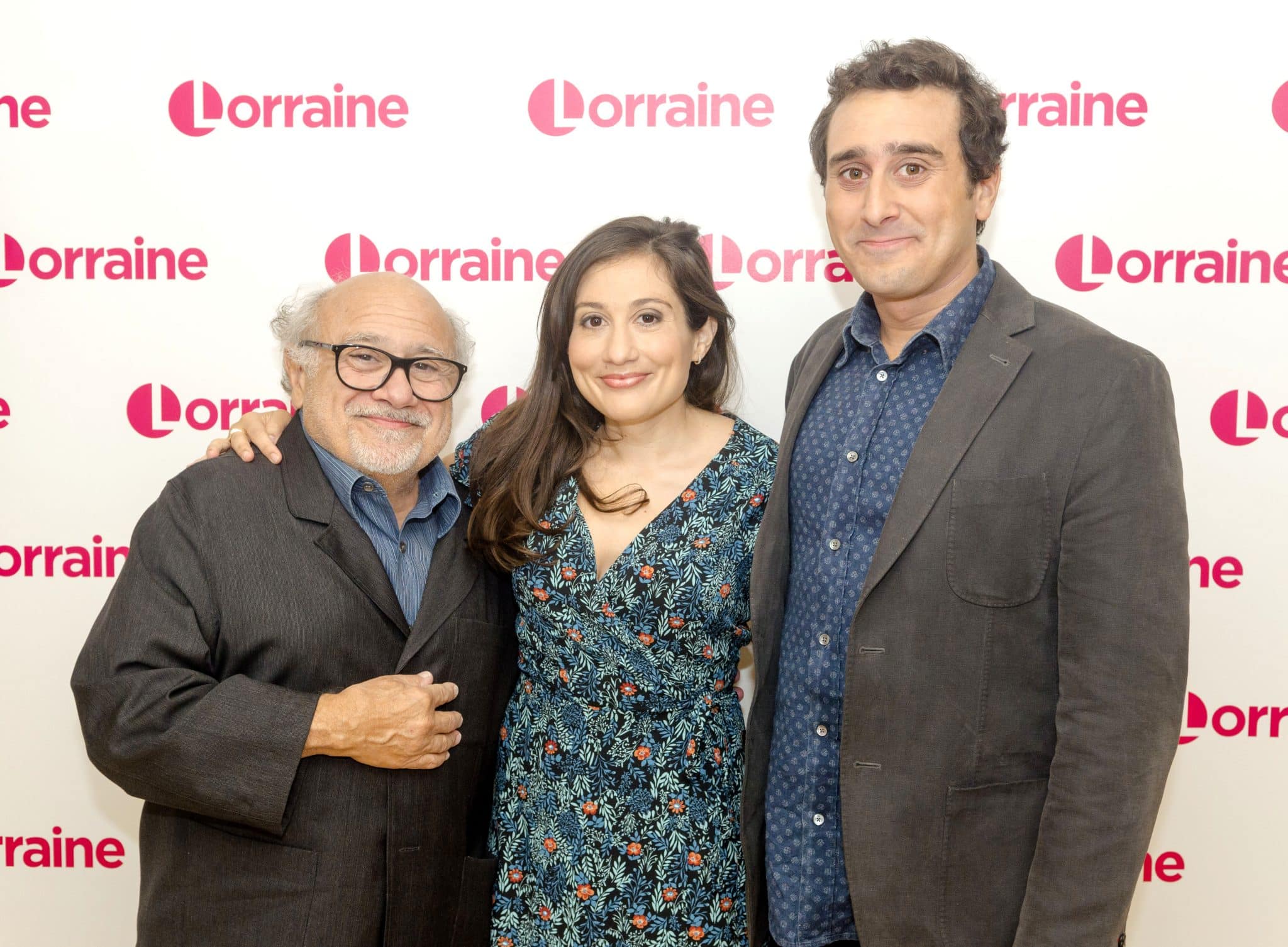 Who is Jake DeVito?

Jake is an American film producer and cameraman; however, he’s possibly better known to the world as the youngest child of Danny DeVito.

Jacob Daniel DeVito was born on 10 October 1987 in New York City, USA, the youngest of three children of Danny DeVito and his now estranged wife, Rhea Perlman. Jake has two older sisters, Lucy Chet DeVito, an actress best known to the world as Stephanie in the TV series “Melissa and Joey” (2010-2012), and Grace Fan DeVito, an actress and producer.

He grew up in a rather well-situated family in a 14,580-square-foot (1,354 m2) house in Beverly Hills, California, USA, enjoying all the perks of a wealthy family, including high-quality schooling.

After matriculating from a private high school in New York, Jake enrolled at the private liberal arts Oberlin College, Ohio, obtaining his degree in 2009.

Jake launched his showbiz career in 2005, with the role of David Lekkas in Skee Skinner’s drama film “Pieces of a Dream”, which starred Harold Dennis, Ngina James and Paul Branton.

After this, his studies were at the center of attention, and his hiatus lasted until 2011. He returned as a cameraman on the films “Palpitations”, a short thriller drama, and “Nest of Vipers”, a short horror film directed by his father and written by John Albo; the latter was also the main star of the film, alongside Jake’s sister, Lucy DeVito.

Two years later, he worked on the documentary film “Folk”, about three struggling country songwriters and their success in the past.

In 2014, Jake launched his career as a producer with the film “The Better Angels”, the biopic that depicts Abraham Lincoln’s childhood, written and directed by A.J. Edwards, and starring Jason Clarke, Diane Kruger, and Brit Marling. The same year, he produced the short drama film “Quicksand”, and finished the year off producing the documentary film “Fair Chase”.

Two years later, Jake produced the short comedy film “Curmudgeons”, directed by and starring his father, alongside Jake’s sister Lucy and David Margulies, while in 2020, he was the producer of the short horror-comedy “Wererock”.

Most recently, he has been working on the animated horror-comedy series “Little Demon”, which again features his father and sister as the main stars, joined by Aubrey Plaza.

As of mid- 2022, Jake DeVito’s net worth has been estimated to be around $1 million, earned through his successful career as a producer and cameraman.

When it comes to his personal life, Jake is rather private and doesn’t like sharing information. However, according to sources, Jake is currently single, and focused on his career.

Jake DeVito has short brown hair and brown eyes. He stands at a height of 5ft 5ins (1.65m), while he weighs approximately 130lbs (60kgs). His vital statistics are unknown, though he has an average build.

Jake’s main hobby is yoga, which he tends to practice every day, and which has helped him maintain an athletic physique.

He’s an avid traveler, and in addition to traversing the US, he’s been to several European countries, including Germany, England, France and Italy, among others.

Jake is an avid animal lover, and often volunteers at various animal shelters; he’s a big fan of parrots, though he doesn’t own a pet.

Additionally, Jake is a benefactor of several museums and art galleries across the US.

Daniel Michael DeVito Jr. was born on 17 November 1944 in Neptune Township, New Jersey, USA. His father, Daniel Sr., was a small business owner, and his mother Julia a homemaker.

Of Italian ancestry, he grew up in Asbury Park, New Jersey, with two older sisters. He attended Oratory Preparatory School in Summit, New Jersey, from which he matriculated in 1962. Four years later, he finished his studies at the American Academy of Dramatic Arts, and went on to perform with the Colonnades Theater Lab at the Eugene O’Neill Theater Center in Waterford, Connecticut.

Known for his short stature caused by multiple epiphyseal dysplasia, Danny has used this rare genetic disorder to his benefit. He’s appeared in more than 140 film and TV titles since his on-screen debut as Thug in the drama film “Dreams of Glass” (1970), written and directed by Robert Clouse.

DeVito’s many blockbuster appearances have made him one of the Hollywood greats. Some of his best-known roles include Louis De Palma in the TV series “Taxi” (1978-1983), then Ralph in the film “Romancing the Stone” (1984) and its sequel “The Jewel of the Nile” (1985). He next played Owen in the film “Throw Momma from the Train” (1987), then Penguin in “Batman Returns” (1992), and the eponymous role of Frank Reynolds in the Primetime Emmy Award-nominated comedy series “It’s Always Sunny in Philadelphia” (2006-2021).

Additional to acting, Danny is also a producer and director. Some of the titles on which he’s worked include the Academy Award-winning biopic “Erin Brockovich” (2000), with Julia Roberts in the lead role, for which Danny received an Oscar nomination in the category Best Picture, then the popular TV series “Reno 911!” (2003-2020), among other credits.

Danny and Rhea met in the early ’70s, and married in 1982. They have been separated since March 2017, but have no intention of divorcing. Instead, they get on quite nicely, according to Rhea, who stated that she and DeVito had been great friends since their separation.

According to reports, Danny DeVito’s net worth has been estimated to be over $80 million.

Rhea Jo Perlman was born on 31 March 1948, in New York City, USA, the daughter of Philip Perlman, a Polish immigrant and once a renowned businessman, film and television actor, and his wife Adele, a bookkeeper. Rhea grew up in a Jewish household with sister Heide, now a renowned television writer, editor and producer, known for her work on “Cheers”, “The Tracy Ullman show”, and “Frasier”, among others.

After high school, Rhea enrolled at Hunter College in New York, earning a Bachelor of Arts degree in 1968.

To speak of her career, Rhea has appeared in more than 110 film and TV titles, and is a recipient of several prestigious awards, including four Primetime Emmys. Some of her most prominent roles include Carla Tortelli in the long-running sitcom “Cheers” (1982-1993), then Honey in the film “Canadian Bacon” (1995), and as Sally in the film “I’ll See You in My Dreams” (2015).