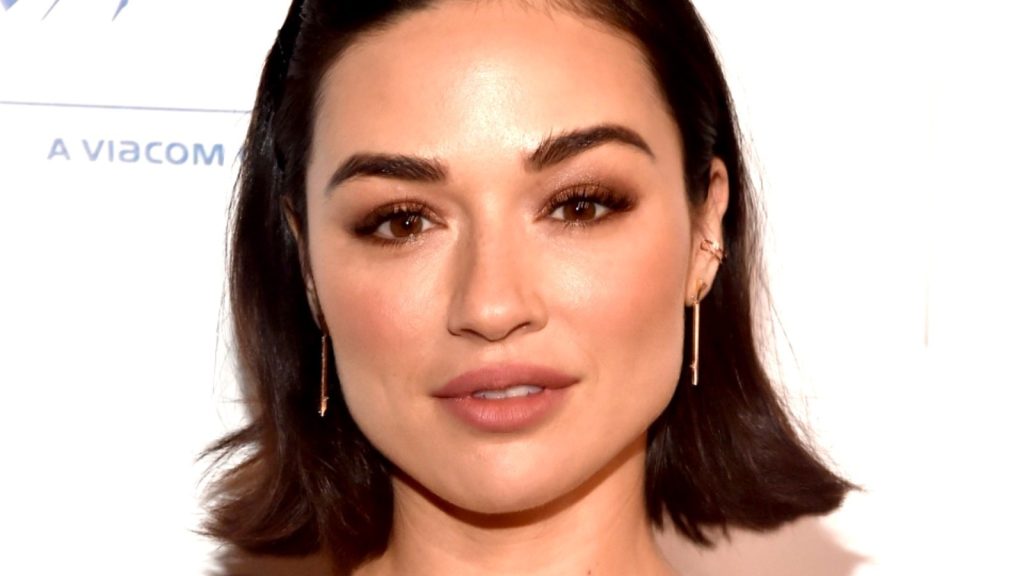 Who is Crystal Reed?

If you are a fan of the 2011 action drama series “Teen Wolf”, then you are familiar with the character of Allison Argent, daughter of two hunters Victoria and Chris, and portrayed by Crystal Reed, who immediately caught the eye of the audience, who wanted to know more about her.

If you are one of them, let us tell you all about this talented actress, who has over 15 acting credits to her name, and besides the aforementioned role, is perhaps known best for her roles in “Crazy, Stupid, Love”, “Swamp Thing” and “Gotham”, among others.

Crystal Marie Reed was born under the zodiac sign of Aquarius on 6 February 1985, in Detroit, Michigan USA, thus she holds American nationality, and comes from a family of mixed Polish and Native American descent.

Crystal was raised in her hometown by her parents, about whom nothing is known, alongside her older brother Corey. Since Crystal respects her family’s privacy, she keeps their lives away from the media’s attention, thus there isn’t a lot of info about her early life.

Speaking of Crystal’s educational background, she attended Roseville High School, where she studied dancing, and was a dance captain. Upon matriculating in 2003, she enrolled at Wayne State University, where she was a member of the Bachelor of Fine Arts program, and from which she graduated with a BA degree in 2007. She then moved to Hollywood, California, to pursue her dream of becoming an actress.

Crystal made her acting debut in 2010, cast as Julie in an episode of the popular series “CSI: Crime Scene Investigation”, and then guest-starred as Renee in “The Hard Times of RJ Berger”.

She followed with her role as Natalie in “Rizzoli and Isles” before she was seen as Ali in the comedy-drama “Drop Dead Diva” in 2011, also starring Brooke Elliott, Kate Levering, and Margaret Cho. Concurrently with this role, she was cast to play her most notable role to date, as Allison Argent in “Teen Wolf” which was aired from 2011 until 2016.

From 2017 until 2018, she was seen as Sofia Falcone in the popular series “Gotham”, inspired by DC Comics, also starring Ben McKenzie, Donal Logue and Jada Pinkett Smith, followed by her role as Abby Arcane in “Swamp Thing” in 2019, which was her most recent television role.

Crystal made her first movie appearance as Denise in the 2010 movie “Skyline”, before she was cast to play Amy Johnson in “Crazy, Stupid, Love”, also starring Steve Carell, Julianne Moore and Ryan Gosling, in 2011. In the same year, she was seen as Rebecca Ogin in “Jewtopia”, and two years later, she starred as Bess in “Crush”.

In 2015, she was seen as Dorothy Mahler in “Too Late”, before she made an appearance as Adult Beth in the 2018 movie “Incident in a Ghostland”, also starring Mylene Farmer and Anastasia Phillips, which was her most recent movie role.

Her fans will be happy to hear that Crystal has finished filming for her three new movies, in “Pinball: The Man Who Saved the Game”, “Teen Wolf: The Movie”, and “Dead Giveaway”.

#Pinball: The Man Who Saved the Game is an upcoming movie based on the true story of writer / #PinballWizard Roger Sharpe, chronicling his journey to overturn New York City’s 35-year ban on pinball.

The movie heads into production in October! Read more:
–https://t.co/IZvDvx80gP

There have been various rumors concerning both Crystal’s love life and her sexual orientation, however, it’s widely known that she’s straight, and was previously married to Peter Nottoli.  The two were wed in 2008 and divorced on 31 May 2012 – the reasons for their separation haven’t been revealed to the media.

In the following year, she met Darren McMullen, a Scottish-Australian radio and television personality – according to Darren: ‘she made the first move, picked me up from a bar, she walked in by and just looked at me and smiled, she took my breath’.

The two talked and soon started dating, and became engaged in 2017. Although they seemed like a perfect couple, two years later they broke up. Crystal stayed silent about their separation, while Darren commented that it was a hard thing for him.

As of August 2022, Crystal seems to be single, was once married and once engaged, and doesn’t have children.

Crystal’s fans can keep track of her life and work through social media; her Instagram account has been followed by nearly four million people, while her Twitter account, established in July 2010, has amassed over 1.2 million fans.

She is mostly active on her Instagram account, on which she posts about her work, everyday life, and future projects. Crystal also uses her social media platform to raise awareness of various problems happening in the world.

In her spare time, Crystal likes to go walking or hiking with her friends, or spend time on the beach with her dog.

One of her other favorites hobbies is photography; Crystal likes to take photos of her dog, places she has been to, on her sets, and photos featuring her friends and family members.

She also likes to read books – her favorite is “Becoming Supernatural” by Dr. Joe Dispenza, which she recommended to her fans on Instagram, saying: ‘This book changed my perceived reality and if you want your life to change…read it’.

Crystal likes to watch movies, although she prefers to go to the cinema – her number one movie is “Pulp Fiction”, featuring her favorite actress Uma Thurman.

Crystal is also into traveling, and has visited several US states, while she’s also traveled around the world – her favorite destination is Paris, France.

According to sources, as of August 2022, her net worth has been estimated at close to $3 million,  most of her wealth she’s earned thanks to her acting career.