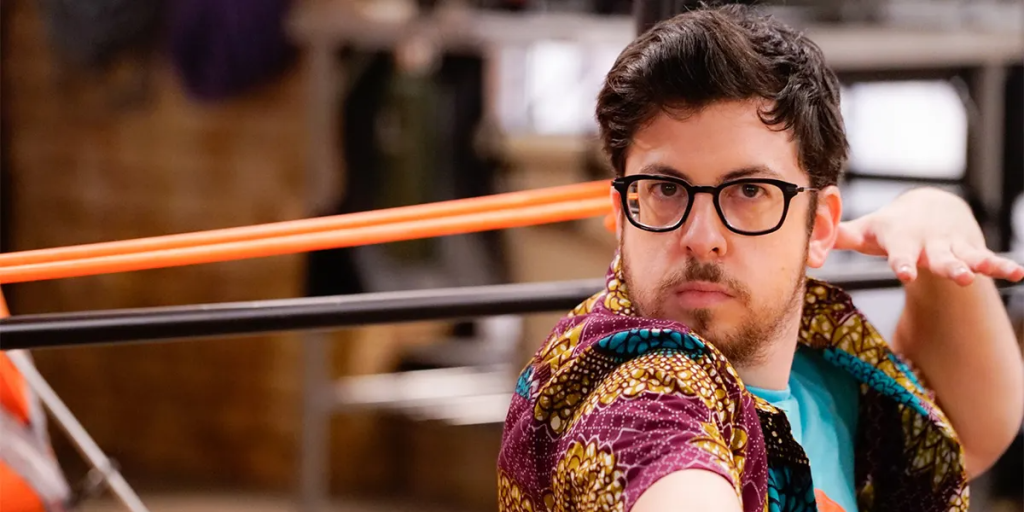 Who is Christopher Mintz-Plasse?

Christopher is an American actor, perhaps best known to the world as Fogell in the film “Superbad” (2007) and as Chris D’Amico / Red Mist in the film “Kick-Ass” (2010), in addition to many other roles that he’s secured so far in his career.

Christopher Charles Mintz-Plasse was born on 20 June 1989 under the Gemini zodiac sign, in Woodland Hills, California, USA. The son of Ray Plasse, a postal worker, and Ellen Mintz, a school counselor, he has Polish, Irish, Austrian and Russian origins – his father comes from a Catholic family, while his mother is Jewish, but they haven’t pressured him into any faith.

He went to El Camino Real High School from 2003 to 2007, and after matriculating he focused on his acting career.

Christopher was just 17 years old when he auditioned for the role of Fogell in the film “Superbad”, which became his acting debut; interestingly, his mother had to be present on the set by law while filming his sex scene in the film. “Superbad” became a classic upon its release in 2007, shooting him to stardom, and he was even nominated for the MTV Movie Award for Best Breakthrough Performance.

His next appearance was in the award-winning comedy film “Role Models” (2008), playing Augie, a nerdy teenager who obsesses about medieval live-action role-playing games, and which also starred Paul Rudd, Seann William Scott and Elizabeth Banks. It was another well-received performance, and he continued in the same rhythm.

In 2009, Christopher portrayed Isaac in the comedy film “Year One”, with Jack Black, Michael Cera, and Olivia Wilde in the lead roles, then secured one of his most popular roles the following year, as Chris D’Amico / Red Mist in the superhero film “Kick-Ass”.

He initially auditioned for the lead role, but the producers opted to cast him in the role of Red Mist, apparently due to his too loud and obnoxious acting.

In 2011 he was Edward Lee in the “Fright Night” remake of the 1985 film co-starring Anton Yelchin, Colin Farrell and David Tennant, and the following year he played Tommy in the award-winning romantic comedy “Pitch Perfect”, starring Anna Kendrick, Brittany Snow and Rebel Wilson.

He continued his career with a couple of TV roles, firstly as Chris in the TV mini-series “The Far Cry Experience” in 2012), and the same year he was Evan in the TV comedy series “Friend Me”, co-starring Nicholas Braun and Parvesh Cheena.

In 2013, he appeared in Maggie Carey’s romantic comedy film “The To Do List”, with Aubrey Plaza, Johnny Simmons and Bill Hader in the lead roles, and the same year, he reprised the role of Chris D’Amico in the superhero sequel film “Kick-Ass 2”, co-starring with Aaron Taylor-Johnson and Chloe Grace Moretz.

The following year, Christopher appeared as Scoonie in the film “Neighbors”, and reprised the role in the sequel “Neighbors 2: Sorority Rising” in 2016. Meantime in 2015, Christopher starred in the drama film “Tag”, with Scout Taylor-Compton and Patrick Alan Davis, and in the same year, he appeared in the television comedy movie “Sharing”, alongside Christine Taylor and Greta Lee.

2016 also saw him star with Miles Teller, Anna Kendrick and Brian Cranston in the comedy film “Get a Job”. Concurrently, he starred in 22 episodes of the TV comedy series “The Great Indoors”, created by Mike Gibbons and co-starring Joel McHale and Chris Williams.

He returned to screen in 2020 with the role of Neil in the Academy Award-winning mystery crime-drama film “Promising Young Woman”, starring Carey Mulligan, Bo Burnham, and Alison Brie, written and directed by Emerald Fennelly. The film is about a traumatized young woman, who had a rather dire event in the past, and now seeks vengeance against those who crossed her path.

He is currently working on the comedy film “Honor Society”, in which he will star alongside Angourie Rice and Gaten Matarazzo.

He voiced Giuseppe in the film “Marmaduke”, and in 2012 he was the voice of Alvin in the animated film “ParaNorman”. In 2016, Christopher voiced King Gristle in the film “Trolls”, while from 2018 to 2021, he voiced Son in the TV series “Blark and Son”.

Moreover, most recently he voiced various characters in the animated series “When Nature Calls” (2021-2022).

As of mid- 2022, Christopher Mintz-Plasse’s net worth has been estimated to be around $12 million, earned through his successful career as an actor appearing in more than 55 film and TV titles, and his voice-acting contributions too.

Christopher doesn’t like to share much information when it comes to his personal life. However, according to his Instagram posts, he has been in a relationship with photographer Britt Bowman since 2017.

The prominent actor has dark brown hair and dark brown eyes. He stands at the height of 5ft 7ins (1.7m), while he weighs approximately 163lbs (74kgs). His vital statistic are currently unknown, though he has an average figure.

Additionally to his career as an actor, Chris is interested in music. He has played with several bands, including The Young Rapscallions and Bear on Fire. Currently, he is in the band called Colorvision.

When he’s not working, he enjoys a few basketball games when he has time, and is a member of the Sunday Men’s Basketball League.