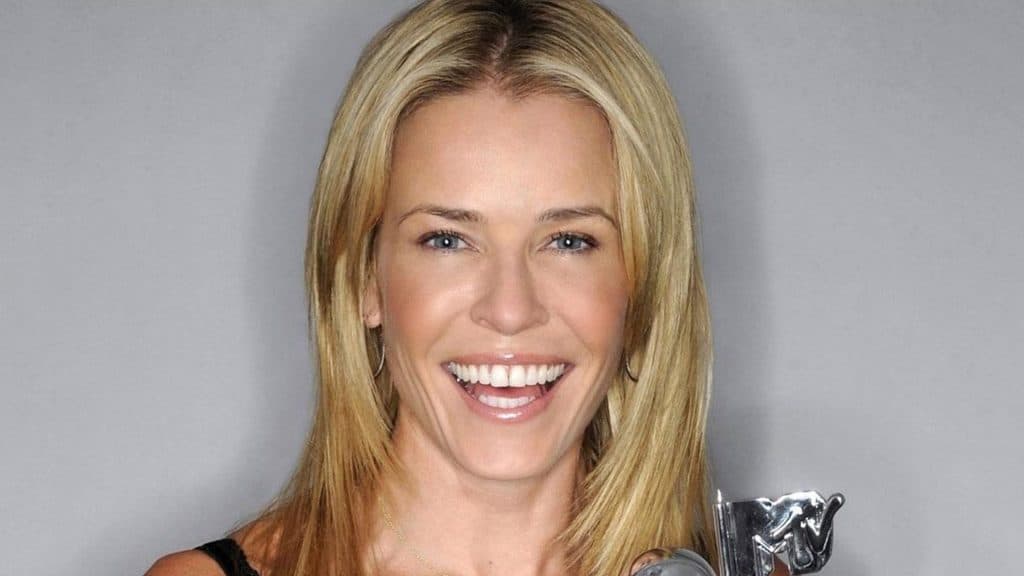 Who is Chelsea Noble?

An actress, Chelsea Noble, is still perhaps known best for her role as Kate McDonell in the sitcom “Growing Pains”, while movie lovers remember her as Hattie Durham in the “Left Behind” trilogy.

She has over 20 acting credits to her name, and besides being recognized for her career, Chelsea is also known as the wife of the famous actor, writer and producer Kirk Cameron, with whom she co-starred in the aforementioned projects.

Chelsea Noble was born as Nancy Mueller under the zodiac sign of Sagittarius on 4 December 1964, in Buffalo, New York State USA; she holds American nationality, but her ethnicity is unknown.

She and her younger brother, David were raised by their adoptive parents, Fred and Irene Mueller, about whom nothing is known. Chelsea hasn’t spoken much about her early life, so little is known about her childhood, except that she attended Maryvale High School, and upon matriculating in 1982, she enrolled at the State University of New York College, from which she graduated with a BA degree in 1987. While at college, she played soccer, and was a member of the Phi Kappa Pi local sorority.

After graduating, Chelsea moved to Los Angeles, California, changed her name, and launched her acting career, making her debut in 1988 portraying Samantha in two episodes of the series “Full House”.

In the same year, she was cast to play Kristina Andropolis in the world-famous sitcom “Days of Our Lives”, then Chelsea was seen as Cynthia in the series “Who’s the Boss?” (1988-1989).

From 1989 until 1992, she portrayed Kate McDonell in “Growing Pains”, a family comedy that followed the misadventures of a family with a journalist mother and a home business father, starring Kirk Cameron, Alan Thicke and Joanna Kerns.

Concurrently, Chelsea guest-starred in the series’ “Cheers” and “Booker” in 1989, before she made her big-screen debut as Penelope in the 1990 movie “Instant Karma”, and followed in 1991 with her role as Carrie Lee in the TV movie “A Little Piece of Heaven”.

In 1993, Chelsea was seen guest starring in the series “Doogie Howser” and “Route 66”, while in the following year, she portrayed Robyn Call in the TV movie “Star Struck”, opposite Kirk Cameron and J. T. Walsh. Although this romantic comedy about the summer camp sweethearts who rekindle their romance almost twenty years later had no nominations, it was well accepted by the audience.

During 1995 and 1996, Chelsea had the recurring role as Elizabeth Waters in the series “Kirk”, followed by her guest role as Danielle in the ever-popular “Seinfeld”, in 1997. Next, she was seen as Alison Taylor in the 1998 TV movie “You Lucky Dog”, this Disney production family fantasy, also starring Kirk Cameron and John de Lancie, was nominated for the Primetime Emmy Award for Outstanding Music and Lyrics.

In 2000, Chelsea was back on the big-screen, portraying Hattie Durham in “Left Behind: The Movie”, co-starring Kirk Cameron, Janaya Stephens and Brad Johnson the action drama about the reporter who was left behind after Armageddon, and learns that the Anti-Christ will soon take power.

Her most recent role was her portrayal of Maddie Miller in the movie “Mercy Rule”, and this was the first time when she was credited as Chelsea Cameron.

Wow!!! I'm overwhelmed by your responses to my brand new movie, MERCY RULE… you shared this with almost 5 million…

Chelsea met her future husband on the set of “Full House” in 1989, when he came to visit his younger sister, Candace Cameron, who starred in the series. Soon after, the two met again on the set of “Growing Pains”, in which they both appeared.

Eventually, the on-screen match-up became true love, and Chelsea and Kirk began dating. They ghexchanged their wedding vows on 21 July 1991, in Cheektowaga, a suburb of Buffalo – how intense their love and respect for each other is, you can see through the fact that after they married, Kirk insisted that Chelsea made cameo appearances as a ‘kissing double’ in movies he starred in, since he didn’t want to kiss any other woman apart from his wife.

The couple adopted four children, firstly Jack born in 1996, then daughter Isabella born in 1998, another daughter Ahna was born in 1999, and the second son Luke, born in 2000.

In 2001, Chelsea gave birth to their first biological child, a daughter Olivia Rose, and their second child, a son James Thomas, was born in 2003.

Both Chelsea and Kirk credit the Bible for the health and happiness of their marriage, along with the fact that they raise all six children as a team.

As of September 2022, Chelsea and her family resides in Agoura Hills, near Los Angeles.

Chelsea and Kirk are the founders of The Firefly Foundation, which runs Camp Firefly, a week-long summer camp for sick children and their families.

Who is Kirk Cameron?

Kirk Thomas Cameron was born under the zodiac sign of Libra on 12 October 1970, in Panorama City, California – he holds American nationality, and comes from a family of Irish, Scottish, English, German and Dutch descent.

He was raised in his hometown by his parents, Barbara and Robert Cameron, alongside his three sisters, Melissa, Bridgette and Candace, who is also an actress, known for her role as D. J. Tanner in “Full House”.

Kirk began his career as a child actor, making his acting debut portraying Liam in the TV mini-series “Goliath Awaits” in 1981. He now has over 40 acting credits to his name, however, he’s perhaps still known best for his portrayal of Mike Seaver in “Growing Pains”. This role brought him two nominations for the Golden Globe Award for Best Performance by an Actor in a Supporting Role in a Series, Miniseries or Motion Picture Made for Television, in 1988 and ’89.

His most notable movie role has been his performance as Chris Hammond in the fantasy comedy “Like Father Like Son”, which in 1988 brought him the Academy of Science Fiction, Fantasy & Horror Films, USA Saturn Award for Best Performance by a Younger Actor.