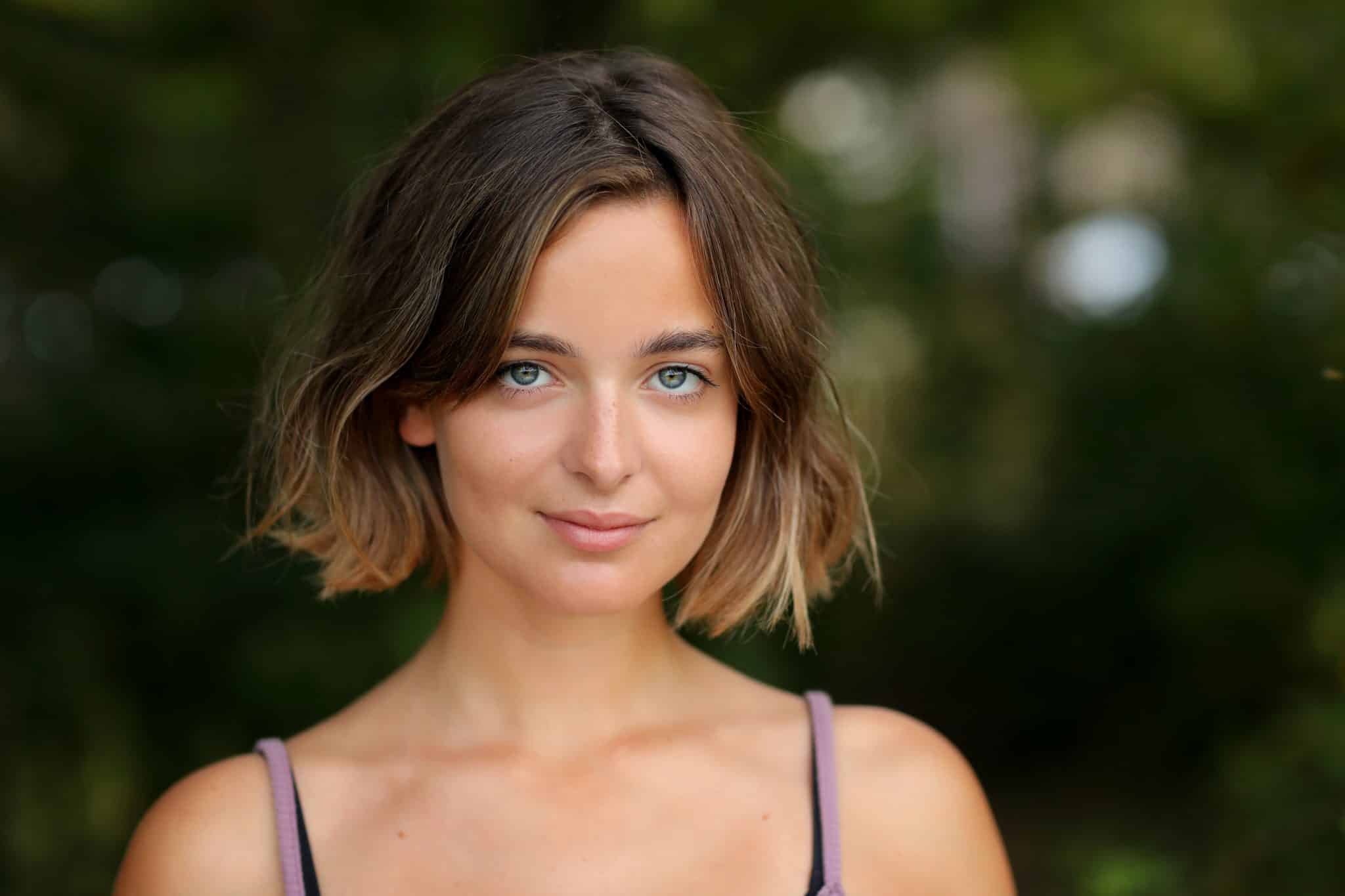 Who is Céline Buckens?

British-Belgian actress Amelie Margaret Céline Buckens was born in Brussels, Belgium, on 9 August 1996, under the zodiac sign of Leo. She’s appeared in 13 movies and TV series, and is perhaps best known for her playing of Talitha Campbell in the 2021 mystery crime mini-series “Showtrial”, in which she starred alongside Joseph Payne and Kerr Logan. It follows Cleo Roberts as she’s defending the main suspect in a high profile murder case – the mini-series was nominated for two awards, including a BAFTA TV.

Céline’s Belgian parents raised her in Brussels, but as she respects their privacy, not a lot about her mother and father is known. Céline’s yet to speak about having any siblings, and this is why some of her fans believe that she has none.

The family moved to London, England when Céline was only a couple of years old, and she studied at Thomas’s London Day Schools, prior to progressing to St Mary’s School.

She fell in love with acting when she was 12, and watched movies and TV series on a daily basis. Céline was 15 when she made her debut film appearance, playing Emilie in the critically acclaimed 2011 action adventure drama “War Horse”, directed by Steven Spielberg, and which starred Jeremy Irvine, Emily Watson and David Thewlis. It follows Young Albert whose horse has been sold to the cavalry, and who because of this, has joined the British forces fighting in World War I; the movie won 15 of its 98 award nominations, including six Oscar nominations.

Céline didn’t appear in any movies or TV series in the following five years, wanting to focus on her education. Upon matriculating in 2014, she enrolled at the London School of Economics and Political Science, graduating with a Bachelor’s degree in history in 2017.

Céline played the main character Vanessa Kentworth in the 2016 short historical drama “The Rain Collector”, and then Mia in the 2018 adventure comedy drama “Free Rein: The Twelve Neighs of Christmas”, directed by Marek Losey, and which starred Jaylen Barron, Billy Angel and Manpreet Bambra; the movie follows the lives of girls Zoe and Gaby.

Céline starred as Elsa in the 2018 short drama “Ne M’oublie Pas”, and her only other film role has been her portrayal of Annalise in the hit 2019 mystery crime drama “The Good Liar”, directed by Bill Condon, and which starred Helen Mirren, Ian McKellen and Russell Tovey. It follows conman Roy Courtnay who’s trying to steal millions of dollars from a recently widowed woman – the film was nominated for five awards.

Céline’s currently shooting for the upcoming short drama “Express”, and the drama “The Man in The Box”.

Emilie receives her birthday present from her grandfather.

Céline’s debut TV series role was in the 2017 episode “Lazaretto” of the critically acclaimed mystery crime drama “Endeavour”; it starred James Bradshaw, Roger Allam and Shaun Evans, and follows Endeavour Morse as he’s working for the police between 1965 and 1971. The series aired from 2012 to 2022, and was nominated for four awards.

Between 2017 and 2019, Céline starred as Mia in the action adventure comedy “Free Rein”, created by Anna McCleery and Vicki Lutas, and which starred Manpreet Bambra, Jaylen Barron and Freddy Carter. It follows 15 years old Zoe who’s befriended a horse during her summer vacation – the series won four of its 15 award nominations.

The year 2020 saw Céline play Sophie Mercer in the action crime drama “Warrior”, created by Jonathan Tropper, and which starred Jason Tobin, Olivia Cheng and Andrew Koji. It tells the story of martial artist Ah Sahm who moved from China to San Francisco, California USA in the late 1800s, joining the most powerful Chinatown tong; the series won one of its 10 award nominations.

Céline’s appeared in only one other TV series: she played Kitty Langham in the 2020 episode “Oceans Apart” of the historical romantic drama “Bridgerton”.

She’s currently shooting for the upcoming drama “The Ex Wife”.

A dream becomes a nightmare.💍#TheExWife comes @ParamountPlusUK! Follow the story of a woman who finds a blotch on her life growing…

Céline wrote, produced, directed and edited the 2021 short comedy movie “Prangover”; it starred Nell Williams and Rawaed Asde, and follows a girl and a boy who want to have sex, but don’t have a condom.

Céline’s keeping the details of her love life to herself, and hasn’t spoken of any boys (or girls) whom she might have been with.

This is perhaps why some of Céline’s fans believe that she’s lesbian, claiming that Céline’s perhaps not yet ready to come out of the closet; a fan has claimed that he’s seen a girl resembling Céline spending time with her girlfriend at an LGBT club, but no evidence has been provided to support these claims.

There are also those who believe that she might be dating a British man today, but prefers to keep him away from media; this also remains unconfirmed.

Céline seems to be unattached as of September 2022, hasn’t married and doesn’t have children.

Céline’s into languages, and is today fluent in both English and French, and can also speak a bit of Italian.

She enjoys running her Instagram account, and has posted over 100 pictures onto it, while she’s today followed by nearly 130,000 people.

Céline works out on a daily basis, whether at her home or at a local gym, as it’s important for her acting career to stay in shape.

She likes to drink alcohol, and her favorite is red wine.

Céline’s career’s taken her to a couple of European countries and US states – her dream travel destination’s Tokyo, Japan, mostly because she’s a huge fan of the movie “Hachi: A Dog’s Tale”.

Her favorite actresses are Natalie Portman and Kate Winslet, and some of her favorite movies include “Black Swan”, “Closer”, and “No Strings Attached”.