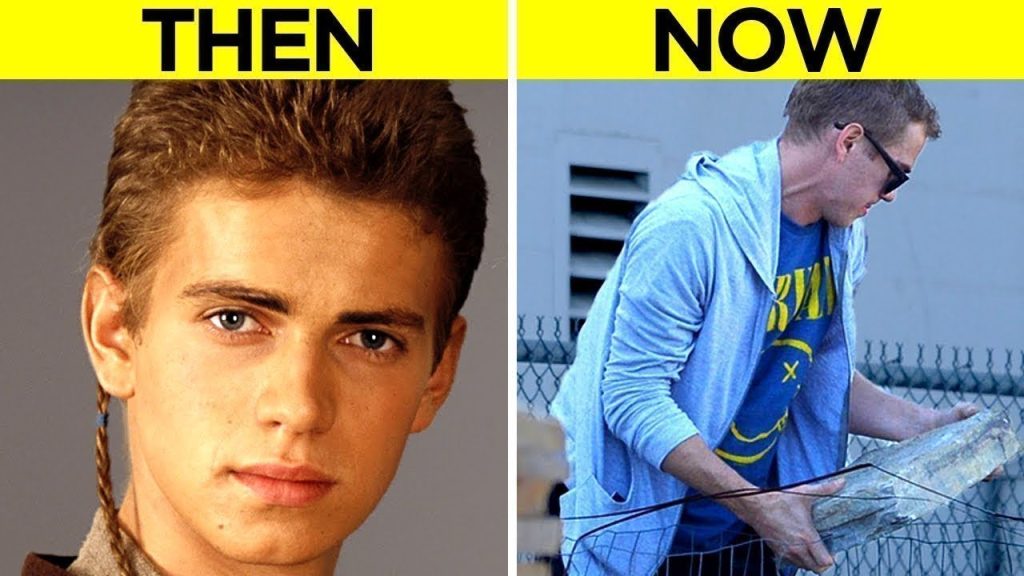 Fame doesn’t last forever: with established household names being replaced by TikTok sensations, YouTubers attending the MET Gala, and the slow death of the music industry thanks to viral Soundcloud singles, it’s clear that pop culture is evolving at a dizzying rate. These days, more and more celebs are taking up regular jobs, or branching out into different fields in an attempt to stay afloat: here are eleven examples.

Of the three Jonas brothers, some cruel netizens have always claimed that Kevin lacked the necessary star power to be a successful celeb without his two siblings backing him up. The eldest sibling, who bought his own property at the young age of 21, now resides in New Jersey, and works as a contractor and co-owner of Jonas/Werner Fine Custom Homes.

Got the goods for my girls 😍 Emmy is going to be so excited to have @kevinjonas’ book! pic.twitter.com/FLmq69EPx7

Although he’s not strapped for cash with a net worth estimated at $40 million, Kevin has made a nice chunk of change since he began transforming mansions with potential in 2020, and seems to have no regrets about leaving the limelight behind. The former teen heartthrob’s impressive property portfolio, which has been reported on by dozens of news outlets in just two years, comes as a result of his business acumen and attention to detail.

Sarah Michelle Gellar of “Buffy the Vampire Slayer” fame, was spotted by a talent agent at just four years of age, and made her screen acting debut at six. After a long and fruitful career which included roles in “The Grudge”, “Scooby-Doo”, and “Veronika Decides to Die”, the actress and producer turned her creative talents to the world of entrepreneurism.

Having been considered an international sex symbol throughout her 20s, many feared that Sarah would age out of the industry, and quietly fade into the background after hitting her peak. Luckily, the intelligent blonde teamed up with Galit Laibow and Greg Fleishman in 2015 to co-found Foodstirs, an e-commerce and retail food crafting brand selling organic baking mixes and kits for families.

Between the beginning and end of 2017, the brand’s products became available in 8,000 stores, following a surge of interest from retailers. The following year, Foodstirs and Starbucks inked a deal to sell mug cake mixes in thousands of the coffee giant’s stores. Sarah also released a cookbook in April 2017 entitled “Stirring up Fun with Food”.

A far cry from his twin brother, Cole, who transitioned smoothly from “Suite Life of Zack & Cody” to “Riverdale” and other angsty roles, Dylan has left showbiz behind to open a mead brewery in Brooklyn, New York City. In 2020, Page Six exclusively reported on how the former actor got way with brewing mead in his NYU dorm room, because his roommate was never around.

Upon graduating in 2015, Dylan started his brick-and-mortar mead business, All-Wise Meadery. His interests in history, literature, and brewing overlapped, and the celebrity also shared in an interview that thanks to his Danish and German roots, he read a lot about the practice while growing up. “It naturally progressed. And then I kept brewing it, and I tasted a lot of it, and I realized everything on the market wasn’t exactly what I like to drink,” he explained.

With rappers having a limited shelf life, MC Hammer was just one of many musicians forced to reinvent himself when his fifteen minutes of fame were up. After blowing his $70 million fortune on extravagant purchases such as 21 racehorses, 17 luxury cars, and marble statues of himself, the lyricist filed for bankruptcy in 1996 – just six years after winning three Grammy awards, and having sold tens of millions of albums around the world.

From employing 200 staff members and installing a gold hot tub in his room, to having to sell his multimillion-dollar mansion for a fraction of what he’d bought it for, MC Hammer became a cautionary tale to new rappers on the scene. Later on, he rebranded himself as a minister, and is now an investor and consultant for eight tech companies.

Thank you Laurene Powell Jobs for all your hard work and commitment to #Collegetrack pic.twitter.com/YNrBkF8Ekn

The former professional boxer George Foreman enjoyed a good run in the late 1960s and ‘70s, and retired at the age of 48 with a record of 76 wins and just 5 losses. Being inducted into the World Boxing Hall of Fame and International Boxing Hall of Fame would be the pinnacle of greatness for most, but the talented world champion didn’t stop there: after retiring, he rebranded with the George Foreman Grill.

And I'll sell you the steak too!#JustKeepGrilling#GfButcherShop

George was approached by Salton, Inc. to be the spokesman for the company’s fat-reducing grill, which had sold over 100 million units by 2009. Although the former boxer has yet to confirm how much he’s earned from the endorsement, the company paid him a staggering $138 million in 1999 for the right to use his name. Prior to that, he earned roughly 40% of the profits on each grill sold – an estimated total of over $200 million through 2011.

Married five times and spiritually reborn, the millionaire entrepreneur has five sons and several daughters, and once explained why he named all his male children George Edward Foreman: “…so they would always have something in common. I say to them: ‘If one of us goes up, then we all go up together’.” Although his children are yet to reach his levels of celebrity, George III is also a boxer and entrepreneur, while his daughter Freeda held a 5-1 record as a pro boxer before her tragic suicide at the age of 42.

Twitter and other social media platforms arguably helped Mara – the beloved former child star of “Mrs Doubtfire” and “Matilda” fame – make her comeback as an author. Sadly, the latter film was dedicated in memory of her mother, who died of breast cancer in 1996.

Diagnosed with OCD at the age of 12, and ADHD in later years, Mara’s childhood was far from easy, as her mother’s untimely passing affected her passion for acting. After graduating California’s Idyllwild Arts Academy, she relocated to New York City and studied at the famous Tisch School of the Arts, but largely shied away from acting roles.

These days, Mara is a successful author, with titles that include “Sheeple” and “Where Am I Now?: True Stories of Girlhood and Accidental Fame”. She is also a passionate advocate for mental health awareness, and previously collaborated with Project UROK, a nonprofit organization aiming to aid adolescents with mental illness.

Despite her career peaking with a supporting role in Adam Shankman’s “Hairspray” – which earned her two Critics’ Choice Awards and a Golden Globes nomination – Nikki put her other talents to brilliant use, and earned her cosmetology license in 2011. In the same year, the bubbly brunette began working part-time as a make-up artist and hairstylist in her hometown, when not busy attending acting auditions.

Nikki is currently a hairdresser and cosmetologist, based in her native Long Island. In 2020, she also became something of a social media personality, after launching a vlogging series via her Instagram account and having a couple of viral TikTok moments. Although not much is known about her personal life, the former actress publicly came out of the closet in a video set to Diana Ross’s “I’m Coming Out”.

Known as “The Sherminator” to fans of the hilariously crude “American Pie” franchise, Chris Owens is an actor and photographer, who also works as a waiter in an LA-based sushi restaurant. Unbeknownst to many, the Michigan native began acting at the young age of 10, after his family relocated to California. Some of his earlier titles include “Major Payne”, “She’s All That”, “October Sky”, and “Angus”.

In 1999, Chris’s breakthrough role finally came with his interpretation of Chuck Sherman. However, after reprising his role in all the sequels of “American Pie” – including the straight-to-DVD spin-off “American Pie Presents: Band Camp” – acting work dried up, and it was later revealed in a New York Daily News article that Chris was earning a much humbler living as a sushi restaurant waiter.

Limited acting roles – worked as a Sushi Waiter in 2012. pic.twitter.com/8wmzYCTqBl

In the article, published in 2014, Chris said: “Life doesn’t always go the way you planned. I love acting and this job lets me stay in the fight.” Thanks to the much-needed publicity, the actor appeared in two films and had a minor role in “Criminal Minds” after its publication.

Ferdinand Lewis Alcindor Jr.,  converted to Kareem Abdul-Jabbar, played 20 seasons in the NBA as a center for the Los Angeles Lakers and Milwaukee Bucks. Proving himself a priceless addition to any team, Kareem was a record 19-time NBA All-Star, a 15-time All-NBA Team member, and a 6-time NBA Most Valuable Player, and is often rated a top 3 player in NBA history, and the greatest of all time by many.

After leading the Bucks to its first NBA championship in 1971, Kareem adopted the Muslim name he’s known by today. His retirement came at the age of 42 in 1989, when he was the NBA’s all-time leader with 38,387 points, 1,560 games played, and 1,074 career wins. However, the sportsman’s story didn’t end there – from gaining martial arts training from Bruce Lee himself, to being an actor and best-selling author, there’s nothing the NYC native can’t do.

These days, Kareem is a respected writer and activist, with most of his works centering on African-American history. His first book, written with co-author Peter Knobler in 1983, was a roaring success and named after John Coltrane’s jazz album “Giant Steps”. Some other titles include “Brothers in Arm: The Epic Story of the 761st Tank Battalion”, and “On the Shoulders of Giants: My Journey Through the Harlem Renaissance”.

Also regarded as one of basketball’s best players, and particularly centers of all time, Shaquille “Shaq” O’Neal has never strayed far from the limelight, even after retiring from the sport. With a career spanning decades, a colorful love life, and four rap albums under his belt, some would argue that the beloved household named is far from regular, despite working more discreet jobs.

Some of Shaq’s many professional ventures over the years include producing electronic music, touring as a DJ by the name of DIESEL, and an acting career with roles in “Blue Chips” and “Kazaam”. From 2013 to 2022, the entrepreneur was a minority owner of the Sacramento Kings, of the National Basketbell Association (NBA), and he is currently the general manager of Kings Guard Gaming of the NBA 2K League. In 2005, the basketball pro also dabbled in law enforcement. and was subsequently given an honorary U.S Deputy Marshal title.

Although Shaq’s currently going through a rough patch in his love life, and lamenting his divorce from Shaunie O’Neal, who faithfully stuck by his side throughout years of alleged infidelity until she found love again with a well-known pastor, we’re sure that he’ll have no trouble keeping himself distracted with his busy career.

The singer/songwriter, pastor and Al Green is known for his soul singles “Take Me to the River”, “Tired of Being Alone”, “Love and Happiness”, and his signature hit “Let’s Stay Together”. Following his girlfriend’s tragic suicide, Al turned to gospel music and became an ordained pastor – and although some fans claim that the devastating incident sparked the singer’s spiritual rebirth, naysayers are quick to cite his diminishing popularity as a musician in the late 1970s.

Dubbed “one of the most gifted purveyors of soul music” and inducted into the Rock ‘n’ Roll Hall of Fame in 1995, Al has also won a Grammy Lifetime Achievement Award, and is a Kennedy Center Honors recipient. Unfortunately, his professional accomplishments are overshadowed by various assault and battery charges, including a civil suit from his former secretary who alleged that the soul singer beat her, and shoved her through a glass door following a work-related dispute.

These days, Al is enjoying a lowkey lifestyle with his nearest and dearest. The reverend is spending his golden years in Arkansas, but has several tour dates lines up for the next few months to keep the money coming in.