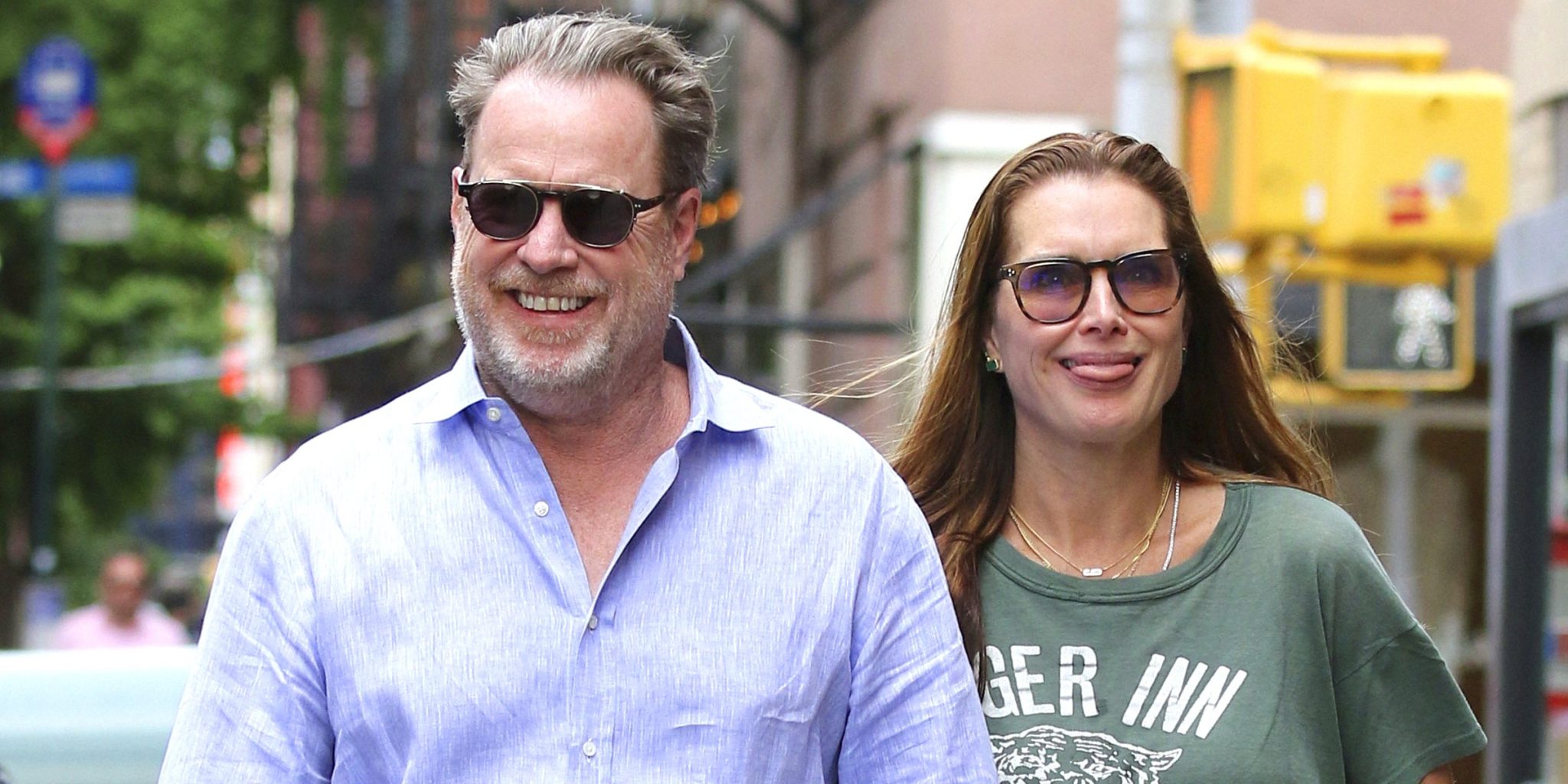 Chris Henchy is an American screenwriter and producer., probably best known for being a creative collaborator along with actor Will Ferrell, including co-creating the website Funny or Die, and writing several Ferrell films, including “Land of the Lost”, “The Other Guys” and “The Campaign”.

Christopher Thomas Henchy was born on the 23rd March 1964, in New York City, USA. He is the only child of Patricia and Michael Henchy; the latter being a retired Colonel. He spent his childhood years in Augusta, Georgia, where he attended Saint Mary on the Hill Catholic School followed by Friendswood High School. After matriculating from high school, Chris enrolled at the University of New Mexico, and graduated with a Bachelor of Science degree in finance. He returned to his hometown of New York to pursue a career in finance, working on Wall Street.

After leaving his job on Wall Street in the early 1990s, he got his first gig on MTV writing original jokes for the comedy “The Larry Sanders Show”. A few years later he became a writer for “Campus Cops”, and wrote a couple of other pieces for series and special episodes. He wrote for awards such as The 49th Annual Prime time Emmy Awards, and The 74th Annual Academy Awards before being a regular writer for the comedies sitcoms “Spin City”, “Battery Park”, “I’m With Her”, and “Entourage”. He wrote the first episode of the TV series, “Funny or Die Presents…” followed by “Land of the Lost”, “Big Lake” and “The Other Guys” that same year. The following year he wrote the screenplay for “The Navy Seal Who Killed Osama Bin Laden”, “Winning Recipes”, followed by “The Campaign”. His most recent writing role was “Impractical Jokers: The Movie” in 2020.

Chris made his debut as a producer in 2000, when he created and produced “Battery Park”, a television show starring Henry Winkler and Elizabeth Perkins. He went on to write and produce the television shows “Spin City” and “Life With Bonnie”, the latter based on Chris’s relationship with Brooke Shields; the show was cancelled by ABC after its first season on air. He was the executive producer of “Entourage” and “I’m With Her”, after which he produced the video shorts “Paris Hilton Responds to McCain Ad”, “High-Five Hollywood!”, “Prop 8: The Musical” and “The Goods: Live Hard, Sell Hard”.

In 2010, he served as executive producer for “The Other Guys”, “Big Lake”, “Carpet Bros” and “Brick Novax’s Diary”. The following year he produced the television shows “Between Two Ferns with Zach Galifianakis”, “Bachelorette”, “The Campaign” and “Hansel and Gretel: Witch Hunters”. More producing credits followed over the years, including “Daddy’s Home”, “Get Hard”, “The House”, “LA to Vegas” and “Holmes and Watson”. His most recent producing credits were in 2020, with “Impractical Jokers: The Movie” and “Eurovision Song Contest: The Story of Fire Saga”. He is currently a member of the Creative Council of Represent Us, an organization that fights corruption.

Chris first met actress and model Brooke Shields in 1999 at the Warner Bros. parking lot, when the latter’s puppy, Darla wandered off. At the time, Brooke was shooting the show “Suddenly Susan”, while Chris was writing for another show there. He happened to find the wandering puppy, and returned her to Brooke, who was appreciative of the kind gesture. She recalls Chris being funny and thoughtful, and they became instant friends. The pair met again in Washington on a show hosted by Brooke and written by Chris, and grew closer. The couple became engaged in July 2000, while on vacation in Cabo San Lucas, in Mexico; Chris proposed with an antique diamond engagement ring. In April of the following year, the couple invited their close friends and family to a dinner party at the Ritz-Carlton Hotel in California. The party was then taken a further 26 miles over the water to a mansion on Catalina Island, where they were pleasantly surprised by Brooke in her wedding dress. It was later reported by ABC News that the ceremony was a ruse in hopes of throwing off paparazzi, and a persistent stalker and harasser—Mark Bailey. The real ceremony took place a month later in an intimate and private ceremony.

The couple were informed of the scarring on Brooke’s cervix, as a result of surgery to remove cancerous cells a few years before, which prevented her from becoming pregnant. When the doctor said that Brooke’s cervix was ‘incompetent’, Chris said, ‘Please, Doctor, we don’t like to use the word ‘incompetent’ in our house. Could you just say she has a ‘special’ cervix, or that she is simply ‘cervically challenged?’’. The couple tried various methods such as artificial insemination and in vitro fertilization treatments; although the whole process was tough and upsetting to the couple, they remained strong and willing to overcome it.

In May of 2003, the couple were blessed with their first child, a daughter they named Rowan Francis Henchy – apparently, the proud parents chose the name Rowan because they liked the sound of the Irish name and the folklore around it, and the middle name in honor of Brooke’s father who passed away a few weeks before her daughter’s birth. Their second daughter came in April of 2006, and was named Grier Hammond Henchy. Her birth was called a miracle since it happened naturally. Brooke recalls, ‘… all our jaws dropped’.

Brooke Christa Shields was born on the 31st May 1965, in Manhattan, New York City, USA, to model Teri Schmon and businessman Frank Shields. She has very mixed English, Scottish, German, Welsh, French and Italian ancestry. When she was conceived, her father’s family paid for her to be aborted but her mother disagreed and gave birth to Brooke anyway. Her parents eventually wedded, but divorced when Brooke was just five months old; consequently, she has five step siblings. Her primary education was at New Lincoln School, and she matriculated from Dwight-Englewood School in New Jersey; she achieved her bachelor’s degree in French literature from Princeton University in 1983.

Her modelling career had begun when she was 11 months old, represented by agent Eileen Ford. She went on to model for magazines such as Vogue, Playboy Press and Time magazine. By the time she reached 16, she had numerous credits as a fashion model and child actress. Her first few films include “Pretty Baby”, “Wanda Nevada”, “Blue Lagoon” and “Endless Love”. She appeared in the television shows “Alice’s Adventures in Wonderland”, “The Muppet Show”, “Friends”, “That 70’s Show” and “The Simpsons”, to name a few. She also appeared in “Bob the Butler”, “Furry Vengeance”, “The Hot Flashes”, “Chalet Girl” and “The Other Guys”. She voiced roles in “Justice League: The New Frontier”, “Unstable Fables: Goldilocks & 3 Bears Show”, “A Monstrous Holiday” and “Adventure Planet”. Her most recent roles are in the films “Daisy Winters”, “My Boyfriend’s Meds” and “A Castle For Christmas” and the television shows ”Murphy Brown”, “Momma Named Me Sheriff” and “Would I Lie to You?”.

Chris is a male of Caucasian ethnicity and American nationality. He stands tall at 6ft 1in (1.85m) and weighs around 155lbs.(70kg). He has light brown hair, bright blue eyes and no tattoos. Concerning his clothing style, the producer can be seen wearing formal wear at his red carpet appearances, but prefers simple and comfortable clothing.

Most of Chris Henchy’s net worth and salary are derived from his career as a screenwriter and producer. Authoritative sources cite his net worth to be around $50 million, a bit more than his wife’s net worth of $40 million. The couple have multiple homes in cities such as New York, and Los Angeles.