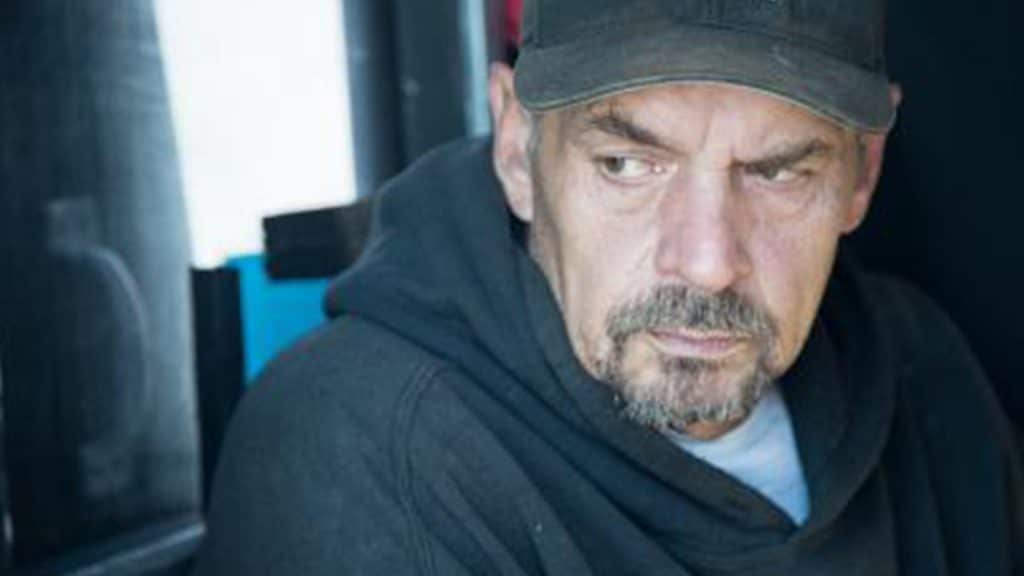 What is “Bering Sea Gold”?

The crew members head out on boats which are all equipped with a life support system for cold-water diving, a sluicing apparatus, and a dredge. As is often the case with reality shows, the stars are plagued by problems: equipment failures, poor underwater visibility, fuel delivery issues, and unfavorable weather conditions to name a few.

Several but not all of the crew members appear in both the spring and summer dredging seasons. During the spring dredging seasons, they are temporarily housed in shelters over the ice holes, and must also battle against a host of weather-related issues and other obstacles. Thom Beers, the executive producer, narrated the first two seasons, with Mike Rowe taking over from season three onwards.

The stars of “Bering Sea Gold” are Shawn Pomreke, Emily Riedel and Kris Kelly, who have appeared in almost every episode since its premiere. Shawn and Emily were first introduced to the public in Season One, Shawn as the co-owner and captain of the Christine Rose, and Emily as the deckhand on The Clark. Shawn and Emily appeared in both segments of season one. During the spring ice dredging season, Shawn and his crew were filmed on a different dredge named Shamrock.

Shawn is certainly a colorful character, who has been arrested on several occasions over the years, mainly for driving under the influence – in one such incident, he was arrested without his court-assigned car breathalyzer. Despite managing to stay on the straight and narrow since 2013, some viewers are highly critical of Shawn, and wonder if he’s really up to the job of running his father Steve’s gold dredging business.

Born in March 1975 in Minnesota, USA, Shawn was raised with his two siblings, Erick and Nikki by their parents Steve and Catherine. In 1986, the family moved from Minnesota when Steve – who also appears on the show and is a veteran gold miner – accepted a mechanics job in Alaska. At the age of 14, Shawn began working alongside his father when he switched from mechanic to gold miner, thus learning all the tricks of the future family trade. At the time, he was also studying at Beltz High School near Nome.

The entrepreneur and TV personality has an Alaska-based company, Pomrenke Mining LLC, through which he runs his gold dredging operations. He and Steve operate the Christine Rose together, and make an excellent team despite their different approaches to business and life in general. In the past, Steve also doubted his son’s work ethic and consistency, but Shawn has proved himself more than capable, and even earned the nickname “Mr. Gold”.

Shawn’s two eldest children, Dylan and Emily, were born from his first marriage. The TV star’s ex-wife, Jeanette Koelsch, is an Alaskan native who does her best to support her community and the local people. Jeanette champions many noble causes, and after graduating from college, worked at Bering Land Bridge National Preserve as a park ranger. Having climbed up the ranks, she currently holds a superintendent position at the organisation.

With that said, Shawn and Jeanette’s time together remains a mystery, as they had divorced before “Bering Sea Gold” aired. Season One viewers will remember that his fiancée at the time, Jenny Schield, was first introduced to the public in the show’s second episode. Ultimately, Shawn and Jenny would marry and have a son together named Luke – and although that relationship didn’t work out either, they remain on good terms, and are focused on co-parenting.

Shawn wasted no time in moving on, and is currently in a committed relationship with a glamorous brunette named Monica Gomez. The couple frequently feature on each other’s Instagram profiles, but it appears that the gold miner is in no rush to get married for the third time – and really, can we blame him?

It is perhaps an understatement to say that Shawn and his father Steve are polar opposites. Steve was born in Minnesota in August 1952, and was brought up on a dairy farm, where he perfected his mechanical skills and earned himself the nickname of “Repair Steve”. His first job was as a diesel mechanic who would later open his own repair shop. Upon relocating to Alaska with his family in 1986, Steve worked at the same company for four years, and was in charge of fixing mining machinery. Never taking a day off, he also worked weekends, and whenever he had some free time.

For Steve, the switch from mechanic to gold miner was slow and steady: his good friend Dan Walsh agreed to teach him how to mine, in exchange for machinery-fixing lessons. Thanks to Dan’s help and using borrowed equipment, Steve extracted 23 ounces of gold in under two weeks at the famous Anvil Creek, so in 1992 he changed career paths completely and became a full-time gold miner.

I think I have it #Goldfever

Now having opened his first pit mine in Alaska’s Triple Creek, Steve also worked in the real estate industry during the cold winters, when the freezing temperatures made gold mining impossible. After over a decade of consistent success mining at Triple Creek, the Pomrenke patriarch made a big gamble in deciding to return to Anvil Creek. Unfortunately, the gamble didn’t pay off, and he lost almost $500,000 in three years.

Never one to be defeated, Steve did the impossible in buying the Christine Rose, and set out to sea with his son. The duo was incredibly lucky, and mined 2,000 ounces of gold during their first voyage. Steve and Shawn’s tenacity, daring, and expertise saved them from the verge of financial ruin, as they found an exciting, if even more dangerous new opportunity to make millions of dollars.

Like his son, Steve is also a divorcee. The ins and outs of his first marriage to Catherine remain unknown, as she prefers to stay low-key, and has shied away from media outlets. Steve found love for the second time with Christine Skiba, a native Alaskan, married in 1999, and the pair have been together ever since.

A third-generation Alaskan, Emily Riedel was born in July 1988, and is praised for holding her own in a male-dominated industry. Credited for being the first woman to engage in professional gold dredging in the Bering Sea, the vivacious blonde is seen as a pioneer by her ever-growing fanbase.

Emily was introduced to viewers as the deckhand on The Clark, her childhood friend Zeke Tenhoff’s boat. The divers, Steve Riedel and John Bunce, were Emily’s father and Zeke’s best friend respectively, making for a tight-knit but at times stressful environment. As it happens, Emily and Zeke used to date, but realized that they were better as friends.

With a bright future in the mining industry, in Season Three Emily became the owner of her own vessel, The Eroica, However, things began going downhill for the Alaskan native, when all her divers – Spencer McCleskey, Shem Fogelman, and Derek McLarty – left halfway through the season after she failed to turn up to work for over two weeks running. Nevertheless, she fought to salvage her reputation, and is now dubbed one of the most recognizable faces in the trade.

What many fans of Emily don’t know is that she could’ve easily had a singing career, if it hadn’t been for her passion for gold mining. When the TV star was a high school student, her mother relocated to North Carolina, and asked if she’d be interested in studying at the University of North Carolina School of the Arts (UNCSA). Despite having sung for many years, Emily hadn’t studied sight reading, music theory, or other related subjects, and decided to take an intensive summer course to brush up on her knowledge, and audition for UNCSA’s vocal performance program.

Student life was challenging for Emily, as she claims that it was her first time in an “orderly academic environment”. The Alaskan also found her new classmates intimidating, and thought that they were much better – or at least, more knowledgeable – than her. Following a challenging first year, Emily worked hard to grow, learn, and improve as a student. She was helped by faculty members in the Division of Liberal Arts and the School of Music, and graduated from UNCSA four years later with a vocal performance studies degree.

After graduation, Emily planned on perfecting her singing and language skills by travelling to Austria and Germany. Her ultimate goal was an opera singing career – but she soon realized that she needed money to travel. This is when Zeke suggested that she travel to Nome, and spend the summer working there to save up money.

Coincidentally, a team working for Discovery traveled to Nome that same summer with intention of developing a reality show based on the gold dredging industry on the Bering Sea. The team had also heard about Emily and were interested in her story, thus offering her the chance to appear in “Bering Sea Gold”; one thing led to another, and Emily gave up on her singing aspirations, although she has done a few gigs on the side. “Sometimes, there is a sadness that I did not pursue opera professionally,” she confessed in an interview with UNCSA.

Luckily, everything worked out for the blonde despite the occasional hiccup along the road. Emily welcomed their first child, Evelyn Isobel Trokey, with her husband Alex in March 2022. In an official birth announcement, Emily shared that her daughter weighed eight pounds eight ounces, about 4kgs, and already had three nicknames – “Evie Bell”, “Baby Bear”, or “Evie”. Emily and her husband have spent the last few months settling into life as new parents.

Brad Kelly, another cast member on “Bering Sea Gold”, became the talk of the town in July 2022, when he was sentenced to prison time for domestic violence charges after assaulting the mother of one of his children. Hospital staff informed the police that the victim had suffered life-threatening head injuries.

In a police report obtained by TMZ, it was revealed that the woman fell asleep after an argument with Brad, and woke up to find the disgraced TV star standing over her “in a pool of her own blood”. When police arrived, Brad told them that the victim had fallen and hit her head on the table, but he was charged with second-degree assault domestic violence.

Brad pleaded guilty to felony assault, with prosecutors dropping the remaining charges. The gold miner was sentenced to four years in prison, with three suspended, and his lawyer was confident that Brad could be released after eight months as long as he didn’t get into trouble while incarcerated. Upon release, Brad would be on probation for five years.

The Kelly family has been part of “Bering Sea Gold” since Season Two. Brad, the family patriarch, worked as a diver on the series alongside his sons Kris and Andy. His ex-wife Wendy also appeared in the show at various times, but it’s common knowledge that the pair aren’t on the best of terms after splitting up, as can be demonstrated by their decades-long feud. It remains unclear if Wendy was the victim of Brad’s assault, and how this has impacted the relationship between Brad and his sons.

Kris and Andy are both highly emotional and impulsive, with Kris suffering from frequent on-screen meltdowns and Andy getting into physical spats with his father. The relationship between Andy and Brad has been so fraught with tension that some viewers think it’s scripted. It remains to be seen if Discovery will axe the Kelly family from the show altogether, to avoid possible negative publicity, or give the second-generation Kellys a chance to prove themselves. You will discover the answer soon enough!