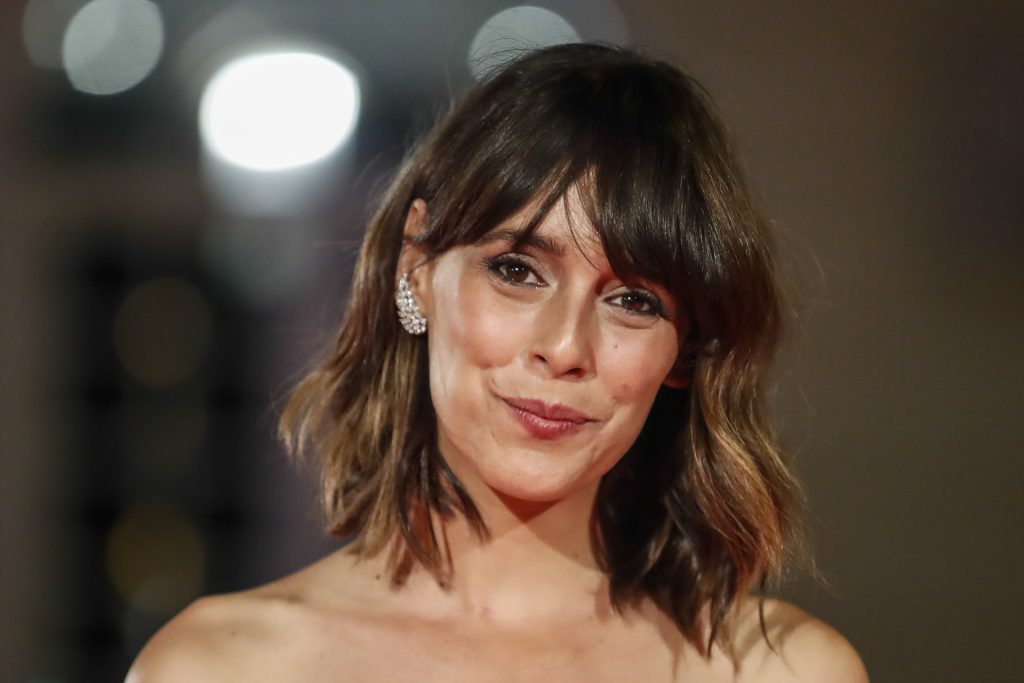 Who is Belén Cuesta?

Belén was born in Seville, Andalusia, Spain, on 24 January 1984 – her zodiac sign is Aquarius, and she holds Spanish nationality. She’s an actress with close to 50 credits to her name, while she’s perhaps known best for her portrayal of the lead character Magui in the critically acclaimed comedy series “Paquita Salas”, created by Javier Ambrossi and Javier Calvo, and which also starred Brays Efe and Lidia San Jose. It follows talent agent Paquita who’s lost an important client, and has now begun searching for new stars; the series aired from 2016 to 2019, and won five of the 23 awards for which it was nominated.

Belén was raised in Fuengirola, Malaga, Spain by her father Andres and mother whose name hasn’t been disclosed; not a lot is known about Belén’s parents, as she respects their privacy. Because she hasn’t spoken of having any siblings, it’s widely believed that Belén’s an only child.

She became interested in acting while attending Escuela Superior de Arte Dramatico, Belén was a member of its drama club, and appeared in many plays performed at the school, as well as several played at a local theatre.

Upon matriculating in 2001, she moved to Madrid, Spain and enrolled at college, from which she graduated with a Bachelor’s degree in 2004.

Belén made her debut film appearance in the 2007 short drama “L. A: Los Angeles”, and gained recognition in 2009, with her portrayal of a supporting character in the mystery thriller “Hierro”, directed by Gabe Ibanez, and which starred Elena Anaya, Bea Segura and Mar Sodupe. It follows a mother whose son’s gone missing, and the movie won two of the four awards for which it was nominated.

A couple of Belén’s following roles were in the 2010 short comedy drama “Camas”, and in 2011 the dramas “Operacion Malaya” and “Perro Flaco”. She next portrayed the lead character Chica Guapa in the 2012 romantic comedy drama “La Montana Rusa”, written and directed by Emilio Martinez Lazaro, and which also starred Veronica Sanchez and Ernesto Alterio. It follows three childhood friends who’ve met again as adults, and the movie was nominated for an ASECAN Antonita Colome Award for Best Female Performance (Veronica Sanchez).

The year 2016 saw her play a supporting character in the romantic comedy “Kiki, Love to Love”, written and directed by Paco Leon, and which also starred Natalia de Molina, Alex Garcia and Jacobo Sanchez. It follows a couple who want to experiment with their sexuality, and the movie won three of the 17 awards for which it was nominated.

Three of Belén’s most recent film roles have been in the short science fiction “Hormigueddon” and the comedy “The People Upstairs” both in 2020, and the 2022 romantic comedy “Un Novio Para mi Mujer”; she’s currently shooting for the upcoming movie “El Cuco”.

Belén made her debut TV series appearance in the 2008 episode “Operacion Ojos Cerrados” of the thriller “Cazadores de Hombres”, and the following years saw her appear in an episode or two of a couple of series, such as the comedy “¿Qué fue de Jorge Sanz?”, the fantasy comedy drama “Angel o Demonio”, and the comedy “Palomitas”.

In 2012, she played Elisa de Vega in five episodes of the action crime adventure “Bandolera”, and was then cast to play supporting characters in the romantic adventure drama “Amar en Tiempos Revueltos”, the historical adventure drama “The Time in Between” and the thriller drama “Vis a Vis”.

The year 2015 saw Belén star alongside Antonio Resines and Monica Estarreado in the comedy “Aqui Paz y Despues Glorida”, and the following year saw her play the lead character Carol in the popular comedy “Buscando el Norte”, created by Oriol Capel and David S. Olivas, and which also starred Antonio Velazquez and Kimberley Tell. It follows siblings Carol and Alex who’ve moved to Berlin, Germany in search of a better life, but don’t speak a word of German.

Three of Belén’s most recent roles in TV series have been in four episodes of the 2019 comedy “Mira lo Que has Hecho”, 20 episodes of the action crime drama “Money Heist” (original “La Casa de Papel”) between 2019 and 2021, and eight episodes of the 2022 biographical drama “Cristo y Rey”; she’s currently shooting for the upcoming series “Balenciaga”.

Belén worked as a child coach on the 2009 mystery thriller movie “Hierro”; she also received special thanks for both “Hierro”, and the 2016 musical comedy film “Party Town”.

She sang the song “Secretaria” in the 2016 episode “Divacel” of the series “Paquita Salas”, and three songs in the 2017 musical movie “Holy Camp!”

Belén’s been featured in a couple of documentaries, such as the 2019 TV special “Premios Goya 33 Edicion”, and the 2021 mini-series “Money Heist: From Tokyo to Berlin”.

She’s made a guest appearance in many talk-shows, most recently in “Dias de Cine”, “La Noche D” and “¡Atención obras!”

Belén’s won 10 of the 28 awards for which she’s been nominated. Some of her wins include a 2018 Palmarés Blogos de Oro Award for Best Supporting Actress (Mejor Actriz de Reparto) for “La Ilamada”, a ASECAN Award for Best Lead Actress and a Feroz Award for Best Actress in a Leading Role, both in 2020 for her performance in “La Trinchera Infinita”.

Even though Belén prefers to keep the details of her love life to herself, it’s still widely known that she’s today taken. Since 2012, she’s been in a relationship with Spanish actor Tamar Novas Pita, whom she met on the set of the series “Bandolera”; Tamar’s two years her junior, has appeared in over 40 movies and TV series, and is perhaps still known best for his portrayal of the lead character Diego in the 2009 romantic thriller movie “Broken Embraces”.

Belén hasn’t mentioned any other men whom she’s perhaps been with, and as of August 2022, she’s in a long-term relationship with Tamar Novas Pita, hasn’t married and doesn’t have children.

Belén’s highly active on Instagram, and seems to be enjoying the attention which she’s receiving from her close to one million followers; she’s uploaded over 1,200 pictures onto the network, the majority of which feature her during her everyday life.

Belén’s physically highly active, and has multiple training sessions at the gym every week, while she also follows a strict diet, avoiding fast food and sweets.

She’s passionate about travelling, and her acting career’s taken her to various European countries and a couple of US states, while her dream travel destination’s Sydney, Australia.

Belén has her own favorite actors and actresses, some of whom are Al Pacino, Leonardo DiCaprio and Anne Hathaway, while a couple of her favorite movies are “Scent of a Woman”, “Titanic” and “One Day”.

Is she transgender in real life?

Because Belén portrayed a transgender character in the popular series “Money Heist”, some of her fans believe that the popular actress in perhaps transgender in real life, however, she’s denied these rumors.