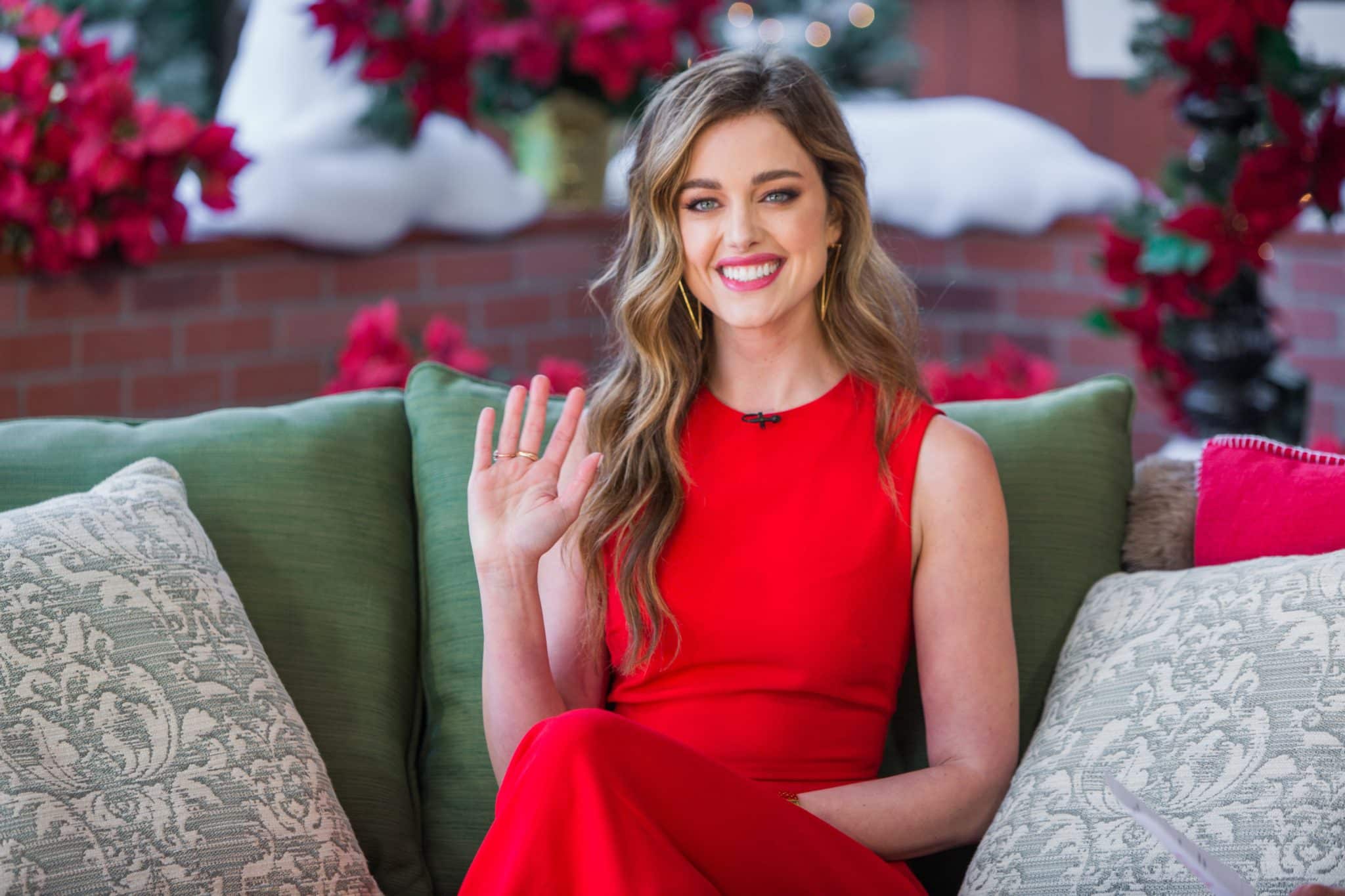 Who is Ashley Newbrough?

One of the favorite Hallmark Channel’s actresses, Ashley Newbrough, has been told that although she has a classic movie star look, ‘she comes across as accessible, relatable and real. Her delivery isn’t clunky or forced, but smooth and direct.’

She has over 25 credits to her name, and has risen to fame thanks to starring in holiday-themed movies such as “A Merry Christmas Match”, “Christmas Love Letter”, and “Christmas for Keeps”.

Ashley Newbrough was born under the zodiac sign of Libra on 13 October 1987, in Newport, Rhode Island USA, thus she holds American nationality, although she comes from a family of Canadian descent from her mother’s side. Her father is American, and that’s all that’s known about them, as Ashley hasn’t shared their names and occupations. However, she’s spoken about her early life, saying that when she was three years old, she moved with her parents to Cambridge, Ontario Canada, where she spent most of her childhood. Ashley began acting aged ten, making appearances in numerous commercials worldwide.

Speaking of her educational background, she attended a local high school, and upon matriculating in 2005, Ashley didn’t enroll in college but pursued her acting career.

Ashley guest-starred in “Degrassi: The Next Generation” in 2005 and 2006, followed by her role as Sloane McCarthy in “The Best Years”, a Canadian teenage series that follows the story of the college life of Samantha (Charity Shea) and her friends. Although the series had no nominations, it was critically acclaimed, and well accepted by the audience.

During 2007 and 2008, Ashley had the recurring role as Dallas in “Rent-a-Goalie”, followed by her role as Sage Baker in “Privileged”, and besides the fact that this was her first lead role, it was her first time starring in a US-produced series.

Sarah @lulahinthesky isn’t one to give up control but will she let some festive fun back in her life this holiday season? #ChristmasForKeeps #MiraclesofChristmas pic.twitter.com/wAPTvAlhZh

Ashley’s next role came in 2013, when she was cast to play Kyra in the romantic-drama thriller “Mistresses”, which won the Seoul International Drama Award for Most Popular Foreign Drama of the Year; the series was aired until 2014.

Five years later, Ashley made an appearance as Buttercup in “Betch”, which was her most recent television series role.

Ashley made her first movie appearance playing the support role of a Student in the 2002 TV movie “Get a Clue”, followed by her role as Alex in another TV movie, “The Coven” in 2004.

In 2005, she was cast to play Marjorie in “The Perfect Man”, starring Heather Locklear, Hilary Duff and Aria Wallace, however, Ashley’s scene was deleted in the final cut. She made her big-screen debut as Doris in the 2007 science-fiction horror “Kaw”, starring Sean Patrick Flanery.

In 2011, Ashley was seen as Stacie in the short movie “Even the Brave”. Four years later, Ashley was cast to play in the Hallmark movie “Love Under the Stars”, and in the following year, she was seen as Nicole in “You May Now Kill the Bride”.

A gardening competition sows some seeds for love.💐 See Jon Cor and Ashley Newbrough in My Valentine tonight at 8pmET! 💕

Her fans will be happy to hear that she’ll be seen starring as Doctor Lucy Stewart in the new Hallmark movie entitled “Saving Christmas Spirit”, which is currently in development.

There have been various rumors concerning both Ashley’s love life and her sexual orientation, some rumors saying that she was in a secret relationship with her co-star from “Love Under the Stars”, Wes Brown, however, they both confirmed that this was just an on-screen match-up.

In 2017, it was revealed that Ashley was in a relationship with Matt Shively, an American actor. He was born under the zodiac sign of Virgo on 15 September 1990, in Hanford, California. Matt has nearly 60 acting credits to his name, and is perhaps known best for his role as Jimmy O’Neal in the series “The Real O’Neals”.

The couple hasn’t revealed how and when they met, but they publicized their relationship through her Instagram account in 2017, and since then, she has often shared their joint photos.

As of August 2022, Ashley is still in a relationship with her long-term boyfriend Matt Shively, hasn’t been married or engaged, and doesn’t have children.

One of Ashley’s favorite hobbies is traveling; thanks to her career she’s visited several US states, and has also traveled around the world. Her favorite travel destination is London, England, and she dreams of visiting Paris, France.

In her spare time, Ashley likes to read books or watch movies with her friends and boyfriend. She adores romantic comedies, and her favorites are “Royal Matchmaker”, “Appetite for Love”, and “My Secret Valentine”.

She is an avid animal lover, with dogs being her favorite, and she and Matt have adopted a Pug named Charlie, whose photos she often shares on her Instagram.

Speaking of her social media platforms, she has established accounts on Twitter, Facebook and Instagram; she’s mostly active on Instagram, which has been followed by over 65,000 people. Ashley shares posts and photos featuring her work, her everyday life, and from her traveling.

However, the most liked photographs are those featuring Ashley and her boyfriend, with captions full of love and commitment.

According to sources, as of August 2022, her net worth has been estimated at around over $1 million, with most of her wealth earned thanks to her acting career.