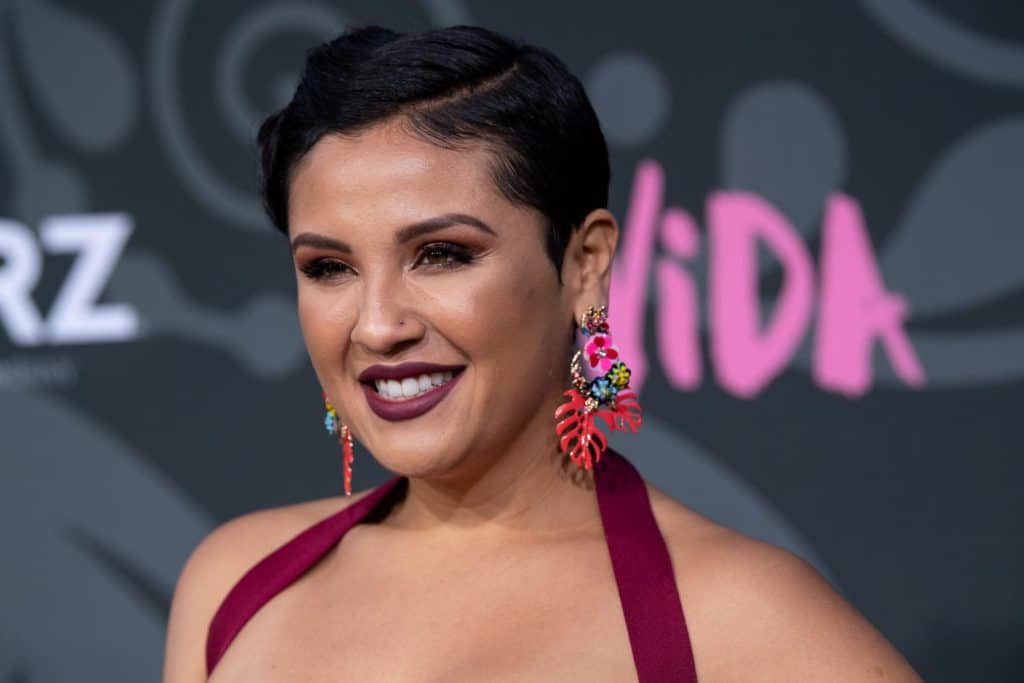 Who is Annie Gonzalez?

Annie is an American actress, probably best known to the world as Lidia Solis in the TV series “Gentefied” (2020), and as Dr. Anita Romero in the film “East of the Mountains” (2021), in addition to other notable appearances.

Annie Gonzalez was born on 31 October 1994 in Los Angeles, California USA. Of Mexican ancestry, she’s the daughter of Gabriel Gonzales, a praised musician and Grammy Award winner, best known as a member of the La Verdad band.

She was raised only by her mother with her three younger siblings, Natalia, Sebastian and Xol Gonzalez. All her siblings are invested in show business; Natalia is a musician, Xol is a film director, and Sebastian is a film teacher.

After high school matriculation, Annie enrolled at East Los Angeles College, and during these years, Annie entered Chicano History lessons to learn more about her heritage. Initially she was ashamed of her roots, but the course changed her perspective on the Chicano people, which made her proud of her roots.

Interested in acting and singing from an early age, Annie made her on-screen debut in the children’s show “Comedy Kids” in 2002, playing various characters until 2003. She then appeared in the Primetime Emmy Award-winning mystery crime-drama series “Without a Trace”, which follows the team of FBI agents who search for missing people, with Anthony LaPaglia, Poppy Montgomery and Enrique Murciano in the lead roles.

She continued her acting career into her teenage years, appearing in the short film “The JammX Kids” in 2004, then in 2007, she featured in the short comedy film “Girl Camp” with Anne Girard, Melissa Peterman and Sam Witwear in the lead roles.

The following year, she had a minor role in the action comedy film “Ninja Cheerleaders” about three college girls who are go-go dancers after school, and ninjas on their mission to save their Sensei from mafia kidnappers.

After a few mediocre years, Annie took a break from acting and focused on her education. She returned in 2014 with the role of Maria in the short film “How to Break Up with Someone on Vine”, co-starring R. J. Aguiar and Liz Farris.

Two years later, she appeared in the television movie “Beauty School” alongside Lauren Giraldo and Aaron Groben, while in 2017, she had roles in the TV series the award-winning comedy “I Want My Phone Back”, and the multiple Primetime Emmy Award-winning sci-fi drama series “American Horror Story”.

Unfortunately, all these roles were unnoticeable, and Annie continued to struggle as an actress, failing to obtain any significant roles.

This continued into 2018, when she appeared in an episode of the critically acclaimed TV sci-fi action drama series “Legion”, which starred Dan Stevens, Rachel Keller and Aubrey Plaza, and she also had a minor role in the TV crime drama series “Pink Collar Crimes”, with Jade Ramirez, Maralyn Facey, and Bryan Lillis as the main star.

Moreover, the same year, she starred in the short comedy film “Café Abundance”, next to Jasper Lewis and Ariana Seiger, while in 2019, she joined the cast of the award-winning TV drama series “Vida”, starring Melissa Barrera, Mishel Prada, and Ser Anzoategui, about two sisters who move to their mother’s childhood home following her death, only to discover her shocking past.

The years of struggles diminished as Annie was announced as the star of the Netflix-produced TV comedy series “Gentefied”, about three Mexican-American cousins who struggle to achieve the American dream, but will do anything for it. She appeared in nine episodes of the critically acclaimed series, before it was canceled following the end of the second season. Other stars included Joseph Julian Soria, Karrie Martin Lachney and Joaquin Cosio.

Answer what are your thoughts? https://t.co/j18KCvjCnl

Her appearance in “Gentefied” earned her not just positive critiques but also new popular roles. In 2021, Annie starred in the critically acclaimed action-drama film “East of the Mountain”, based on the book by David Guterson that tells the story of a terminally ill cancer patient who was once a praised heart surgeon. Directed by S. J. Chiro, the film starred Tom Skerritt and Mira Sorvino alongside Annie.

The same year, she appeared in the short-lived comedy-drama series “Mr. Corman”, with Joseph Gordon-Levitt as the main star portraying Josh Corman, a public school teacher in the San Fernando Valley, and his adventures during days and nights as well.

Annie is now working on several projects, which include the upcoming TV drama series “Once Upon a Time in Aztlan”, in which she will play a character named Dolores’ Lola’ Duran, and is also working on the TV comedy series “Bucktown”.

For now, there is no information on when the two upcoming series will premiere as they are still in development.

As of late 2022, Annie Gonzalez’s net worth is estimated at over $2 million according to sources, earned through her relatively successful career as an actress, during which she’s made more than 25 film and TV appearances.

Annie has been very secretive in regard to her personal life. She’s kept her romantics away from the public eye, though she is rumored to be in a relationship with actor Gentry White, but for now, Annie hasn’t confirmed anything. Moreover, she is rumored to have dated Major League Baseball (MLB) star, Dan Camarena. However, other sources put her on the single side, with the main focus being her rising career.

Annie is fluent in Spanish language and has done a lot for the Hispanic community in the Los Angeles area, addressing various issues and helping many of her compatriots.

Annie is a talented singer and musician, though she hasn’t pursued music professionally. She has learned to play guitar, ukulele and piano.

She has launched a YouTube channel, on which she’s often uploaded covers of popular songs, including “I’d Rather Go Blind“, performed by Tennessee Whiskey.

Annie is an outdoors person, and enjoys hiking, running and exploring new areas. These activities have helped her maintain a healthy physique, while she’s also focused on her mental health.