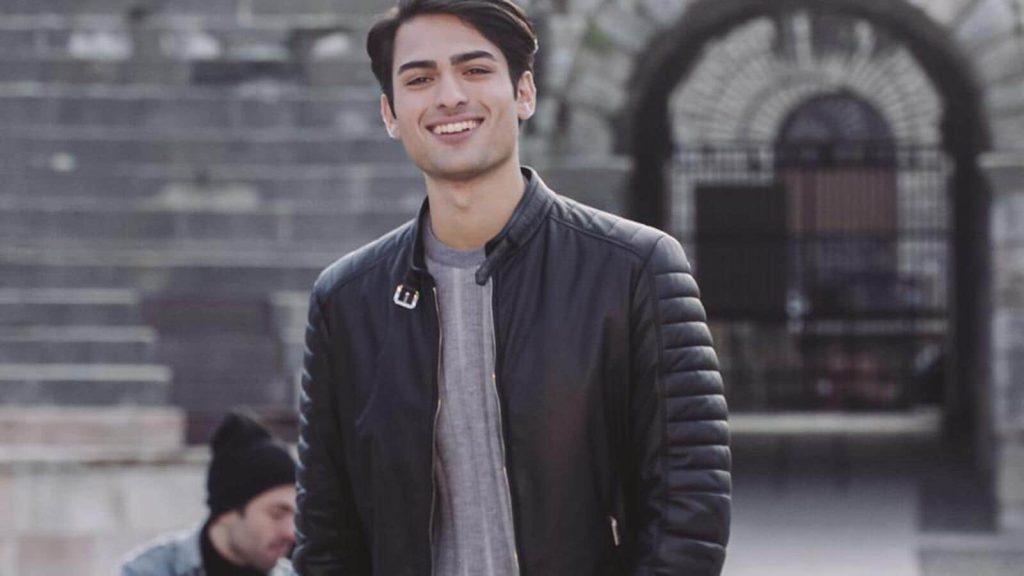 Who is Matteo Bocelli?

Italian tenor and musician Matteo Bocelli was born in Forte dei Marmi, Italy on 8 October 1997, under the zodiac sign of Libra. Matteo’s known for two things: for being a son of famous Italian tenor Andrea Bocelli, and for being a talented tenor himself, as well as a pianist.

Andrea and his first wife Enrica Cenzatti raised their son Matteo in Forte dei Marmi, alongside his older brother Amos, born on 22 February 1995. Andrea and Enrica separated in 2002, and Matteo spent half of his time with his father, and the other half with his mother; he has a paternal half-sister Virginia, whose mother’s Andrea’s second wife Veronica Berti.

Matteo became interested in singing at a very early age, and was four when his father signed him up for piano lessons, however, Andrea chose not to be involved in his son’s music education, but to let his teachers do that instead.

Matteo was passionate about two things while growing up: singing and playing sports. He excelled in soccer, and also played tennis and basketball with his friends. He studied at a local high school from which he matriculated in 2016, and then continued his education at Lucca Conservatory, graduating with a Bachelor of Fine Arts degree in vocal performance in 2020.

Matteo’s career was officially launched on 30 July 2016, when he sang at the Teatro del Silenzio in front of 12,000 people, while two of the other performers were Sumi Jo and Leo Nucci. Also in 2016, Matteo sang at Celebrity Fight Night in Florence, Italy.

In January 2017, he performed at Palazzo Pitti, and was in March invited to perform in the US. The same year saw him do some modelling work, having posed for Guess together with famous American actress and singer Jennifer Lopez.

'Can You Feel The Love Tonight' video OUT NOW!

I'm delighted to present to you the full length music video for 'Can You Feel The Love Tonight' from Disney Goes Classical! Watch now: DGC.lnk.to/CanYouFeelTheLoveFPDisney The Lion KingRoyal Philharmonic Orchestra

Most recently, in 2020, he released his single “Can You Feel the Love Tonight”.

Matteo’s self-titled YouTube channel was launched on 28 February 2019, and it’s today subscribed to by close to 150,000 people.

Although quite secretive when it comes to sharing the details of his love life with his fans, there are two girls whom Matteo’s (perhaps) dated, that the public knows about.

It’s widely believed that in 2019, he was in a relationship with Bella Hadid, a famous American model; the two uploaded many pictures featuring themselves together onto their social media networks in 2019 and 2020, but neither confirmed the rumors about them dating.

It’s believed that Matteo’s today in a relationship with Carolina Stramare, an Italian model who was Miss Italia in 2019; the two have been spotted spending time together on a number of occasions, but neither has confirmed that they’re in a relationship.

As of September 2022, Matteo’s either single or dating Carolina Stramare, hasn’t married and doesn’t have children.

Matteo’s fond of running his Instagram account, and it’s currently followed by nearly 450,000 people, while he’s posted 265 pictures and videos onto the social media network.

He’s passionate about travelling, and has in the past few years been all around the world to perform; even though Matteo considers travelling one of his main hobbies, he still occasionally prefers to stay at his hometown, relax and not travel anywhere.

He loves tasting various cuisines, but Italian food’s still his favorite, mostly because of pizza and pasta.

Matteo enjoys spending his spare time at the beach, and prefers spring over summer, mostly because of the crowds.

He’s a fan of American actors Leonardo DiCaprio and Al Pacino, and some of his favorite movies include “Scarface”, “Scent of a Woman” and “Inception”.

Matteo’s net worth’s been estimated at over $40 million as of September 2022, and his father’s at more than $100 million.

Who is his father Andrea Bocelli?

Italian instrumentalist and tenor Andrea Bocelli was born in Lajatico, Italy on 22 September 1958, under the zodiac sign of Virgo. He was born partially blind, and became 100 percent blind at 12, due to a brain hemorrhage caused by a soccer accident; this didn’t stop Andrea from pursuing his dreams, and he became famous worldwide in 1994, following his victory at the 44th San Remo Music Festival.

Edi and Alessandro Bocelli raised their son Andrea in Lajatico, and it’s been revealed that the doctors advised Edi to have an abortion because of congenital glaucoma with which Andrea was eventually born, and which was behind his partial blindness. He has a younger brother Alberto.

The family made and sold wine when Andrea was growing up, while the thing that interested Andrea the most was singing and playing instruments. He was six when he began taking piano lessons, while he then went on to play the drums, guitar and saxophone, amongst several other instruments.

Andrea was 14 when he won his first singing competition – Margherita d’Oro. Upon completing his high school education in 1980, he enrolled at the University of Pisa, from which he graduated with a Law degree in 1984; he then spent a year working as a lawyer.

He signed his first contract with Sugar Music in 1993, and in the following year released his debut album “Il Mare Calmo Della Sera”, which charted in the Italian Top Ten, and was certified platinum. His second album “Bocelli” followed in 1995, and his third “Viaggio Italiano” in the following year.

Andrea went on to perform all around the world, becoming one of the most respected living tenors; he published his autobiography “La Musica del Silenzio” on 30 November 2000, and his seventh album “Verdi” came out in the same year.

He married his first wife and Matteo’s mother Enrica Cenzatti on 27 June 1992, but their divorce was finalized in 2002. Andrea met Veronica Berti in the same year – she gave birth to their daughter Virginia on 21 March 2012, and they married on 21 March 2014.