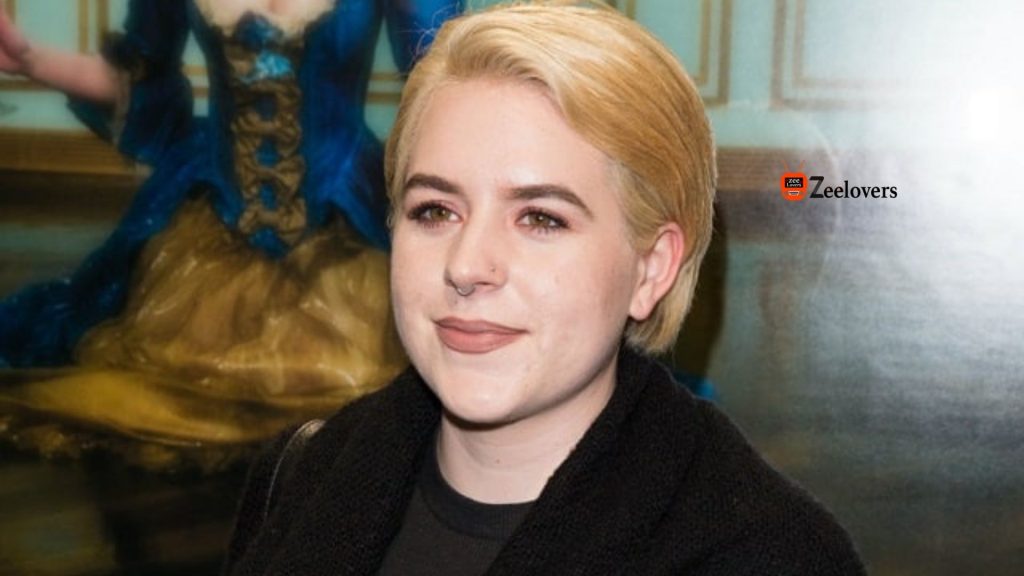 Who is Isabella Jane Cruise?

A hairdresser and artist, Isabella Jane Cruise, who is perhaps known best as the daughter of the famous ex-couple, Nicole Kidman and Tom Cruise, was born under the zodiac sign of Capricorn on 22 December 1992, in Miami, Florida USA. She holds American nationality and her ethnicity is White.

Isabella is an adopted child of the actors, who after the two divorced, continued living with her father, Tom Cruise. Her relationship with her mother, Nicole Kidman, was a frequent tabloid topic, and if you want to know the truth about Isabella, keep on scrolling through this article.

Isabella’s biological parents, who are members of the Scientology church, were incapable of taking care of another baby, since they already had children and couldn’t provide for all of them, so they gave Isabella up for adoption.

According to reports, Tom and Nicole took Isabella right after her birth and raised her as their own. Three years later, they adopted a baby boy named Connor, and so Isabella became a big sister.

The family of four lived in their residence in Miami, and since Tom is known as a devoted member of the Scientology church, most of their childhood Isabella and Connor spent living by the rules of the organization.

Speaking of Isabella’s educational background, she was home-schooled, and she didn’t attend college. When she grew up, she moved to London, England, where she studied at the Sassoon Academy, and earned a certificate in hairdressing.

Isabella hasn’t been the subject of any rumors and controversies concerning both her love life and her sexual orientation, because she kept her private life away from the media’s attention.

In 2015, she married Max Parker, an IT consultant from London, about whom little is known. The wedding was held at the Dorchester Hotel in London, and the ceremony was small and private – her parents were absent from the wedding, which sparked some speculation; it was later confirmed that Tom Cruise paid for the wedding, although he kept himself away from the ceremony, while Nicole Kidman wasn’t even informed about Isabella’s wedding.

As of August 2022, Isabella is still married, and she lives with her husband in Croydon, London; they don’t have children.

The truth about her relationship with Nicole Kidman

Nicole Kidman and Tom Cruise married on Christmas Eve in 1990, and during the first year of their marriage, Nicole suffered a miscarriage. The doctors said that she might not be able to conceive again, so the couple adopted a child.

As mentioned, they adopted Isabella and later Connor, and as they both said, they lived a normal life as any other family. They spent time with their children watching movies, playing and traveling, but kept them away from the public eye.

When Nicole married Tom, she also became a member of the Scientology Church and followed the rules of the organization. However, she left the Church in 1992, when she began to have doubts.

In 2001, Tom Cruise filed for divorce citing irreconcilable differences, and following their split, he was granted custody of their children, although Nicole had the right to see them, but Nicole’s relationship with Isabella and Connor became rocky, and some rumors said that the Scientology Church worked to turn the children against their mother by labeling Nicole as a ‘Suppressive Person’ (or SP), which means members of the Church are instructed not to associate with them.

An actress, Leah Remini, who is a former member of the Church, wrote in her book about her conversation with Isabella. When she asked her if she had seen her mother recently, Isabella answered: ‘Not if I have a choice. Our mom is f**cking SP.’

In one of her interviews, Nicole said about Isabella and Connor: ‘They have made choices to be Scientologists and as a mother, it’s my job to love them.’

Isabella and Nicole did have a strong daughter-mother bond, but which is now seemingly broken, and Isabella even stopped calling Nicole ‘mom’. When Tom Cruise subsequently married Katie Holmes, Isabella called her ‘mom’, and she was happy when Katie gave birth to her and Tom’s daughter, Suri. However, this marriage ended in 2012, and soon after, Isabella moved to England.

The rumors of tensions between Nicole and Isabella continued after Nicole’s father died in 2014, and Isabella didn’t attend the funeral. In 2016, Isabella gave an interview for the Daily Mail, and one of the questions was about her relationship with both of her parents, since neither Tom nor Nicole was seen at her wedding. People wanted to know if she speaks with her parents, and she said: ‘Of course [we talk], they’re my parents. Anyone who says otherwise is full of s*it!’

In 2017, when Nicole received her Emmy Award, she thanked just her two daughters from her marriage with Keith Urban, and people began commenting about the reasons why she didn’t thank her children with Tom.

In the following year, while receiving her Golden Globe Award, she again thanked her daughters, Sunday and Faith. However, during her Best Actress acceptance speech at the Critics’ Choice Awards, which was held a week later, Nicole thanked all of her children, saying that she loves them all.

Isabella follows her mother’s Instagram, and recently ‘liked’ one of her posts, so many of her fans assumed that the mother and the daughter smoothed things over.

Who is Nicole Kidman?

An actress with 95 acting credits to her name, Nicole Kidman, was born under the zodiac sign of Cancer on 20 June 1967, in Honolulu, Hawaii USA, while her Australian parents – Janelle Ann Glenny, who was a nursing instructor, and Antony David Kidman, who was a biochemist and clinical psychologist, were there on an educational visa. Her parents, raised her in Sydney, Australia.

Nicole had an interest in acting from an early age, and dropped out of high school to pursue her acting career. She made her acting debut in the 1983 Australian movie “Bush Christmas”, and thanks to her American agent, she made her US debut in 1989, starring in “Dead Calm” opposite Sam Neill.

In the following year, she was cast to play in “Days of Thunder”, and on the set, met her future husband, Tom Cruise, already a famous actor, who doesn’t need to be specially presented.

During her career, Nicole has been seen in numerous hit movies, and certainly most significant was her role in “The Hours” which brought her the Oscar for Best Actress in a Leading Role, in 2003. Some of her most notable roles have been in “Moulin Rouge!”, “Rabbit Hole”, “Being the Ricardos”, and “Lion”- all four brought her Oscar nominations.

Speaking of her personal life, following her divorce from Tom Cruise, on 25 June 2006 she married Keith Urban, an Australian-American musician, with whom she still lives.