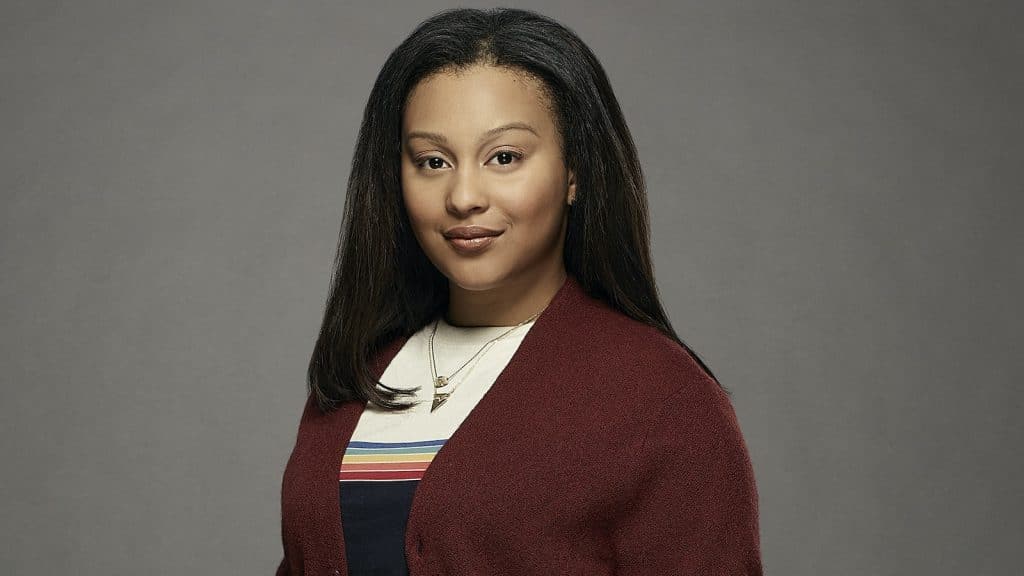 Who is Aliyah Royale?

American actress Aliyah Royale was born in Maryland, USA, on 4 March 2000 under the zodiac sign of Pisces. She’s appeared in 16 movies and TV series, and is perhaps best known for her playing of Iris Bennett in the science fiction horror series “The Walking Dead: World Beyond”, created by Matthew Negrete and Scott M. Gimple, and which stars Julia Ormond, Nicolas Cantu and Alexa Mansour. It follows the first generation of children to be raised following the zombie apocalypse, the series has been airing since 2020, and has won two awards.

Aliyah and her sister were raised in Maryland by their mother Tanya Carter and father whose name hasn’t been revealed; it’s believed that he wasn’t around while she was growing up.

Aliyah became interested in acting at the age of six, when she appeared in her first play performed at her elementary school. She went on to appear in many school plays in the following couple of years, as well as in several theatre plays, and was 11 when she launched her acting career, playing Anya in the 2012 short movie “Tina for President”; the same year saw her appear in the short family drama movie “One Small Step”.

She continued acting throughout her education, and upon matriculating in 2018 didn’t attend college, but instead chose to pursue a career in the film industry.

The year 2013 saw Aliyah appear in both the short musical “I Rock My Tutu”, and the short drama “The Get Away”, while her first appearance in a feature movie was her portrayal of Fan in Park in the 2014 comedy drama “Rescuing Madison”, directed by Bradford May, and which starred Alona Tal, Ethan Peck and Ted McGinley. It follows a popular singer who’s fallen in love with a firefighter who saved her life.

Aliyah went on to play Lynn in the 2015 comedy “Strange Calls”, directed by Jason Winer, and which starred Danny Pudi, Daniel Stern and Allison Miller; it tells the story of a police officer who’s steadily learning about the supernatural events which are occurring in a small town.

Aliyah was then cast to star as Young Margie in the 2016 short drama “Attached at the Soul”, and the year 2017 saw her star in three short films: the drama “LA Stories”, the family drama “The First Stone”, and the drama “War Paint”.

Most recently, in 2021, she portrayed the lead character Omolara in the eponymous short drama, which follows the lives of two couples.

Aliyah’s debut TV series role was her portrayal of Alexa in the 2015 episode “Mann’s Bodyguard”, and then appeared in the 2016 episode “Sick Mann” of the popular comedy “Mann and Wife”. It starred David Mann, Tamela J. Mann and Tony Rock, and follows the lives of David, his wife and their children.

The year 2016 also saw Aliyah play Hostage in the episode “Cashed Out” of the action crime drama “Major Crimes”.

Aliyah’s only other TV series role has been her portrayal of Jira Calder-Brennan in the 2019 crime drama “The Red Line”, created by Erica Weiss and Caitlin Parrish, and in which she starred alongside Noah Wyle and Emayatzy Corinealdi. It follows the members of three Chicago families, and the series was nominated for four awards.

She’s currently shooting for the upcoming thriller “The Watchful Eye”.

Aliyah could’ve been seen featured in the 2013 episode “7 Young Designers” of the documentary series “The Designer Kids Project”, and the 2020 TV special “The Walking Dead: World Beyond Cast Kick-off Party”.

She’s made a guest appearance in the talk-shows “Great Day Washington”, “Entertainment Tonight” and “Talking Dead”, amongst many others.

Aliyah won a 2016 FLY Film Festival Prize for Best Youth Actor, for her performance in the 2016 short movie “Attached at the Soul”.

She was also nominated for a 2016 Top Indie Film Award for Best Actor – Youth, and a 2017 Young Entertainer Award for Best Young Actress 14-15 – Short Film, both for her performance in “Attached at the Soul”.

Aliyah’s amongst the most secretive of actresses, and hasn’t spoken of the boys, or perhaps girls whom she’s dated.

It’s still believed by many of her fans that she’s today dating a non-celebrity American male, as an Instagram user has claimed to have spotted the two spending time together in Los Angeles; Aliyah hasn’t taken the time to address these rumors, nor has any evidence been provided to support them.

Some have also claimed that Aliyah’s perhaps into girls, but is unready to come out of the closet; it’s been speculated that this is why Aliyah hasn’t shared the details of any boys whom she’s perhaps dated, but she hasn’t addressed these rumors either.

Aliyah seems to be unattached as of September 2022, hasn’t married and doesn’t have children.

Aliyah has posted only seven pictures and a single video onto her Instagram account, but is nevertheless followed by over 20,000 people; most of her pictures show her wearing make-up and new dresses.

She’s fallen in love with partying, and can often be seen spending time at clubs around Los Angeles.

Aliyah’s acting career’s already taken her to some of the most popular cities in the US, such as Austin in Texas, San Francisco in California, and Seattle in Washington State.

She’s into rap music, with her favorite rappers being Lil Wayne, Kendrick Lamar and 50 Cent.

Aliyah’s favorite actors are Eddie Redmayne and Harrison Ford, while some of her favorite movies include “The Theory of Everything”, “Jupiter Ascending” and “The Aeronauts”.

She enjoys drinking alcohol, and has revealed that her favorite drink’s Champagne.

Height, weight loss and net worth