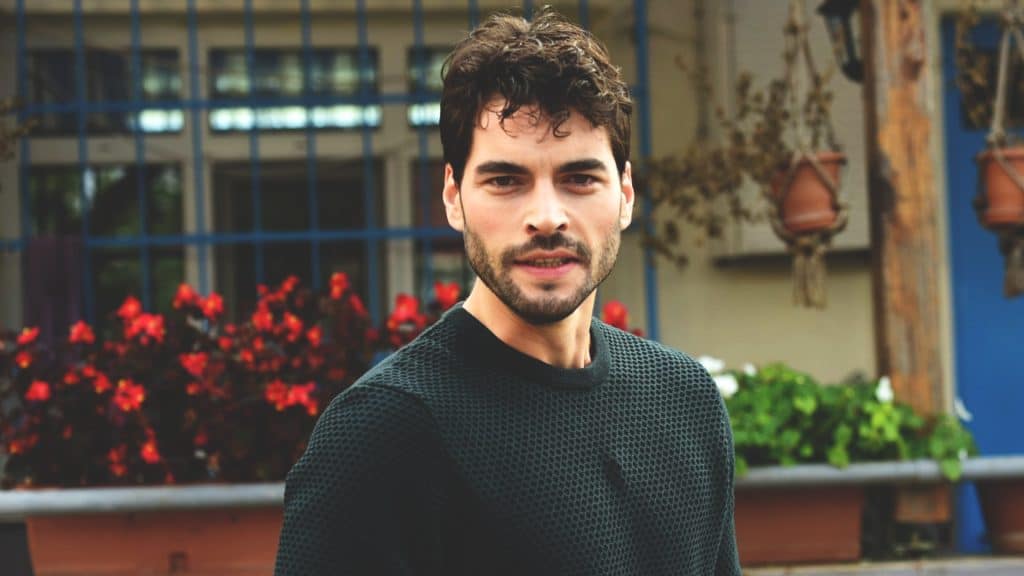 Turkish actor Akın Süreyya Akınözü was born in Ankara, Turkey, on 22 September 1990 under the zodiac sign of cancer. He’s appeared in only seven TV series, and has no movie credits; Akın’s perhaps best known for his portrayal of the main character Miran Aslanbey in the romantic drama “Hercai”. It also starred Ebru Sahin and Ayda Aksel, and follows Miran who wants to avenge the death of his family, and has thus married the daughter of those responsible for it, however, he’s now fallen in love with her; the series aired from 2019 to 2021 and won eight of its 26 award nominations.

Tamer Akınözü and Özlem Akınözü raised their son Akın in Ankara as an only child; Tamer’s the owner of a restaurant, while Özlem’s an actress. Akın’s family’s quite involved in the TV industry, as his maternal grandfather was amongst the first Turkish Radio and Television (TRT) presenters, and his great uncle a documentary moviemaker.

Akın studied at Ankara TED High School, and it was during his four years there that he fell in love with acting; he often watched TV series at home with his family, and this led him to join his school’s drama club, and to begin appearing in school plays.

Tamer and Özlem urged their son to focus on his education prior to pursuing acting, and thus upon matriculating in 2008, he enrolled at the University of California, Berkeley (USA) from which he graduated in 2012; Akın spent around six years in California, prior to returning to Turkey and launching his acting career.

In 2016, Akın portrayed Yanus Caglayan in the drama “Arkadaslar Iyidir”, which starred Asli Melisa Uzun, Su Kutlu and Idris Nebi Taskan; it follows the lives of four college friends, but the series was cancelled after having aired 10 episodes, due to its low ratings.

In 2017 and 2018, he played the supporting character Omer in 32 episodes of the hit historical action drama “Payitaht Abdülhamid”. The series starred Bülent Inal, Bahadir Yenisehirlioglu and Hakan Boyav, and follows the ruler of the Ottoman Empire and Caliphate Abdulhamid II; it aired from 2017 to 2021 and won a 2017 Beirut International Film Festival Award for Best International Actress (Nur Fettahoglu), while it was nominated for 20 other awards.

Also in 2017 and 2018, Akın played Murat Aslan in the family comedy “Aslan Ailem”, starring alongside Burcu Ozberk and Ferdi Sancar. It follows Burcu who has to live on a ranch which she inherited from her father, now that her father’s bank accounts and his home at which she had previously lived have been seized by the police; the series was nominated for a 2018 Golden Palm Award for Best Comedy TV Series.

Most recently, in 2021 and 2022, Akın starred as Cemal, alongside Öykü Karayel and Sarp Apak, in all the 26 episodes of the drama “Kaderimin Oyunu”; it follows Cemal who’s abandoned his wife and their two kids, while she now has to flee with the children because of a tragic event.

Akın’s currently shooting for the upcoming series “Tuzak”, in which he’ll be starring alongside Bensu Soral and Riza Kocaoglu.

Akın’s quite secretive when it comes to talking about his love life, and seems to be more focused on his career rather than on love.

Rumors began circulating on social media networks in 2020, claiming that Akın had asked his long-term girlfriend Sandra Pestemalciyan to marry him; she’s a businesswoman and actress, and similarly to Akın, prefers to keep her personal matters away from media.

Akın denied the rumors of their engagement when he gave an interview to FORX5 TV, stating that although the two have been together since 2014, he and Sandra are happy today, and aren’t planning to marry;.

Akın hasn’t mentioned other women whom he had perhaps been with prior to meeting Sandra – he’s in a long-term relationship with Sandra Pestemalciyan as of September 2022, hasn’t married and doesn’t have children.

Although Akın’s uploaded only 61 pictures and videos onto his Instagram account, he’s still followed by more than 3.5 million people on the social media network, making him an Instagram star.

It’s important for Akın’s career as an actor to stay in shape, and he thus works out at the gym four to five times a week, and also follows a somewhat strict diet; his favorite cuisine’s Italian, as he loves to eat spaghetti.

He’s also done some modelling work, but considers it a hobby rather than a job.

Akın’s a lover of animals, with dogs and goats being his favorites.

He’s a fan of Hollywood, and his favorite actors are Robert De Niro and Matt Damon, while some of his favorite movies include “The Sleepers”, “Raging Bull” and “The Irishman”.

Akın’s net worth’s been estimated at more than $2 million as of September 2022.