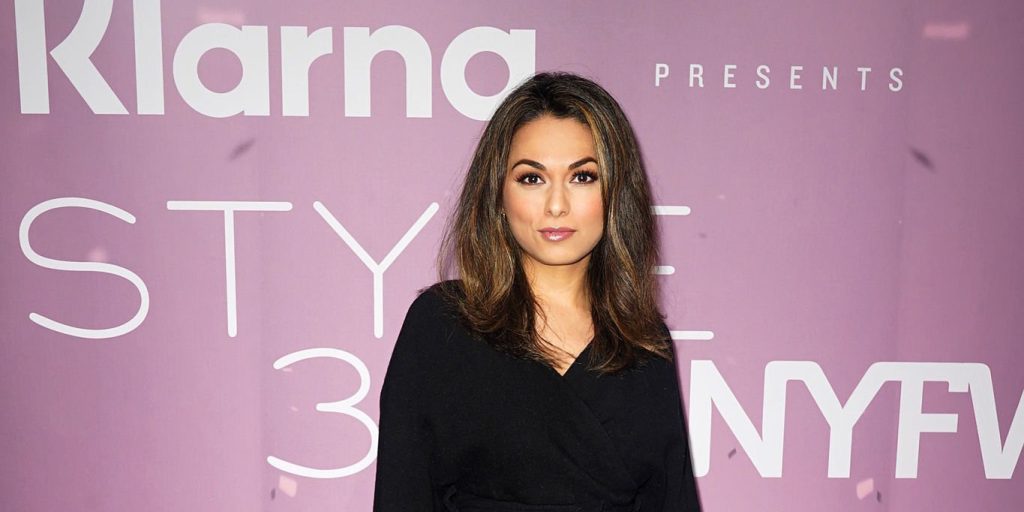 Who is Aishah Hasnie?

An Emmy-nominated television journalist, who currently serves as a daytime news correspondent, Aishah Hasnie, rose to prominence working as one of the most successful night-time anchors on FOX TV. She’s been recognized for her work as an investigative reporter and fill-in anchor, and her Emmy Award nomination came for her report on voyeurism, back in 2011. In 2020, Aishah was named a New York Woman of Impact by the magazine Variety, for her coverage during the Coronavirus pandemic.

Aishah Hasnie was born under the zodiac sign of Libra on 4 October 1985, in Lahore, Pakistan, where she spent most of her childhood before her family immigrated to the United States, with the help of her uncle who was a Lieutenant Commander in the US Navy. She holds both Pakistani and American citizenship, and speaking of her heritage, Aishah carries the Sayyid title from her father’s lineage, which is an honorific title denoting people accepted as descendants of the Islamic prophet Muhammad. From her mother’s side, Aishah belongs to the famous Zuberi family of numerous politicians and human rights activists. Aishah has a brother, whose name isn’t revealed, and a sister Afiah, who is a doctor.

When she and her family arrived to the US, they settled in Bedford, Indiana, where Aishah attended Bedford North Lawrence High School, then upon matriculating in 2002, she enrolled at Indiana University, from which she graduated with a Bachelor’s degree in Journalism in 2006. In her interview for TV Newser, Aishah spoke about how it was growing up as the only Muslim family in a ‘white town’, saying: ‘I never ever felt like a minority growing up. I was never made to feel like one. I was always included in everything. I played soccer in high school growing up, both my brother and sister did as well. We were always welcomed, and I have literally no complaints’, adding that she might be a unique case, knowing that other people suffered racist discrimination, however, she never did.

Before launching her career as a journalist, Aishah worked as a volunteer for The Citizenship Foundation called Seeds of Learning, and then she interned as an on-air reporter at WICS-TV in Springfield, Illinois, alongside her cousin Maira Ansari, who worked there as a reporter. In 2008, Aishah began working as an investigative reporter for WANE-TV based in Fort Wayne, Indiana, where she received her Emmy nomination and her reports led to changes in the Indiana legislature’s “voyeurism” law. In 2011, she accepted a position as the investigative reporter and anchor for WXIN-TV, in Indianapolis, Indiana, affiliated with the FOX network, where she stayed for almost eight years.

Aishah reported on the border crisis live from the Rio Grande, and most recently, she provided live coverage from Poland about Russia’s invasion of Ukraine, and after she came back, wrote a post on her Facebook saying: ‘After a month in Poland, I’m home. But forever changed. For 30 days, I witnessed overwhelming heartbreak. Mothers crying while telling me about their husbands left behind. Grandparents sleeping on the floor of train stations. And scared children trying to make sense of it all.’ She added that she has also witnessed the unconditional compassion of the ordinary people from around the world who dropped everything and came to help.

Aishah is quite secretive when it comes to her personal matters and she prefers to keep her private life away from the media’s attention, although there have been various rumors concerning her love life, she hasn’t commented on any gossip related to her. There isn’t any photo posted on her social media platforms featuring any man with whom she might be romantically linked, and she hasn’t been seen with any man in public, except with her co-workers and friends. As of May 2022, Aishah seems to be single, she hasn’t been married or engaged and doesn’t have children.

Aishah is active on her social media accounts, and her official Facebook page has amassed over 125,000 followers, while her Instagram has been followed by nearly 65,000 people, and her Twitter account has gained over 20,000 followers.

Aishah presents herself as a history and religion nerd, and ‘Hoosier in heart’, which is a somewhat derogatory word for the people from Indiana. One of her favorite hobbies is playing golf, while she also enjoys watching hockey games. She is into traveling, and thanks to her career has traveled around the world, as well as visiting many US states, while for pleasure, she’s gone with her friends – her favorite destination is Paris, France. In her spare time, Aishah loves hanging out with her friends, and going out for dinner and parties; she likes to dance and enjoys being surrounded by people in clubs.

In January 2022, Aishah began her term as a board member of the US for the United Nations High Commissioner for Refugees (UNCHR), an organization that helps to save, protect and rebuild the lives of refugees.