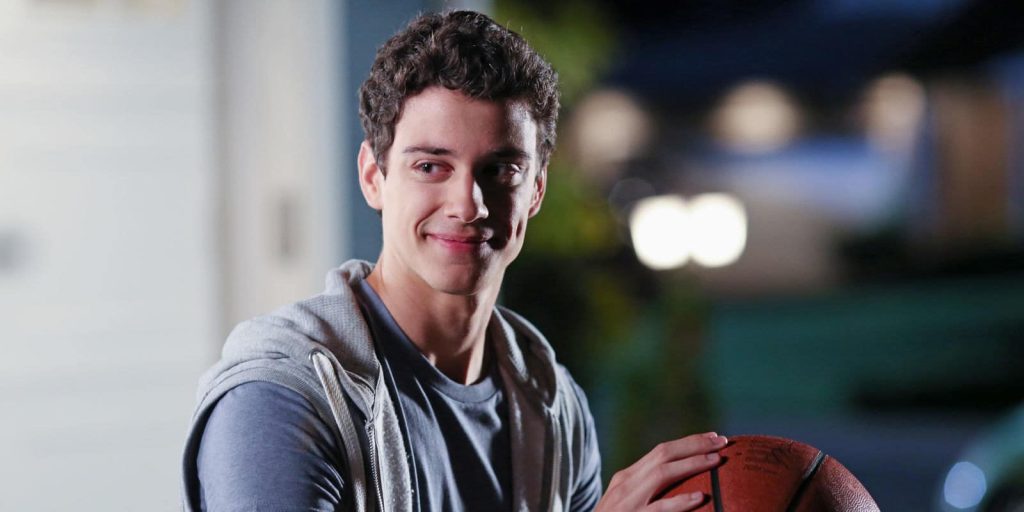 Who is Adam DiMarco?

When the fantasy horror drama “The Order” was released in 2019, one of the main characters immediately caught the eye of the audience, that of Randall Carpio, a college student, who after joining The Knights of Saint Christopher, reveals his ability to transform into a werewolf. If you ever wanted to know more about the actor who portrays this character, let us tell you some interesting facts about Adam DiMarco.

Adam is an actor with over 40 credits to his name, and besides the mentioned role, is perhaps known best for his role as Elliot Todd in the TV series “The Magicians”, while he’s also been seen starring in numerous movies, including “Zapped”, “Words and Pictures”, and “Star Trek Beyond”, among others.

Besides his acting career, Adam has launched his music career, and released his debut single “Come Around” in 2020, although he uses the alias ‘Good One’; his official music video for this song uploaded onto his self-titled YouTube channel has gained over 25,000 views.

He was born under the zodiac sign of Aries on 14 April 1990, in Oakville, Ontario, Canada, thus he holds Canadian nationality, and comes from a family of Spanish descent. Adam was raised in Oakville by his parents alongside his brother Michael and sister Tausha, and it’s assumed that he prefers to keep his family away from the public eye, as he hasn’t shared more information about them.

Speaking of his educational background, Adam attended a local high school, and upon matriculating in 2008, he enrolled at Vancouver Film School, Canada, from which he graduated with a Bachelor’s degree in Art (Film and Television), in 2011.

Adam made his acting debut starring in the short movie “Fourth Date” in 2010, and in the following year, he was cast to play Chet Browne in the comedy drama “Do Something with Your Life”, followed in 2012 by his roles in movies such as “Radio Rebel”, “Kiss at Pine Lake”, and “A Killer Among Us”.

In the following year, Adam was seen starring in “Kill for Me”, and he then portrayed Alex Brandon in the TV movie “After All These Years”, followed by his roles in “Words and Pictures” and “Leap 4 Your Life”, while in 2014, he was cast to play Jared in “Date and Switch”, also starring Dakota Johnson and Nicholas Braun.

The same year, Adam was seen in the TV movie “Zapped”, alongside Zendaya, and next, he starred in “Girl House” and “What an Idiot”, while in 2015, Adam played Zach in “My Life as a Dead Girl”, followed by his role as Berkowitz in “Christmas Truce”.

In 2016, Adam was credited as an Injured Red Shirt in the science-fiction action adventure “Star Trek Beyond”, which was nominated for the Oscar -Best Achievement in Make-up and Hairstyling, starring Chris Pine, Karl Urban and Zachary Quinto, and the same year, he appeared in “Mommy’s Secret” and “Marrying the Family”, which brought him The Union of British Columbia Performers/ Alliance of Canadian Cinema, Television and Radio Artists  (UBCP/ACTRA) Award for Best Emerging Performer.

After that, he was cast to play Josh in the 2017 movie “Last Night in Suburbia”, and in the following year, Adam portrayed Caden in the TV movie “Secret Millionaire”, followed by roles in the short movies “Father Neptune” and “Recess: Third Street”, both in 2019.

Adam made his first television appearance portraying Mike in the series “R.L. Stine’s The Haunting Hour” in 2011, and next he was cast to play Kirby Nystoruk in “Artic Air” from 2012 until 2013, then had a guest role as Aidan in “Supernatural”.

The same year, he was cast to play his most notable role to date as Randall Carpio in “The Order”, which brought him a nomination for the Leo Award-Best Lead Performance by a Male in a Dramatic Series. Next, Adam guest-starred in an episode of the series “The Good Doctor” in 2021, before his latest roles as Andy in the series “Pillow Talk”, and as Albie Di Grasso in “The White Lotus” in 2022.

There have been various rumors concerning both Adam’s love life and his sexual orientation – most of the rumors about him being gay started after his role in “The Order”, since the character he portrays is gay.

However, rumors escalated after he was seen at the Met Gala 2019, wearing a red scarf and flower printed purse, which most people commented as his intention to ‘step out from the closet’, but Adam denied these assumptions, saying that he’s straight, adding that he just wanted to abide by the dress code, since the theme that year was ‘camp’, but saying that he does support the Lesbian, Gay, Bisexual, and Transgender (LGBT) community.

Adam is quite secretive when it comes to his personal matters, and hasn’t spoken about his relationships, although he’s been romantically linked to several of his fellow actresses, including Kacey Rohl and Sarah Grey, however, neither they nor Adam confirmed that they were in a relationship.

As of May 2022, Adam seems to be single, he hasn’t been married or engaged and doesn’t have children.

Most of his income Adam has earned through his acting career, and according to sources, as of May 2022, his net worth has been estimated at over $1 million.