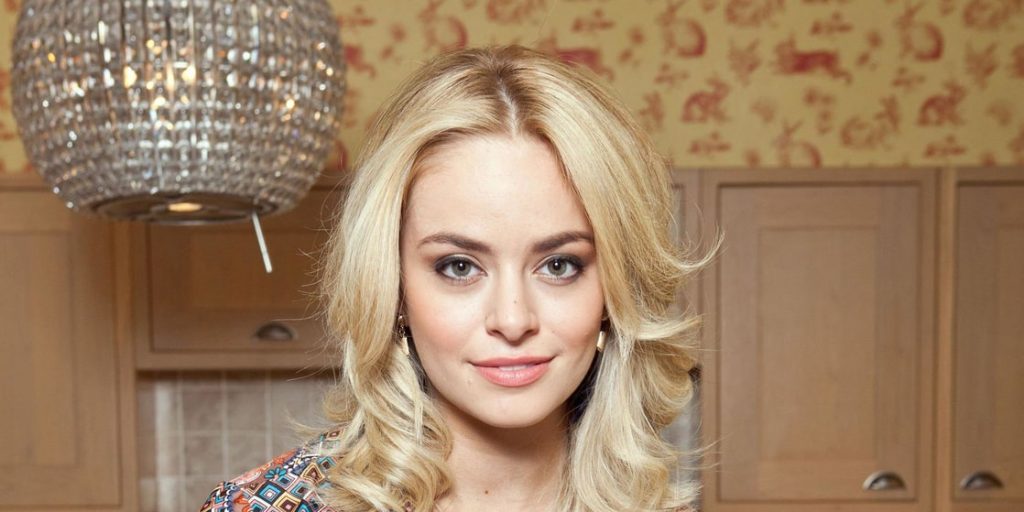 Who is Jennifer Brooke?

Jennifer Brooke was born on 2 December 1993 under the zodiac sign of Sagittarius, in London, England. She is a 28-year-old actress and podcast host, probably best recognized for landing the role of Rachel Hardy in the Channel 4 soap opera “Hollyoaks” (2015-2016).

How rich is she, as of now? Jennifer Brooke Net Worth

As of early 2022, Jennifer Brooke’s net worth is estimated at over $700,000, acquired through her successful involvement in the world of entertainment as a professional actress, who has garnered seven television and film acting credits since she launched her career in the mid-2010s.

She’s also increased her wealth through other endeavors.

Jennifer Brooke spent her early years in her hometown of London, where she was raised by her parents; however, she hasn’t shared any details about their names and professions, and it’s also unknown whether she has siblings or is an only child. She holds British nationality, belongs to White Caucasian ethnic group, and is a Christian.

Regarding her education, Jennifer attended The Broxbourne School located in Hertfordshire, and upon matriculation, enrolled into the Italia Conti Academy of Theatre Arts, from which she graduated with honors with a Bachelor of Arts degree in Acting in 2015. While studying, she spent some time working as a sales assistant for River Island, as well as a market researcher for QRS.

Rise to Fame as an Actress

Jennifer Brooke started her career as a professional actress while she was at college, when she featured in the music video for the song “Someone Pull Me Out Of Here” by the band The Pineapple Thief in 2013.

She also performed in numerous Italia Conti Academy productions, including “The Acid Test”, “Book Of Days”, “The Children’s Hour”, “Richard III”, and “One The Shore Of The Wide World”, to name a few. Right after her graduation, she took an opportunity to star in the highly popular British soap opera “Hollyoaks”, broadcast on Channel 4, as the fiancée of Jared Garfield’s character Nathan Nightingale, named Rachel Hardy, a role that garnered her much success and critical acclaim, however, she left the show the following year after appearing in 27 episodes.

Her next appearance came in 2017, when she made her debut feature film appearance as Trixie Marks in the biographical sports drama film “My Name Is Lenny”, which follows the story of the notorious British boxer and bouncer Lenny McLean. The film was directed by Ron Scalpello, and starred Josh Helman, Michael Bisping and Chanel Cresswell.

From 2017 to 2019, Jennifer took the supporting role of Donna in the two episodes “Close Encounters” and “Take One For The Team”, of the BBC Two sitcom “White Gold”, starring Ed Westwick and James Buckley, about a group of window salesmen in the mid-1980s.

Concurrently, she played Karina Richardson in the horror film “Astral” (2018), alongside Frank Dillane and Damson Idris, and during the same year she also performed as Rebecca Harrison in the Pleasance Theatre production of “A Gym Thing”. The next year, she was cast as Onesie in the short comedy film “A Pizza”, which was followed by her portrayal of a chronicle receptionist in the 2021 romantic drama film “The Last Letter From Your Lover”, in which she shared the screen with Shailene Woodley and Joe Alwyn.

Thereafter, she landed a small role in the episode “Invitari” of the fantasy adventure TV series “Knight’s End”, also in 2021.

Jennifer Brooke also serves as the assistant director of The Big Bold Theater Company, and is also a member of Second Sons Theater.

Apart from being an actress, she is recognized as a podcast host. In April 2021, she started co-hosting the podcast “Positive Female News”, alongside Rebecca Rayne. She is also a co-host of another podcast entitled “Inbetween Stages”, next to Kassius Nelson.

Jennifer Brooke has long blonde-dyed hair and green eyes. She stands at a height of 5ft 5ins (1.65m), while her weight is around 125lbs (57kgs). However, information about her vital statistics, bra, dress and shoe size isn’t disclosed.

Jennifer Brooke has been in a relationship with uprising actor Lawton Charman; the couple frequently shares their cute snaps on social media.

The public isn’t aware of when the two started dating, but it’s known that they spent time together in quarantine during the coronavirus pandemic; she still resides in London.

She is a vegan, and so unsurprisingly is an avid dog lover, and has two named Dudley and Twiggy.

Jennifer is also known for her charity work, having volunteered as a radio presenter at Harlow Hospital Radio, and has also collaborated with Riding for the Disabled Association.