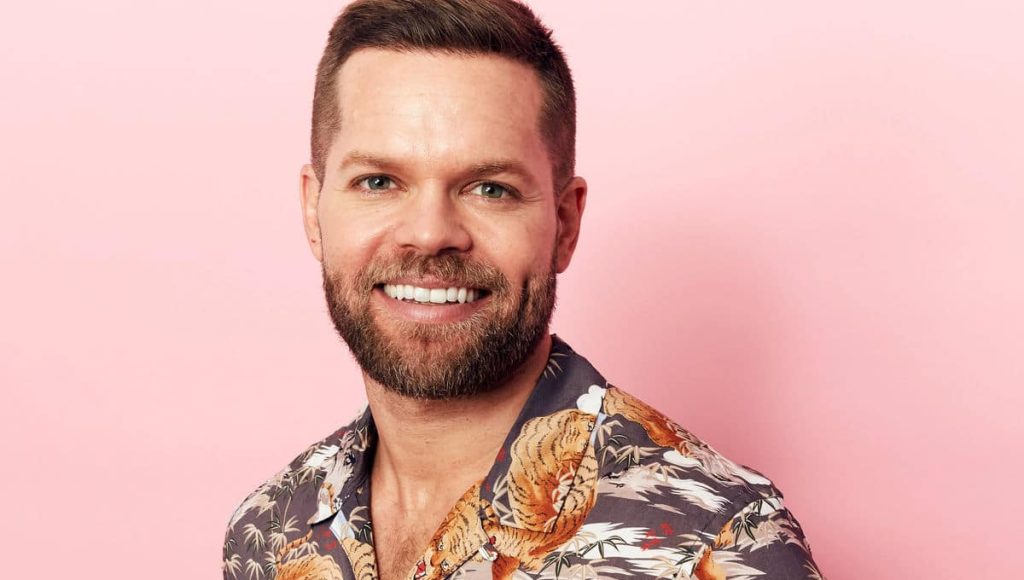 About Wes Chatham from “Hunger Games”: Height, Wife, Net Worth

Wes was born John Wesley Chatham of German and English descent in Atlanta, Georgia, under the Libra zodiac sign on 11 October 1978, which makes him 44 years old as of 2022. He was raised alongside his brother and sister by their mother, who divorced their father when Wes was two years old – he hasn’t shared the names of his parents or siblings. He accompanied his mother when she took his sister for Tide detergent company auditions, and he was luckily selected to appear in their commercial when he was just five after being noticed by the casting director.

Wesley later moved in with his father when he turned 13 years, and without adequate supervision and a proper role model, he grew to be a rebellious and unruly teenager. Wes was kicked out of high school because of misbehavior, and was taken to the second chance institution called Give Center School, situated in Lawrenceville, Georgia. After matriculating, he joined the US Navy, and served as USS Essex’s flight deck aviation firefighter for four years.

Chatham was still serving in the U.S. Navy when his ship was selected by the acclaimed American actor, director, and producer, Denzel Washington, for the biographical drama “Antwone Fisher.” The American director Robi Reed also selected him to appear in the film because he had a ‘genuine military look,’ which saw him leaving the military and he relocated to Los Angeles to start the next phase of his career. Wes later played Cashier in “The Fighting Temptations” and then portrayed Corporal Penning in the Paul Haggis-directed film “In the Valley of Elah,” in which he appeared together with Charlie Theron, Tommy Lee Jones and Susan Sarandon., followed  In 2008 cast as Frank Benedict in the biographical film “W.”

I hope you enjoy it. RT @theora666: About to start #EscapePlan2! Can’t wait to see @weschatham in action. 💪💪 pic.twitter.com/cfDQqoejMK

2011 saw Wes landing the role of Brian in the horror drama “Husk”, and as actress Emma Stone’s character’s brother in the drama “The Help;” the latter movie won several awards including a Screen Actors Guild in 2012. Wes’ fame soared. and he was selected to star as Dillion in the action-drama, “The Philly Kid” in 2012, and was thereafter seen in the 2014 film “This Thing with Sarah.” He then played Danny in “The Town that Dreaded Sundown” before he appeared in “The Hunger Games: Mockingjay – Part 1” both in the same year, and “The Hunger Games: Mockingjay – Part 2” in 2015. 2016 and 2018 saw him in “All I See Is You” and “Escape Plan 2: Hades” respectively; his most recent appearance is as Sammy in the film “Tenet” in 2020.

Chatham made his TV debut as Isaac in the Showtime series “Barbershop” in 2005 and 2006, before he appeared in the episode “Al- Faitha” of the series “Sleeper Cell” in 2005. He then landed the recurring role of Staff Sergent Sam in eight episodes of the CBS TV show “The Unit” in 2009. In 2012, Wes guested in the series’ “Political Animals” and “The Mentalist” playing Gunner Cox and Vince respectively. From 2014 and 2017, he was cast as Shane Caldwell in the series “Hand of God”, and played Amos Burton in “The Expense” from 2015 to 2020. He also played Clark in the episode “Keep the Faith” of the show “The Night Shift” in 2017.

Wes has verified Twitter and Facebook accounts with over 55,000 and 11,000 followers respectively. He’s also active on Instagram under the username @officialweschatham, and has more than 95,000 followers.

Wes is a married man; he began dating his wife-to-be, the Emmy Award-winning American TV host and sports broadcaster Jenn Brown in 2007, and proposed to her in 2011 at a concert while her best-loved rock band, Journey, was performing. Chatham’s wife recalled during an interview that ‘I probably would have looked around and smiled at people, but this made that moment so special and intimate, even with everybody around us.’ The duo eventually tied the knot on 7 April 2012 at Barnsley Gardens Resort, in Adairsville, Georgia, and has welcomed two children together; their firstborn son, John Nash Chatman was born on 24 November 2014 – Wes missed his birth because he was busy shooting the second episode of the series “The Expanse.” Their second son, Rhett Jameson Chatham, was born on 1 June 2016. The family is now living in Los Angeles, California.

Chatham is of white ethnicity, and has blue eyes and brown hair. He has an athletic physique, stands 5ft 11ins (1.80m) tall, and weighs around 152lbs (69kgs).

Wes has accumulated his wealth from his successful career in the showbiz industry. He is authoritatively worth approximately $1.4 million as of 2022.

Jenn was born Jennifer Lynne under the Aries zodiac on 23 March 1981, in Gainesville, Florida, and is 41 years old now. She was raised in Orlando, Florida by her father an Olympic gymnastics trainer, and her mother was the founder of several gymnastic schools. She attended Bishop Moore High, and was very physically active there – she had already broken a few records in her school by the time she was 14 years old, in diving, volleyball, basketball, softball and track and had 14 letters, being ranked among the 10 best Central Florida competitors in the late ‘90s. She later matriculated to the University of Florida.

Brown began her career as a producer before she started working as a host in Bennett Productions from 2004 to 2007. She was later hired to work as a host by CMT and then appeared in the reality show “I Want to Look Like a High School Cheerleader Again” in 2007. After leaving CMT, she briefly worked for various networks such as ESPN, and CBS. She came in as a special correspondent in “Inside the NFL” for two seasons and she bagged an Emmy Award for her works in the show. She also appeared in HDNet TV’s show, “The Wild Side,” which was a remake of the acclaimed show “Wild On on E!” Jenn was later taken on by 48 Straight and she worked with the host Jonny Moseley. Apart from being a host, Jenn appeared in the film “Two Tickets to Paradise” which was directed by D.B. Sweeney, and has also directed several episodes of the TV show “Kingdom.”