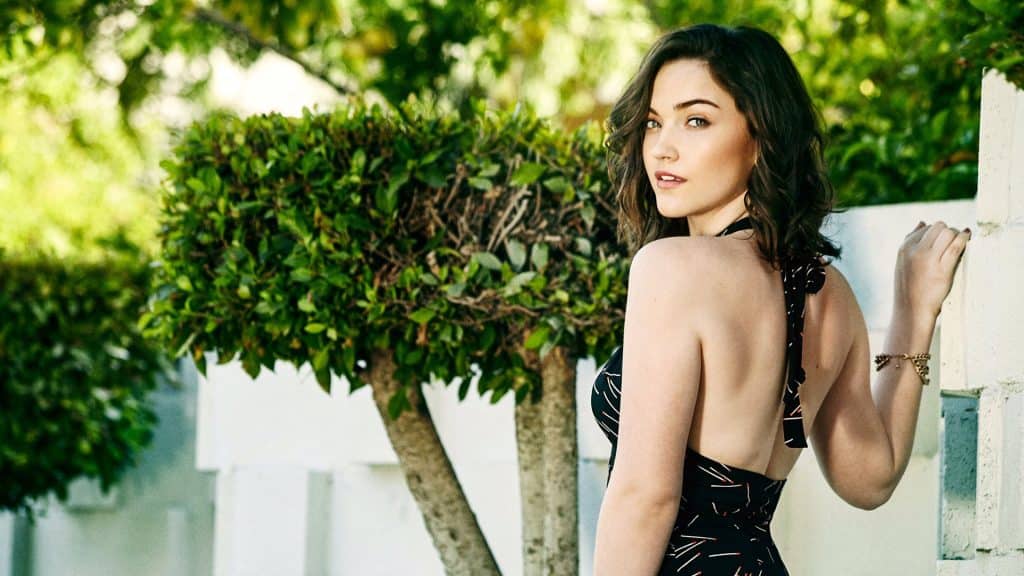 Who is Violett Beane?

American actress, movie producer and director Violett Beane, was born in St. Petersburg, Florida USA, on 18 May 1996 under the zodiac sign of Taurus. She’s appeared in nearly 15 movies and TV series, and is perhaps best known for her playing of Cara Bloom in the popular fantasy comedy series “God Friended Me”, which Bryan Wunbrandt and Steven Lilien created, and in which she starred alongside Suraj Sharma and Brandon Micheal Hall. It follows the life of an atheist who’s been befriended by God on Facebook; the series aired from 2018 to 2020 and won two of its four award nominations.

Violett’s mother Andrea Beane and father whose name remains undisclosed, raised her in St. Petersburg alongside her brother Jackson McGovern; the family moved to Austin, Texas when Violett was 10.

It was only after moving to Austin that she fell in love with acting, appearing in her elementary school’s plays, however, Violett didn’t consider pursuing a career in the film industry until high school. She matriculated in 2014 and in the same year found herself a talent agent, thus choosing acting over attending college.

Violett’s debut TV series appearance was in 2015, when cast to play Taylor in five episodes of the popular mystery fantasy drama “The Leftovers”, which Tom Perrotta and Damon Lindelof created, and in which Christopher Eccleston, Amy Brenneman and Justin Theroux starred. It tells the story of an unexplainable event, when two percent of the Earth’s population simply vanish – the series aired from 2014 to 2017, and won 13 of its 89 award nominations.

The year 2016 saw Violett play Maya Collins in the episode “Some Friend” of the action crime drama “Chicago P. D.”, and between 2015 and 2018, she played the supporting character Jesse Wells in the hit action adventure “The Flash”. Geoff Johns and Greg Berlanti created the series, which follows Barry Allen (played by Grant Gustin) who’s been hit by lightning and has thus become superfast, and it won 29 of the 124 awards for which it was nominated.

I've added HD screencaps of #ViolettBeane as Cara Bloom on the episode 1×01 of God Friended Me in my gallery. Check more: https://t.co/eZqQOMOxQz pic.twitter.com/Vx81hvTtZY

In 2018, Violett played Jesse Wells in the episode “Necromancing the Stone” of the action adventure drama “DC’s Legends of Tomorrow”, and her only other TV series role, besides in “God Friended Me”, has been in 2018, in eight episodes of the critically acclaimed drama “The Resident”. It was created by Roshan Sethi, Hayley Schore and Amy Holden Jones, stars Matt Czuchry, Manish Dayal and Bruce Greenwood, and follows the lives of doctors and nurses working at Chastain Memorial Hospital; it’s been airing since 2018, and has been nominated for three awards.

Violett’s debut film role was her voicing of the lead character Claire Wilson James in the 2016 animated crime documentary “Tower”, directed by Keith Maitland, and which also starred Cole Bee Wilson and Monty Muir. It tells the story of the horrible event that took place on 1 August 1966, when a gunman killed 16 people while shooting from the University of Texas’ clock tower; the documentary won 18 of its 48 award nominations.

Violett could then have been seen playing Lindsay in the 2016 romantic fantasy comedy “Slash”, Olive in the 2018 short musical drama “Eyelid Kid – Rosegold”, and Markie Cameron in the 2018 horror thriller “Truth or Dare”.

In 2019, she played Bethany in the popular fantasy mystery horror “Flay”, directed by Eric Pham, and in which she starred alongside Elle LaMont and A. Michael Baldwin. It follows a girl whose mother’s died, and who now has to protect her brother from an evil spirit.

Some of the talk-shows in which Violett’s made a guest appearance include “Noches con Platanito”, “Kingdom Geek” and “Celebrity Page”.

Although Violett prefers not to share a lot about her love life with the public, it’s still known that she’s been in a long-term relationship with American musician Eyelid Kid since 2016.

The two met not long after Violett had launched her acting career; Eyelid Kid began uploading music videos not long after the launch of his YouTube channel on 28 March 2014, but the channel today numbers only just over 300 subscribers, and Eyelid Kid’s yet to make his breakthrough.

Violet’s in a long-term relationship with Eyelid Kid as of October 2022, hasn’t married and doesn’t have children.

Violett’s quite active on a couple of social media networks, and there are today over 450,000 people following her on Instagram, on which she’s posted nearly 180 pictures and videos.

She’s a fan of tattoos, and has a couple of small ones inked onto her arms.

Violett’s a huge fan of art, especially of painting and architecture.

She likes to spend her spare time fishing at a river, or gathering mushrooms for a stew.

Violett’s a huge lover of dogs, and her favorite breed is Siberian Husky.

She loves to dye her hair, and some of the colors which she’s so far dyed it include pink, purple and green.

Violett’s favorite actresses are Glenn Close and Hilary Swank, and some of her favorite films are “Fatal Attraction”, “The Wife” and “101 Dalmatians”.

Violett’s net worth’s been estimated at over $1 million, as of October 2022.