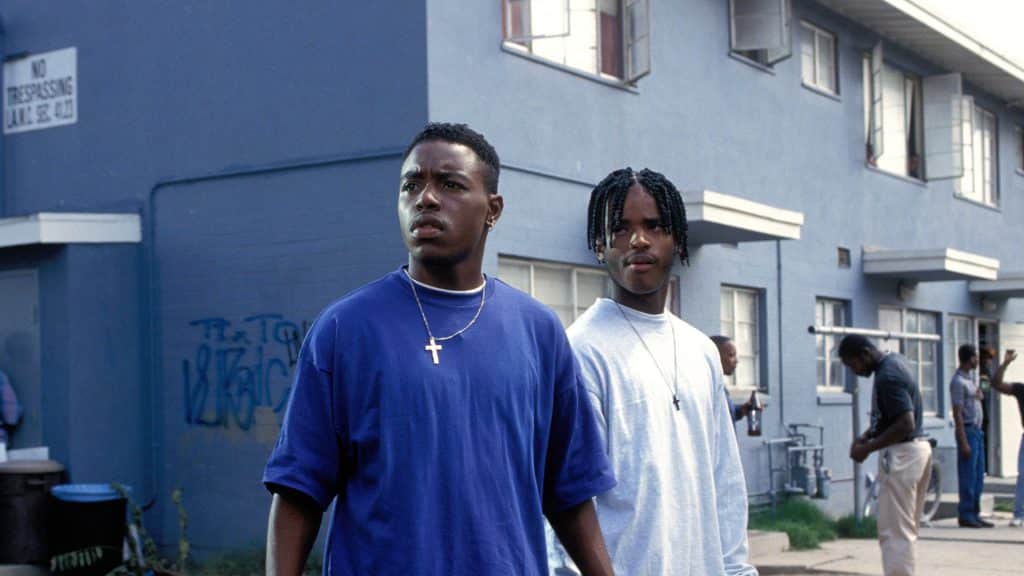 About Tyrin Turner from “Menace to Society”: Net Worth, Height

Who is Tyrin Turner?

American actor, movie script writer and producer Tyrin Turner was born in Los Angeles, California USA, on 17 July 1972 under the zodiac sign of Cancer. He’s appeared in over 40 movies and TV series, and is perhaps still best known for his portrayal of Caine in the 1993 crime thriller movie “Menace II Society”, written and directed by Albert and Allen Hughes, and in which Tyrin starred alongside Larenz Tate and June Kyoto Lu. It follows a young hustler who’s trying to escape the street life; the film won two of its six award nominations.

Tyrin’s American mother, Delores Richmond raised him in Los Angeles, and has revealed that he was a rather problematic child; Tyrin once stole something from a department store, but after his mother gave him a whupping, he stopped stealing and became a better person. He hasn’t spoken about his father, nor if he has any siblings.

Tyrin joined his high school’s drama club and began appearing in school plays when he was 15, using acting to stay away from the street gangs. He was 17 when he made his debut film appearance, playing Kickdrum – Boy in Phone Booth in the 1989 short musical “Rhythm Nation 1814”.

Tyrin matriculated in the following year, and then focused on acting.

He played Cy in the 1995 drama “Panther”, which Mario Van Peebles wrote and directed, and in which Joe Don Baker and Kadeem Hardison starred. The movie follows the lives of several members of The Black Panther Party of Self-Defense, and it won two of its four award nominations. The remainder of the ‘90s saw Tyrin play supporting characters in the 1996 crime drama “The Method”, the 1997 drama “Little Boy Blue”, and the 1998 crime drama “Belly”.

He appeared in only five movies in the 2000s, with the most popular amongst these having perhaps been the 2001 fantasy comedy “How High”, in which he portrayed the supporting character Shirley Locks. The movie was directed by Jesse Dylan, starred Obba Babatunde, Redman and Method Man, and follows two college students who’ve smoked the cremated remains of their best friend who’s recently died.

Tyrin’s three most recent roles have been in the 2020 thriller “Fatale”, and in 2021 the action “Dutch” and the  action horror comedy “The House Next Door: Meet the Blacks 2”. He’s recently finished shooting for the upcoming film “Steppin Into Love”, while he’s currently shooting for “All-Star Weekend” and “Free Agents”.

Tyrin’s debut TV series appearance was in the 1990 episode “Sedrick Scott/Calvin Warner” of the documentary “America’s Most Wanted: America Fights Back”, and he then appeared in the 1992 episode “Stormy Weather: Part 1” of the crime drama “Jake and the Fatman”, and the 1993 episode “The Unteachables” of the family sports comedy “Hangin’ with Mr. Cooper”.

Between 1995 and 1997, Tyrin played Ricky Jackson in five episodes of the popular mystery thriller drama “Chicago Hope”, written by David E. Kelley, and which starred Hector Elizondo, Mandy Patinkin and Adam Arkin. It follows a group of people working at a hospital in Chicago, Illinois, the series aired from 1994 to 2000, and won 31 of its 139 award nominations, including seven Primetime Emmy wins.

Tyrin then portrayed Clyde in the 1997 episode “No Place Like Hell” of the crime drama “New York Undercover”, then had no other TV series roles until 2017, when cast to play Boomer in the drama “Saints & Sinners”, written by Ty Scott, and which starred Jasmine Burke and Clifton Powell. It tells the story of a Southern Baptist church which is involved in all kinds of criminal activities; the series aired from 2016 to 2022 and won two of its five award nominations.

Most recently, in 2020, Tyrin appeared in the episode “Black History Month Spectacular” of the musical comedy “Sherman’s Showcase”.

Tyrin wrote the 2010 episode “Puppy Love” of the family series “My Parents, My Sister & Me”, as well as the 2011 comedy series “In the Flow with Affion Crockett”.

He produced the 2021 action horror comedy movie “The House Next Door: Meet the Blacks 2”.

Tyrin was nominated for a 1994 Film Independent Spirit Award for Best Male Lead, for his performance in “Menace II Society”.

Although Tyrin’s quite a secretive man, who prefers not to share the details of his love life with the public, it’s still known that he’s today a married man, as well as a father of two.

He and non-celebrity American Amina Garner exchanged vows in a rather small ceremony, attended by less than 50 of their closest family members and friends; neither has shared the exact date of the wedding, but it’s believed that it took place sometime in the first half of the 2000s.

Tyrin and Amina have twins Shamaya and Raheem together, but they are keeping the kids away from media, and not even their birthdates are known.

Tyrin hasn’t disclosed if he’s dated any other women – he’s married to Amina Garner as of September 2022, and has twin son and daughter with her.

Tyrin’s good friends with famous American actor and singer Jamie Foxx – the two men spoke out together after George Perry Floyd Jr. was killed by a police officer in Minneapolis, Minnesota.

Tyrin loves rap music, and was to release his debut album under the record label Rap A Lot Records, but this is yet to happen.

His Instagram account’s followed by over 300,000 people, while there are more than 3,000 pictures and videos posted onto it.

Tyrin spends a lot of his spare time at the gym, therefore his muscular body.

He’s a philanthropist and supports a variety of charity and non-profit organizations, while he walked several peaceful protests organized by the movement Black Lives Matter.

Tyrin’s favorite actor is Will Smith, and some of his favorite movies include “King Richard”, “Gemini Man” and “Bad Boys for Life”.