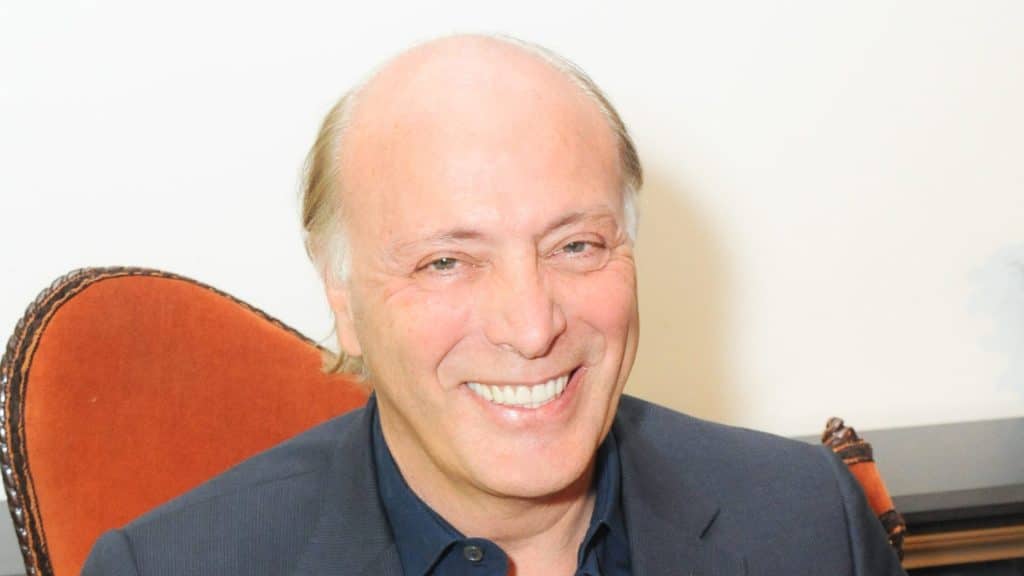 Who is Danny Bennett?

American video producer and musician D’Andrea ‘Danny’ Bennett was born in New York City, USA, in 1954, but his exact birthdate hasn’t been disclosed. Even though Danny’s quite successful in the music industry, he’s probably best known for being a son of Anthony Dominick ‘Tony Bennett’ Benedetto, a famous American singer and painter.

Danny and his younger brother Daegal ‘Dae’ Bennett were raised in New York City by their father, and their mother Patricia Beech who was an art and jazz student at an Ohio college; Patricia took the boys and left Tony in 1965, because he was rarely at home due to his career; she filed for divorce in 1969, citing him for being unfaithful. The divorce was finalized in 1971.

Danny grew up being interested in music, looking up to his father, and it’s believed that Tony paid for both his sons’ singing lessons. Danny studied at a local high school, and was highly sporting during his time there; he was on his school’s football team and could’ve pursued a career in sports if he wanted to, but he instead chose to focus on music.

He matriculated in 1972, and then didn’t enroll at college.

Danny and his brother Dae founded the country rock ‘n’ roll band Quacky Duck and His Barnyard Friends in either 1971 or 1972; they made the rhythm section together, while the band also comprised famous American musician and composer Davis Mansfield, Jon Yaffee, Gordon Javna and Curtis Fried.

They were quite popular in New Jersey, and were the opening act for the late American singer-songwriter Ingram Cecil Connor III, known better as Gram Parsons, when he performed at New York City’s Max’s Kansas City.

Quacky Duck and His Barnyard Friends signed a contract with Warner Bros. Records in 1973 for $75,000, and their debut album “Media Push” was released in the following year. Their “The Barnyard Song” became quite popular, which led to the boys being invited to appear in the popular talk-show “The Mike Douglas Show”.

They still failed to attract enough attention for Warner Bros. Records to keep them, and they were thus dropped. Davis Mansfield went on to become a famous musician, Dany focused on business and became his father’s manager, while Dae became a recording engineer.

Tony’s immense popularity led him to become addicted to cocaine, and he nearly died from a overdose in 1979. This led him to think about his life, and Tony then contacted his sons, revealing that he was lost in life and needed their help.

Danny then realized that he was indeed smart for business, and he and his father agreed that Danny should become his manager. He fixed all of his father’s expenses, helped him settle in New York City, and made him play at colleges and theatres, to help Tony stay away from Vegas, drugs and alcohol. Tony was then able to pay back all of his debts, including to the IRS, he once again began working with famous music director and pianist Ralph Sharon, and sometime in the mid-1980s, signed a contract with Columbia Records.

Danny booked his father many appearances in the critically acclaimed talk-show “Late Night with David Letterman”, which helped him become popular amongst the younger audience; he was then invited to appear and sing in numerous talk-shows, as well as to guest star as himself in the animated series “The Simpsons”.

Danny’s to this day been working as his father’s manager.

Danny’s producing debut was the 1996 TV special “Tony Bennett Live by Request: A Valentine’s Special”, and he produced numerous “Live by Request” music videos in the remainder of the ‘90s, including for James Taylor, Michael Bolton and Vince Gill.

It's your last chance to win a signed poster from Tony! CONTEST ENDS AT NOON EST TODAY!Entering is simple: Just '…

Danny became less focused on producing in 2004, and has since had only a couple of notable producing works, such as the 2009 TV special “Live by Request: John Fogerty”, the 2012 documentary movie “The Zen of Bennett” and the 2018 TV special “Tony Bennett & Diana Krall: Love Is Here to Stay”; most recently, in 2021 he produced the episode “MTV Unplugged: Tony Bennett & Lady Gaga” of the documentary series “Unplugged”.

Danny’s been nominated for four Primetime Emmys, winning one: a 2007 Primetime Emmy for Outstanding Variety, Music or Comedy Special for “Tony Bennett: An American Classic”.

He was also nominated for a 2022 Grammy for Best Music Video, for “Tony Bennett & Lady Gaga: I Get A Kick Out of You”.

Danny usually prefers not to share the details of his love life with his fans, however, on 2 June 2017, he and his girlfriend Hadley Spanier revealed that she was pregnant.

The revelation came as a shock to the public and media, because it came on the same day that Hadley’s father Graham Basil Spanier was sentenced to spend two months behind bars, as he was involved in the Jerry Sandusky-Penn State child sex scandal.

Danny and Hadley have two daughters today, Kelsey and Remy, but it remains unknown if they’ve married.

Prior to meeting Danny, Hadley was married to Edouard Cuilhe, an American financier of French descent.

As of September 2022, Danny’s either married or in a long-term relationship with Hadley Spanier, and has two daughters with her.

Danny loves to travel, and has been all around the world since he became his father’s manager; he’s visited nearly all of the US states, and has been to every continent at least once, with the exception of the Antarctic.

He was physically highly active when he was younger, and worked out at the gym nearly every day, however, Danny no longer works out, and has gained some weight because of it.

Although he’s left the career of a singer and instrumentalist behind him, Danny still occasionally plays the guitar and the piano for his friends and family.

He’s a huge fan of Hollywood films – his favorite actors are Arnold Schwarzenegger and Bruce Willis, while a couple of his favorite movies are “The Terminator”, “Predator” and “Commando”.

Danny’s net worth’s been estimated at over $18 million as of September 2022, and his father Tony’s at over $200 million.