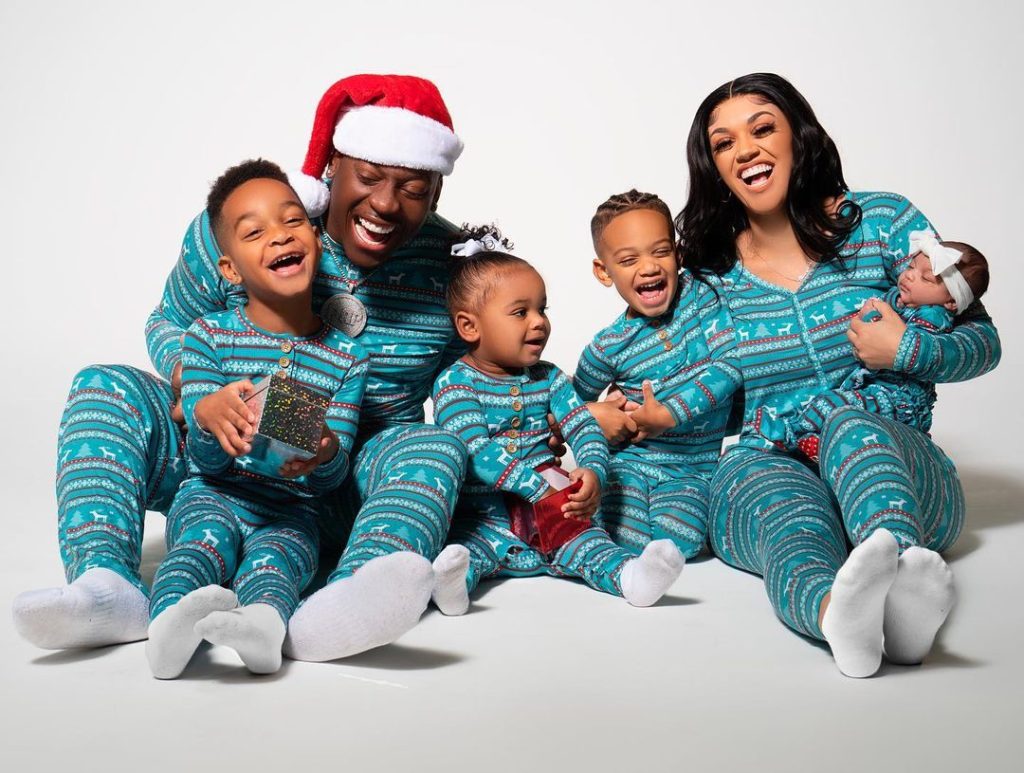 Damien Antwon Prince and his wife Biannca Ryann Raines alongside their four children, Ayla, Nova, DJ and Kyrie, are members of the popular YouTube family, known for their channel, established on 24 August 2016, which is today subscribed to by over nine million people.

Their vlog videos mostly feature themselves doing challenges, pranks, reacting to viral videos, cooking, games, and the family’s everyday life. All of their videos combined have amassed over two billion views.

Damien and Bianca met at a Little Caesars Pizza Restaurant in their hometown, Fort Wayne, Indiana USA, where they were working together. At that time in 2012, Damien was 20, and Bianca had just turned 15 years. In one of their videos, Damien admitted that he’d dated numerous girls before he met Bianca, but felt that she was ‘the one’.

The two began dating, but struggled financially – at one point in their lives, soon after their baby boy DJ was born, they had to move out of their apartment into a motel since they couldn’t pay the rent. Bianca’s mother provided the food for them, and they even had to sell their car.

Eventually, Damien launched a YouTube channel, so they could (hopefully) get more money, and somehow manage to resolve their financial problems.

Damien and Bianca launched their YouTube channel “Couple Reacts”, their videos featuring the two of them reacting to entertaining videos on the internet, and they quickly they become one of YouTube’s fastest-growing channels, attracting around 25,000 subscriptions per day.

They began expanding their content by doing live streams on occasions, vlogs, pranking, and challenges, and renamed their channel by popular fan request to “D&B Nation”.

In November 2016, a week after their channel had reached a million subscribers, they were robbed, and the intruder hacked their channel, however, luckily, they managed to get their belongings and channel back.

Their first channel has gained over four million subscribers, however, their second channel is the one that helped them to achieve international fame.

“The Prince Family” channel was at first named “DJ and Ky”, and was dedicated to their children, however, they renamed it, and today their fans can enjoy their family videos weekly.

Although they have four more YouTube channels, entitled “Damien & Biannca”, “The Prince Family Clubhouse”, “Biannca Prince”, and “GamingWithD&B”, the most popular is “The Prince Family”, so we will mention some of the most viewed videos on this channel.

The number one most viewed video “Spin The MYSTERY Wheel Challenge! Truth or Dare (1 Spin = 1 Dare)” was uploaded on 15 November 2019, and has been viewed over 22.5 million times.

Their second most viewed video “SPIDER PRANK ON THE PRINCE FAMILY” has amassed over 15 million views, and has nearly 500,000 likes.

In third place is the video entitled “THE PRINCE FAMILY OFFICIAL BABY GENDER REVEAL!!!” uploaded on 9 March 2019, and it has gained over 15.5 million views.

Both Damien and Biannca are active on social media platforms, and they have their own armies of followers.

As mentioned, the two started dating in 2012, and they became parents for the first time on 9 February 2015, when Biannca gave birth to their son, Damien Antwon Prince Junior (DJ). Damien proposed to Biannca a few weeks before their second son, Kyrie, was born on 11 December 2016.

In early 2017, after a fight about their relationship (which was filmed and uploaded on their channel), Biannca took her engagement ring off and walked out of the house, saying that she doesn’t want to be with him anymore.

The next day, Damien announced that she took the kids and left him, and he cried over the possibility of their family falling apart. A few days later, Biannca uploaded a video featuring her and the boys in a motel room, saying that she needed some time away from the camera and Damien.

Posted by Damien & Bianca Together on Wednesday, February 9, 2022

They eventually reconciled, and announced that Biannca was diagnosed with Postpartum Depression (PPD) – as they said, many of the symptoms of PPD explained the reasons why she was so emotional and distant.

The couple announced their wedding on 23 July 2017, but the wedding was interrupted and objected to by Damien’s father, who claimed that he had doubts about the marriage. In the end, the two married.

On 29 April 2019, they welcomed their third child, Nova Grace Prince, and their youngest one, Ayla Faith Prince was born on 26 October 2020.

As of August 2022, Damien and Biannca are still together, and they have four children.

Ages, heights, and net worth

According to sources, “The Prince Family” YouTube channel earns approximately $100,000 per month, as the family also collaborates with numerous popular brands, so as of August 2022, their net worth has been estimated at over $6.5 million.

The family currently lives in Texas – they bought a new house in July 2022, which they showed in one of their videos.