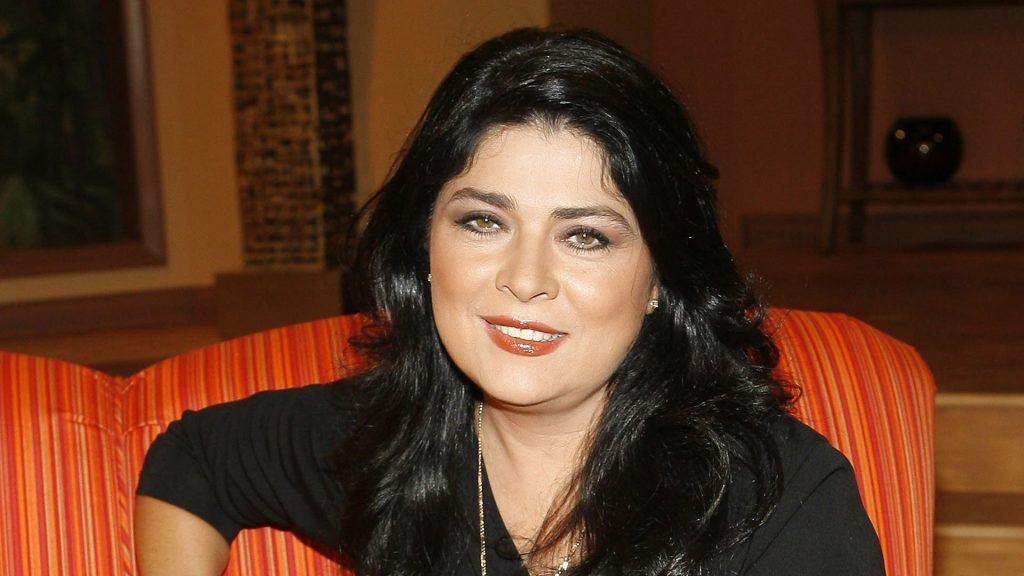 About the “Fake Wedding” between Victoria Ruffo and Eugenio Derbez

Who is Victoria Ruffo?

Victoria is a Mexican actress, one of the all-time greats of Mexican soap operas. She’s perhaps best known to the world as Maria Fernandez Acuna in the telenovela “La Madrasta” (2005), in addition to numerous other roles in Mexican telenovelas.

María Victoria Eugenia Guadalupe Martínez del Río Moreno-Ruffo was born on 31 May 1962, in Mexico City, Mexico. She is the daughter of Ramon Martinez and Guadeloupe Morena and has two sisters, Gabriela Ruffo, an actress and radio host, and Marcela Ruffo, who is a producer.

She took an interest in acting at an early age, and while in high school, her professors encouraged her to start pursuing acting. After high school, Victoria enrolled at the Mexican Academy, Andres Soler, to study acting.

Victoria was 18 years old when she made her acting debut, cast in the role of Victoria in the comedy musical film “Discoteca es Amor” (1979), which starred Armando Silvestre, Maritza Olivares, and Tere Alvarez.

The following year, she was selected for the role of Rosario Reyes in the Mexican telenovela “Conflictos De un Medico”, thus marking the beginning of her more than successful career in telenovelas. The same year, Victoria also appeared in the action thriller-drama film “El Hombre Sin Miedo”, written and directed by Edgardo Gazcon, and starring Valentin Trujillo, Julio Aldama, and Elizabeth Aguilar.

She continued her career with roles in telenovelas – she was Pilar Alvarez in the soap opera “Al Rojo Vivo” (1980), then she played Julia in the TV series “Quiereme Siempre” in 1981. In 1982, Victoria won the role of Grisel in the telenovela “En Busca Del Paraiso”.

Victoria’s career was improving, and in 1983 she secured her first major role, when selected as Natalie in the romantic drama “La Fiera”, and starring in all 230 episodes of the heavily appraised series until 1984, alongside Rocio Banquells, Isabela Corona and Angelica Aragon. She won the TVyNovelas Award in the category for Best Young Lead Actress for her work on “La Fiera”.

In 1984 she was Susana in the action-drama film “Un Hombre Violento”, with Valentin Trujillo, Mario Almada and Victor Alcocer as the main stars, while in 1985, she secured another lead role in a telenovela, cast as the title character in “Juana Iris”, in which she once again teamed up with Valentin Trujillo, accompanied by Blanca Guerra and Carmen Montejo, among others.

Victoria turned into a proper Latin star before the end of the ’80s, with such roles as Victoria in the telenovela of the same name, about a girl who comes to Mexico in search of true love. She was praised for her work, and her on-screen chemistry with Juan Ferrara won the hearts of many.

After the end of the series in 1988, she continued in the same manner, with one of her most praised roles, as Maria Lopez in the telenovela “Simplemente Maria”. Her co-stars included Manuel Saval and Jaime Garza, and Victoria earned a TVyNovelas Award nomination for Best Actress.

The ’90s and Further Success

The ’90s were the golden age of Latin telenovelas, and Victoria enjoyed worldwide success throughout the decade. Her first major role in the ’90s was as Cristina in the soap opera “Capricho” (1993), then in 1995, she was chosen for the lead role of Consuelo in the critically appraised soap opera “Pobre Nina Rica”, co-starring Ariel Lopez Padilla, Paulina Rubio, and Laura Zapata.

Before the decade ended, Victoria featured in the popular telenovela “Vivo Por Elena” (1999), which earned her another Best Lead Actress award nomination.

She launched the new millennium rather successfully. She was chosen for the lead role of Cristina Alvarez Rivas de Rivero in the soap opera “Abrasame Muy Fuerte”, with which Victoria proved herself as one of the best Mexican actresses of all time. Co-starring with Cesar Evora, she won the La Maravilla Award in the category for Best Co-Lead Actress. She continued into the decade with the role of Maria Fernandez Acuna in the soap opera “La Madrastra” (2005), for which Victoria won the Best Leading Actress award by Bravo Awards for her work.

Her next big project was the role of Victoria Santiesteban de Mendoza, a divorced woman who meets a younger man with whom she starts a romance in the telenovela “Victoria” (2007-2008).

In 2008, she was chosen for the role of Macarena Espinoza de los Monteros in the soap opera “En Nombre Del Amor”, joined by Leticia Calderon, Altair Jarabo, and Allisson Lozz. The role earned her a Premios People En Espanol Award nomination in the category for Best Supporting Actress.

Victoria started the next decade with the honor of being named one of Latin America’s 50 Most Beautiful People.

She next joined Maite Peroni, William Levy, and Diego Oliveira in the telenovela “Triunfo Del Amor” (2010-2011). She was then chosen for the part of Refugio Chavero in the soap opera “Corona De Lagrimas”, which won her TVyNovelas Award in the category for Best Leading Actress.

Victoria has become more focused on her family life rather than chasing new projects to star in. However, she’s still made a few prominent appearances. In 2014, Victoria portrayed Cristina Benavente de Dominguez in the soap opera “La Malquerida”, while in 2016, she returned to the screen with the role of Ines in the telenovela “Las Amazonas”, and then in 2019, she played Maura in the comedy series “Cita A Ciegas” – this was her first role in a comedy, and the first telenovela in which Victoria’s character didn’t cry.

Most recently, Victoria has been announced as in the returning cast in the sequel “Corona De Lagrimas 2”, scheduled for a premiere on 29 August 2022.

As of mid- 2022, Victoria Ruffo’s net worth has been estimated at $12 million, earned through her successful career as an actress, during which she’s appeared in more than 30 films and TV titles.

When it comes to her personal life, Victoria has been married to Mexican politician Omar Fayad since 9 March 2001. The couple has two children, twin daughters, Victoria and Anuar, born on 11 August 2004.

In the early ’90s, Victoria was in a relationship with famous Mexican actor, comedian, writer and producer  Eugenio Derbez. The couple was married from 1991 until 1996, during which time they welcomed a son, Jose Eduardo, now an aspiring actor and singer.

The two started their romance in 1989, and it was turbulent from the start. When she became pregnant with their only son, Ruffo and Derbez made their romance official. However, the wedding ceremony wasn’t genuine – Eugenio staged the entire ceremony with his comedian friends and hired a fake priest. Eugenio claimed that Victoria knew everything from the start, and she later used this fake wedding to gain custody over their son.

The two haven’t been on good terms since their break-up, and she didn’t want Jose Eduardo anywhere near Derbez, which caused further problems between the two and a lawsuit.