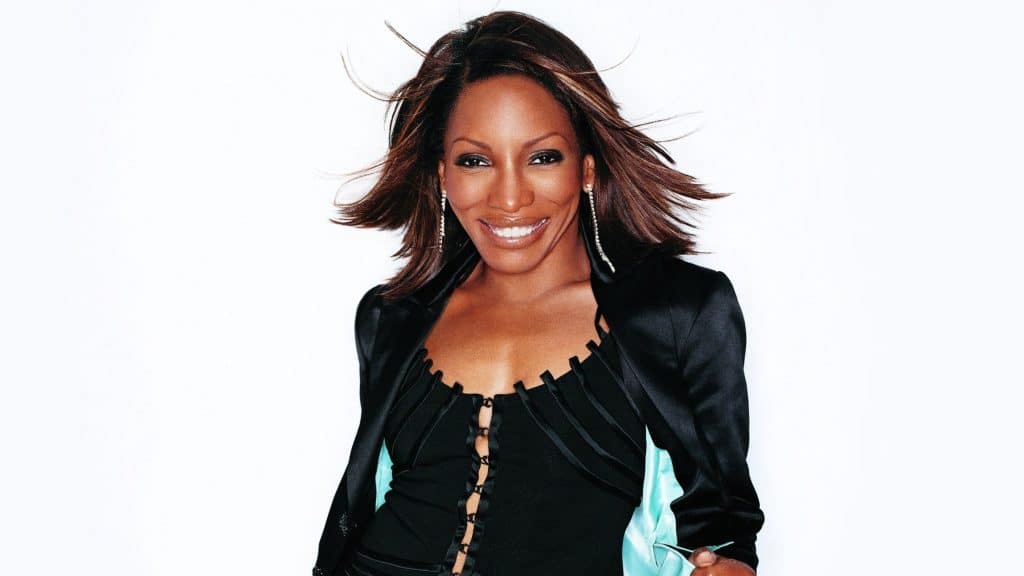 Who is Stephanie Mills?

Mills is an American Drama Desk Award-winning singer and songwriter, perhaps best known to the world for her performance as “Dorothy” in the musical “The Wiz” (1974-1979), and for such songs as “Home”, “I Have Learned to Respect the Power of Love”, and “Never Knew Love Like This Before”, among many other achievements throughout her prolific career.

Stephanie’s career began when she was just nine years old, when she made her debut stage appearance in the Broadway musical “Maggie Flynn”. She then won Amateur Night at the Apollo Theater competition at 11 years of age, and became the opening act for the Isley Brothers. The next thing she knew, Stephanie was signed to Paramount Records, thanks to Michael Barbiero.

She moved to the Motown record label, as Suzanne de Passe took her under her wing; however, albums “Movin’ in the Right Direction” and “For the First Time” in 1974 and ‘75 failed to make an impact, and she was released from the label.

Although she failed to get her music career going, people were still reveling in Stephanie’s  singing, with the role of Dorothy in the Broadway original “The Wiz”, which she performed from 1974 to 1979, winning the Drama Desk Award in 1975. The song “Home” became a hit immediately, by which people recognized her all over the world.

Upon the end of her Broadway tour in 1979, she signed with 20th Century Fox Records, and the same year released her first album for the label, “What Cha Gonna Do with My Lovin'”, a mix of disco and R’n’B music, which spawned such hits as “Put Your Body in It”, “You Can Get Over”, and the title song, and achieved gold status in the US.

Her next album, “Sweet Sensation” followed the same route as its predecessor, and it also achieved gold status. The album entered the top 20 of the US Billboard 200 chart, landing at No. 16, spawning her probably most popular song ever, “Never Knew Love Like This Before”, as well as “Sweet Sensation”. The former hit single won her the Grammy Award in the category for Best Female R&B Vocal Performance.

Stephanie was unstoppable in the early ’80s; her third, self-titled album, again released through 20th Century Fox, achieved gold status and landed at the No. 3 on the US R&B chart, and spawned such hits as “Two Hearts” – a duet with Teddy Pendegrass, which earned her a Young Artist Award nomination in the category for Best Young Musical Recording Artist-Female, and “Night Games”, among others.

She left 20th Century Fox and returned to Motown, but after another fiasco with the album “Love Has Lifted Me” in 1982, she signed with Casablanca Records, an American record label owned by Universal Music Group. The same year she released her seventh album, “Tantalizingly Hot”, but the album was nowhere near the success she’d enjoyed while with 20th Century Fox.

However, she continued with two other albums for Casablanca, “Merciless” in 1983, which contained the hit cover of Prince’s “How Come You Don’t Call Me Anymore”, and “Pilot Error”, then “I’ve Got the Cure” (1984), with such hit singles as “The Medicine Song”, “Edge of the Razor”, and “In My Life”.

She changed labels once again, signing with MCA and releasing the album simply entitled “Stephanie Mills”, which announced her resurrection with hit singles “Stand Back”, and “I Have Learned to Respect the Power of Love”, which topped the US R&B chart.

Stephanie made her comeback complete with the next album, “If I Were Your Woman” (1987), which topped the US R&B chart and achieved platinum status. Some of the popular songs from the album include “(You’re Putting’) A Rush on Me”, “Secret Lady”, and the title song.

She continued to dominate the scene until the end of the decade, with the albums “Home” (1989), which was another gold album, with such hits as “Something in the Way (You Make Me Feel!)”, “Real Love” and “Home”, among others.

She slowed down going into the ’90s and released only a couple of albums, “Something Real” and “Personal Inspirations” in 1992 and 1994 respectively, but to mediocre success; the latter was a live gospel recording produced by Donald Lawrence.

She went on an hiatus from recording as she focused on her family life, returning only in 2004 with the album “Born for This!” for Lightyear Entertainment; which spawned the hits “Can’t Let Him Go” and “Free”.

The album “Born for This” in 2004 is her latest full-length release, but since then, she’s shared a few new singles, including “So in Love This Christmas” and “Let’s Do the Right Thing”, in 2012 and 2021, respectively.

She is currently on tour across the US – her most recent performance was in Richmond, Virginia, at the Dominion Energy Center.

As of mid- 2022, Stephanie Mills’s net worth has been estimated at over $2 million, earned through her prolific music career, during which she’s sold over eight million albums in the US and over 30 million worldwide.

When it comes to her personal life, Stephanie has gone through several ups and downs. She’s been married and divorced three times, her first marriage was to American dancer, choreographer, singer, and songwriter Jeffrey Daniel, best known as the founding member of the R&B vocal group Shalamar. The two were married from 1980 to 1983.

She married for the third time in 1993, to a non-celebrity man named Michael Saunders; the two divorced in 2001.

Stephanie gave birth to a son named Farad when she was in her mid– 40; Farad was born with Downs Syndrome and celebrated his 20th birthday in 2021. The name of the boy’s father is unknown to the mainstream media.

The prominent singer has black curly hair and brown eyes. She stands at a height of 4ft 9ins (1.45m), while she weighs approximately 110lbs (50kgs). She’s struggled with a few extra pounds in the past, but thanks to hard work, has reduced her weight.