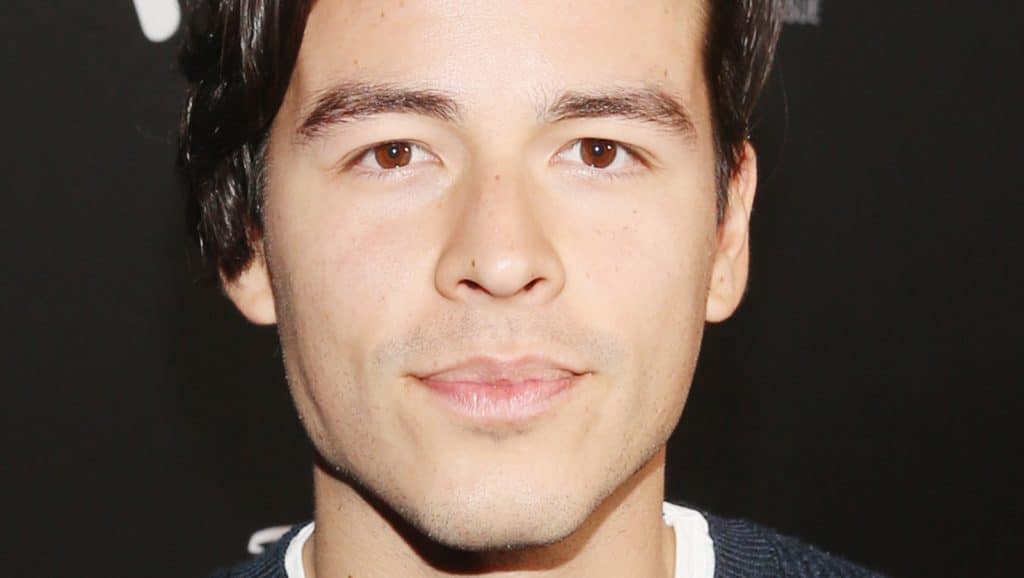 Who is Manolo Gonzalez Vergara?

Colombian actor, movie script writer and director Manolo Gonzalez Vergara, was born in Antonio, Columbia on 16 September 1991, under the zodiac sign of Virgo. He’s appeared in nine movies and TV series, and is perhaps best known for his portrayal of DJ in the 2015 action crime comedy movie “Hot Pursuit”, directed by Anne Fletcher, and which starred Reese Witherspoon, Sofía Vergara and Matthew Del Negro. It follows a police officer who’s trying to protect the widow of a drug lord – the film was nominated for four awards.

Sofía and her first husband Joe Gonzalez raised their son Manolo in Antonio, but they divorced when he was two years old, although remained equally involved in his upbringing. Manolo has no siblings or half-siblings.

He became interested in acting at a very early age, thanks to his mother who occasionally took him with her when shooting for her movies and TV series. Manolo was only six when he made his debut TV series appearance, playing Brincos Band in a 1997 episode of the comedy “La Sonrise del Pelicano”, but then focused on his education, not having any acting credits in the following 16 years.

Manolo attended a local high school in Antonio, and upon matriculating in 2009, enrolled at Emerson College in Boston, Massachusetts from which he graduated with a Bachelors’ degree in 2013.

Manolo’s debut film appearance was in the 2013 drama “White Rabbit”, directed by Tim McCann, and which starred Nick Krause, Todd McLaren and Sam Trammell. It follows a teenager who’s being bullied at school, and who’s begun having visions of a white rabbit which he killed when he was younger; the movie won six awards.

He portrayed Max Elliot in the 2018 family adventure “Destined to Ride”, written and directed by Anna Elizabeth James, and which starred Madeline Carroll, Denise Richards and Cassi Thomson. It follows Lily who’s befriended the horse Pistachio at a summer camp. The same year saw Manolo star in the music video “Shannon K: Give Me Your Hand”.

Most recently, in 2019, he played Jorgie Lobo in the popular thriller drama “Vandal”, written and directed by Jose Daniel Freixas, and which starred Daniel Zovatto, Frankie J. Alvarez and Beau Knapp. It tells the story of a Miami graffiti crew’s leader, and the film was nominated for two awards.

In 2016, Manolo played Alberto in the episode “#Flashback Friday” of the comedy mini-series “#ThisIsCollege” – his only other TV series role has been his portrayal of both Preston and Simon in all the 17 episodes of the mystery drama “Guilty Party”, in which he starred alongside Tiffany Alvord and Teala Dunn; it follows Emma who wants her revenge now that her diary’s been stolen, and all of her secrets revealed.

Manolo wrote and directed the 2017 short comedy film “Waking Up”, and is currently directing the upcoming short movie “Post-Mortem”.

He’s made a guest appearance in a couple of talk-shows, including “Teens Wanna Know”, “Entertainment Tonight” and “365 Days of Love”.

Even though Manolo prefers to keep his personal matters to himself, it’s still known that there are two women whom he’s dated. He dated Sofía Carson in 2016, a famous American actress and singer, with more than 60 acting credits to her name, perhaps best known for her portrayal of the main character Cassie in the 2022 romantic musical movie “Purple Hearts”. Manolo and Sofía were together for only a couple of months.

The following year saw him date Sofía Carson’s sister Paulina Char; the two met while he was still dating Sofía, and it’s believed that it was love at first sight for Manolo and Paulina, however, they ended up being together for less than a year.

Manolo seems to be single as of September 2022, hasn’t married and doesn’t have children.

Manolo’s passionate about photography, and posts his photos onto his Instagram account; he’s followed by nearly 450,000 people on the social media network, and has uploaded close to 5,000 pictures and videos.

He’s a cat-lover, and often poses for his Instagram pictures with his pet cat Skimbelshanks.

Manolo’s a fan of fast cars, and has recently purchased a brand new Porsche.

He spends a lot of his spare time working out at the gym, while he also enjoys playing soccer and basketball with his friends.

Manolo’s favorite actors are Brad Pitt and Tom Hanks, and a couple of his favorite movies include “Bullet Train”, “Troy”, and “Inglorious Basterds”.

Who is his mother Sofía?

Famous Colombian-American actress and model Sofía Margarita Vergara Vergara was born in Barranquilla, Atlantico, Colombia, on 10 July 1972 under the zodiac sign of Cancer. She’s appeared in nearly 50 movies and TV series, and is probably best known for her portrayal of Gloria Delgado-Pritchett in the popular romantic comedy series “Modern Family”, created by Steven Levitan and Christopher Lloyd, and in which she starred alongside Ed O’Neill and Julie Bowen. The series follows the lives of three families, aired from 2009 to 2020, and won 141 of its 525 award nominations, including 22 Primetime Emmy wins.

Sofía became interested in acting while attending a high school in Barranquilla, but still chose not to pursue a career in the film industry until she was done with her education; she matriculated in 1990, and then enrolled at National University of Colombia, however, she changed her mind after a year, and so dropped out.

The year 2004 saw her play the supporting character Blanca in the comedy “Soul Plane”, directed by Jessy Terrero, and which starred Dwayne Adway, Snoop Dogg and Tom Arnold. It follows the crew and passengers aboard an airplane on its maiden flight, and the film was nominated for a BET Comedy Award for Outstanding Supporting Actress in a Box Office Movie (Mo’Nique).

Sofía played Amelia in the 2005 biographical sports movie “Lords of Dogtown”, which won one of its eight award nominations, and the same year saw her appear in the action crime film “Four Brothers” and the comedy movie “Seven Days”.

She portrayed Cheryl in the 2008 romantic comedy film “Meet the Browns”, created by Tyler Perry, and which starred Tamela J. Mann and Angela Bassett. It follows a single mother who’s come to Georgia to attend her father’s funeral – the film was nominated for three awards.

In 2015, she played DD in the action crime movie “Wild Card”, directed by Simon West, and which starred Jason Statham, Michael Angarano and Dominik Garcia; it follows a bodyguard who’s in trouble with the mafia.

She’s won 11 of her 57 award nominations, including four Primetime Emmy nominations for Outstanding Supporting Actress in a Comedy Series between 2010 and 2013, for her performance in “Modern Family”.

Sofía was only 18 when she married Manolo’s father Joe Gonzalez – they divorced two years later. She became engaged to American actor and businessman Nicholas Mears Loeb in 2012, but they called it off in 2014. Since 21 November 2015, Sofía’s been married to American actor Joseph Michael Manganiello.