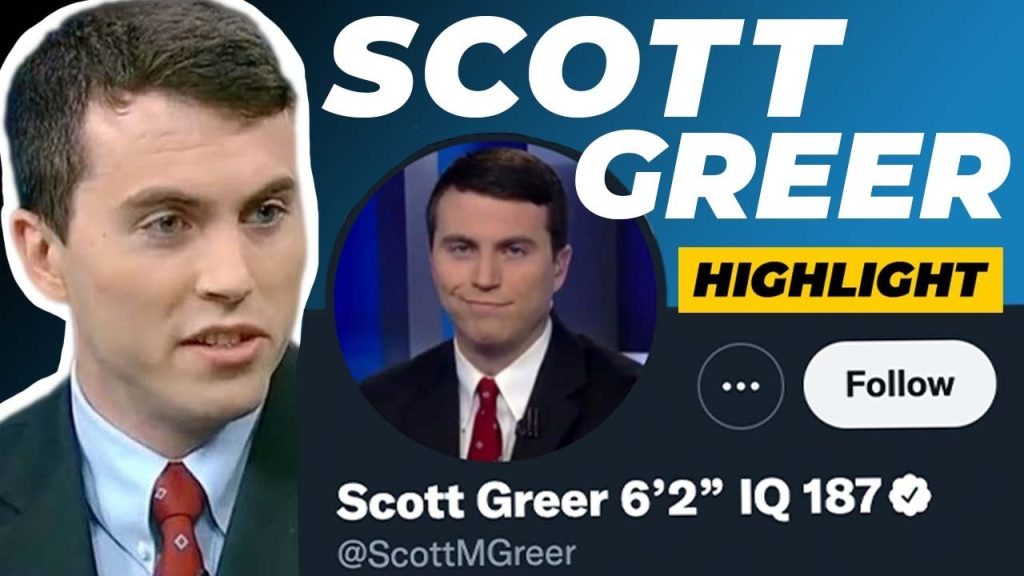 Who is Scott Greer?

An author, columnist, and former deputy editor of the mainstream 24-hours news publication “The Daily Caller”, Scott Greer is perhaps known best for his reputation as a far right-wing writer. His controversial book entitled “No Campus for White Men: The Transformation of Higher Education into Hateful Indoctrination”, put him among one of the ‘loudest’ young proponents of the white nationalist viewpoint far-right ideas.

Tucker Carlson, one of the co-founders of The Daily Caller, said about Scott’s book: ‘In this bracing and sometimes horrifying book, Scott Greer pulls off the bandage to reveal the suppurating wound beneath. Higher education is rotting in this country. After reading Greer’s account, you’ll think twice before sending your children off to school.’

There is nothing known about his early life. He hasn’t shared his exact birth date, nor where he was born and raised, although it’s known that he graduated from the University of Tennessee in 2013, so his year of birth might be 1991.

This confirms his interview for USA Today, published on 23 January 2017, in which among other things, Scott said: ‘I graduated only four years ago. I never witnessed trigger warnings or had a fellow student yell at me to check my privilege. Now my old campus newspaper has feature articles with trigger warnings and meltdowns over pro-Trump chalk marks’.

The interview was related to his book, which was released three days later, and Scott admitted that the title of his book is intentionally provocative.

“The Daily Caller” is right-wing news and opinion website, founded by Tucker Carlson and Neil Patel, based in Washington DC. Scott Greer joined the team in 2014 as a columnist, and later began serving as the deputy editor for the website.

His articles were recognized a through a strong conservative viewpoint, and many readers have questioned how such a strongly opinionated individual manages to maintain such a high position with The Daily Caller.

Sometime in 2017, Scott Greer was revealed to have ties to members of the white nationalist movement. There were photos on his Facebook featuring him wearing clothes belonging to the group Youth for Western Civilization, and he was photographed with white nationalists, including the Wolves of Vinland, Tim Dionisopoulos, and Richard Spencer, an American neo-Nazi, white supremacist, and anti-Semitic conspiracy theorist.

In September 2018, The Atlantic reported that Scott had written under a pseudonym for the white supremacist ‘Radix Journal’, and Scott soon left The Daily Caller, stating that he wants to dedicate his time to writing a new book.

The Daily Caller explained why he hadn’t been fired in 2017: ‘We had two choices: fire a young man because of some photos taken of him at metal shows in college, or take his word. We chose to trust him. Now, if what you allege is accurate, we know that trust was a mistake, we know he lied to us. We won’t publish him, anyone in these circles, or anyone who thinks like them.’

At the time he was writing for The Daily Caller, Scott Greer also wrote for Radix Journal – the publication associated with Richard Spencer – under the pseudonym ‘Michael McGregor’, and according to The Atlantic, he expressed racist anti-black views and anti-Semitism in his articles.

Greer has long been tied to white nationalist groups. Here is he wearing a "Youth for Western Civilization" shirt, a group that Matthew Heimbach cut his teeth in, and hanging out with white power fight club the Wolves of Vinland, one of whose members burned down a black church. pic.twitter.com/8VG4bhM5pM

Scott also disparaged other groups, including immigrants, pro-life movements, feminists, and Christian Zionists. In 2014, Michael McGregor was identified as the managing editor of Radix; Scott later admitted that his views changed since he stopped writing for this website in 2015.

He also added: ‘In my early twenties when it appeared our only mainstream options were Mitt Romney, Jeb Bush, Barack Obama and Hillary Clinton, I was attracted to more radical ideas and expressed them under the name Michael McGregor at Radix Journal.’

Among other things, Scott said that he will not apologize for honestly stating what he believed to be correct at that time, adding that his tweets and The Daily Caller columns were his honest views. Scott said that his team at The Daily Caller was unaware of his outside writings, and that he will continue to promote his views without any shame or regret.

In his Twitter bio, besides his name, Scott included his height (6ft 2ins-1.88m) and his intelligence quotient (IQ), which according to him is 187 – based on IQ tests, a person with this score is profoundly gifted.

Can the Right build an alternative culture to challenge the mainstream? Find out on the latest IQ supplement! https://t.co/N3RpQH99wp

His tweets came into the spotlight when the day after Donald Trump won the 2016 US election, he posted: ‘As a white man, I finally now feel safe in America’. Scott claimed that for this tweet he received a backlash of insults and racist comments; he responded that he was ‘only trolling’.

Scott prefers to keep his personal life away from the media’s attention, and there is no information regarding his love life and any relationships. He hasn’t spoken about any person with whom he might be romantically linked, so his personal matters stay a mystery.

As of August 2022, it’s assumed that Scott is single, hasn’t been married or engaged, and doesn’t have children.

Age, salary, and net worth

Scott’s age is 30 or 31, and if you wondered about his net worth, according to sources, as of August 2022, it’s been estimated at $2 million. His book “No Campus for White Men” and his audio compact disk (CD) can be bought on Amazon.com. There is no information on how many books he’s sod, however, at the time of writing, there were only 11 books left in stock.

According to glassdoor.com, the Daily Caller’s columnist has an average salary of around $53,000 per year, however, employees in the top 10 percent can make over $110,000. The Radix Journal it seems doesn’t have a salary for its employees, but they do have a yearly budget thanks to the donations they receive.