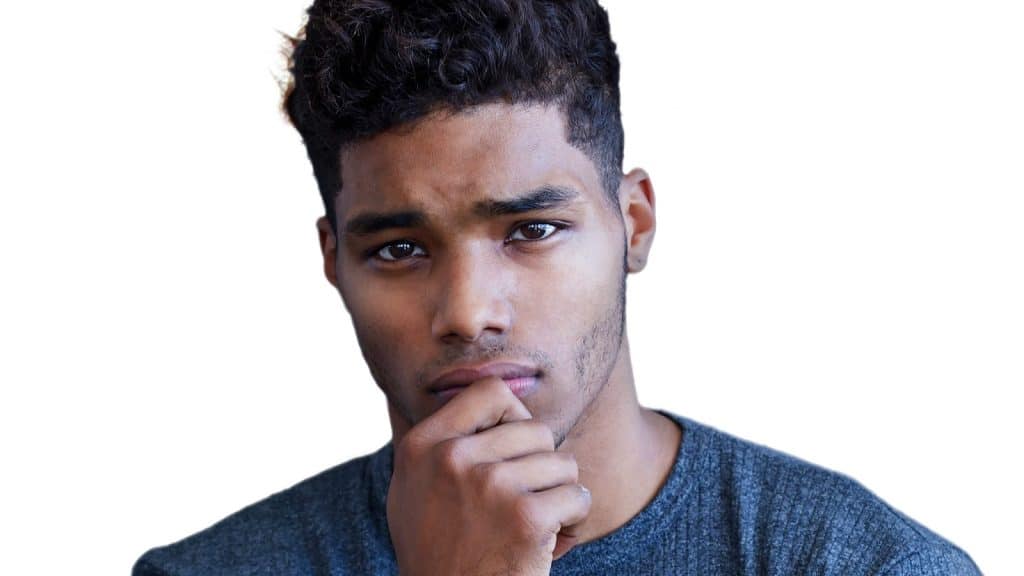 Who is Rome Flynn?

American actor and model Rome Trumain Flynn was born in Springfield, Illinois USA, on 25 November 1991, under the zodiac sign of Sagittarius. He’s appeared in 21 movies and TV series, and is probably best known for his portrayal of Gabriel Maddox in the mystery crime series “How to Get Away with Murder”, created by Peter Nowalk, and which starred Viola Davis, Billy Brown and Jack Falahee. It follows a criminal defense professor and a couple of his law students who’ve become involved in a murder case; the series aired from 2014 to 2020 – Rome joined the cast in 2018 – and won 21 of its 100 award nominations, including a Primetime Emmy win for Outstanding Lead Actress in a Drama Series (Viola Davis).

American hard-working non-celebrity woman Nickey Alexander raised Rome and his seven siblings in Springfield; Rome hasn’t disclosed the name of his father, and it’s believed that he wasn’t around while Rome was growing up.

Rome’s passion for acting and dancing was born while he was attending Lanphier High School; he honed his acting skills with the school’s drama club, and appeared in both theatre and school plays. Rome wanted to pursue acting straight after completing his high school education in 2010, however, his mother urged him to continue studying; he thus enrolled at the private Roman Catholic Benedictine University, from which he graduated with a Bachelor’s degree in 2013.

Rome’s debut film appearance was his portrayal of R. K. in the 2013 musical “The Haves and the Have Nots”, while a couple of his following roles were in 2014 in the short family drama “Two-A-Days” and the musical comedy drama “Drumline: A New Beat”, and the 2017 mystery horror thriller “Ten”.

In 2018, Rome played Jack in the action horror drama “The Thinning: New World Order”, written and directed by Michael J. Gallagher, and which starred Logan Paul, Peyton List and Matthew Glave. It follows Laina Michaels who’s discovered that the thinning test’s been corrupted.

Rome went on to play Jessie in the 2019 comedy drama “A Madea Family Funeral”, created by Tyler Perry, and which starred Patrice Lovely, Cassi Davis and Tyler Perry. It follows Madea and her family as they’re planning a funeral, and the movie was nominated for seven awards.

Rome was then invited to play Jesse Collins in the 2019 musical romantic drama “A Christmas Duet”, and then in the 2021 music video “Chloe: Have Mercy”; he’s currently shooting for the upcoming action sports comedy “Fantasy Football”.

Between 2015 and 2017, Rome played Zende Forrester Dominguez in the romantic drama “The Bold and the Beautiful”, written by Lee Phillip Bell, and which today stars John McCook, Ronn Moss and Katherine Kelly Lang. The soap opera’s been running since 1987, and has won 127 of its 520 award nominations.

He played Kalei in the 2017 episode “Flashlight” of the action adventure drama “MacGyver”, and in the same year portrayed Navy Petty Officer Jonathan Rudd in the action crime drama “NCIS: New Orleans”.

Rome played R.K. in 31 episodes of the mystery crime drama “The Haves and the Have Nots”, between 2017 and 2019. The series was created by Tyler Perry, starred Tika Sumpter, Crystal Fox and John Schneider, and follows Hanna of the poor Young family who’s begun working for the wealthy Cryer family; it aired from 2013 to 2021, and won a 2015 Gracie Allen Award for Outstanding Female Actor – One To Watch (Angela Robinson).

We’re celebrating the magic of Black Broadway, y’all! Join our DWP cast for a conversation with Playbill tomorrow. https://www.playbill.com/curtainup#curtainupbroadway

Rome portrayed Tony Olsen in the 2020 episode “Remember Cousin Kenya?” of the family comedy “Family Reunion”, and then played David in five episodes of the 2021 comedy drama “Dear White People”.

Most recently, in 2022, he played Wendell Ndugu in the episodes “Road Trippin’”, “Should I Stay or Should I Go” and “Stronger Than Hate” of the popular romantic drama “Grey’s Anatomy”. Written by Shonda Rhimes, it stars James Pickens Jr. and Chandra Wilson, and follows the lives of members of a medical team; the series has been airing since 2005, and has won 88 of its 329 award nominations.

Rome’s made a guest appearance in an episode of the talk-shows “Home & Family”, “Hollywood First Look Features” and “Made in Hollywood”, amongst many others.

Rome won a 2018 Daytime Emmy Award for Outstanding Younger Actor in a Drama Series, for his performance in “The Bold and the Beautiful”.

He was also nominated for a 2019 First Glance Film Festival Award for Best Ensemble Cast, for his and his colleagues’ performance in “1/2 New Year”.

In 2013, Rome began dating Molly Noriko, an American model and social media star; Molly gave birth to their daughter Kimiko Flynn on 12 December 2014, but she and Rome had already broken up a couple of months earlier. Rome and Molly are still equally involved in Kimiko’s upbringing, and some of Rome’s Instagram pictures feature him spending time with his daughter.

In 2015, he began dating Camia Marie, a non-celebrity American woman who only gained recognition after she started seeing Rome; the two split in 2018.

Since 2020, Rome’s posted many pictures onto his Instagram account which feature him together with American actress Aja Naomi King, and while many of his fans believe that he and Aja are dating, the two are yet to address these rumors.

Rome seems to be single as of September 2022, hasn’t married, and has a daughter Kimiko with former girlfriend Molly Noriko.

Rome’s passionate about dancing, and has been taking lessons for more than 10 years now.

He plays various sports with his friends, and excels in football; he’s also good at soccer and tennis.

Rome’s a fan of tattoos, and has a large one on his right arm.

He’s a fashionista, as he’s keeping up with all of the today’s fashion trends.

Rome’s career requires him to stay in shape, so he works out at the gym nearly every day, while he also follows a strict diet.

Rome’s favorite actors are Robert De Niro and Ryan Reynolds, and his favorite movies are “Joker”, “Once Upon a Time in America” and “Dirty Grandpa”.

Rome’s net worth’s been estimated at over $2 million, as of September 2022.