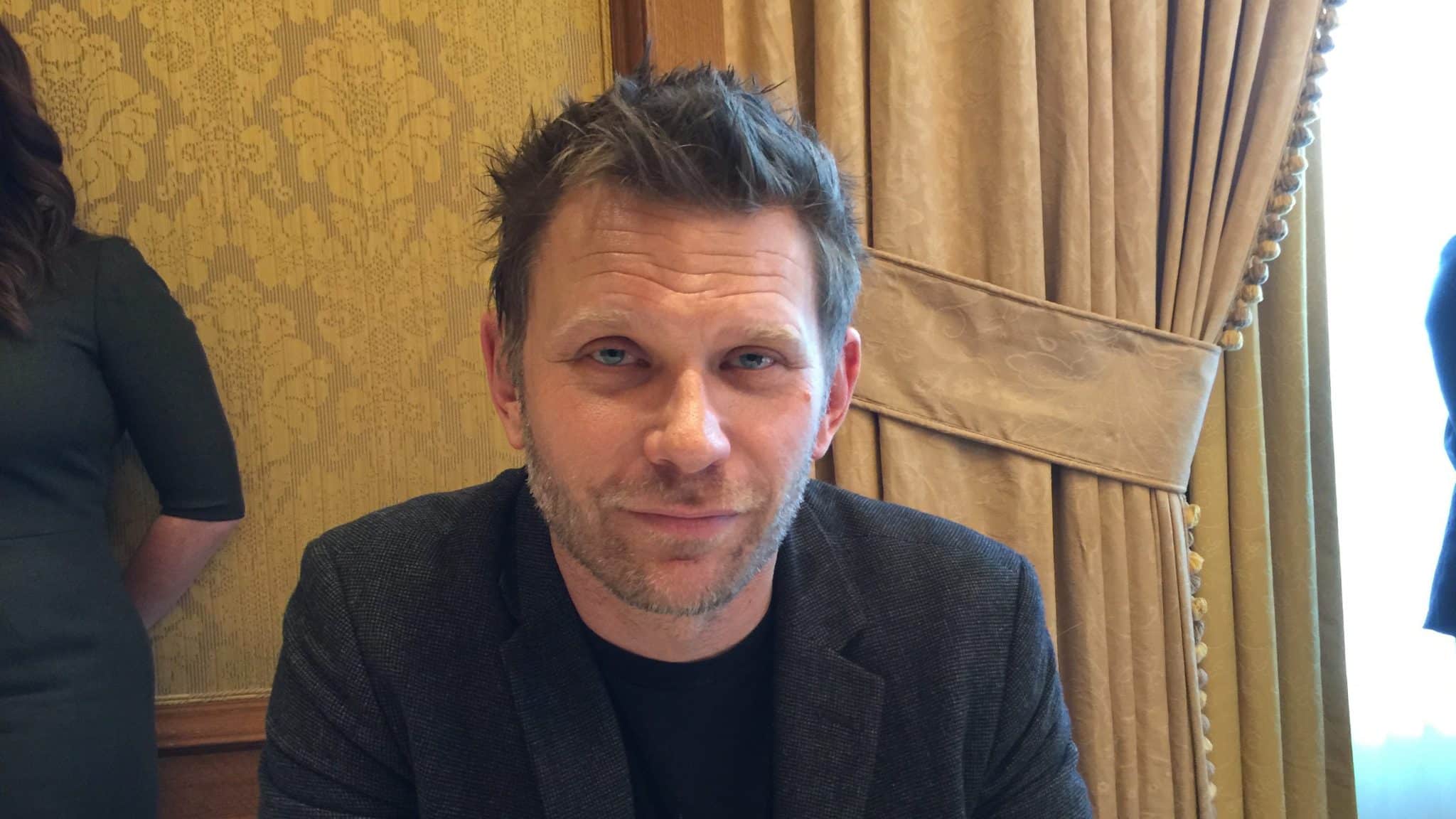 If you were a fan of the fantasy horror-drama “Supernatural”, you are certainly familiar with the character of Lucifer, the arrogant and extremely vengeful fallen angel, who has no qualms about killing anyone who angers him, but did you know that Mark Pellegrino, the actor who portrayed this character, has played another immortal and powerful character in the series “Lost”, and that besides the mentioned roles, he has over 130 acting credits to his name.

Let us tell you more interesting facts about this versatile artist, who besides his acting career, works as a producer, musician and as teacher at Playhouse West, a top acting school and repertory theater founded by Robert Carnegie and Jeff Goldblum.

Mark Ross Pellegrino was born under the zodiac sign of Aries on 9 April 1965, in Los Angeles, California USA, thus he holds American nationality although he comes from a family of German, Scottish, Irish and Swedish descent.

Many people assume that Mark’s ethnicity is Italian because of his surname, however, he had a step-father named Bill Pellegrino, whom his mother divorced when Mark was a toddler, and he went through his whole life thinking Bill was his biological father.

In 2020, he found out through a search on ancestry.com that he has no Italian blood in his DNA, and then, via Twitter, he asked fans of the series “Supernatural” to help him find his real father, and within an hour of posting, he discovered that his biological father, Jerry, sadly died in 2009. From his father’s side, Mark has a sister, while his mother, Carol Lynne and his step-father didn’t have children together.

Speaking of Mark’s educational background, he attended a local high school, and upon matriculating in 1983, he enrolled at college to study underwater life forms, dreaming of becoming a marine biologist, however, eventually he dropped out from college, and as he said, accidentally became an actor after he appeared in a commercial for fun.

I know! They were pretty awesome and badass 😎😈 pic.twitter.com/QCe7QKtMiC

In the following years, Mark had guest roles in “The Practice” (2003), “The Unit” (2006), before portraying Paul Bennett in “Dexter” during 2006 and 2007, followed by his roles in “Grey’s Anatomy” (2007), “Prison Break” (2008), and “Ghost Whisperer” (2009), among others. Then he was cast to play one of his most notable roles to date, as Jacob in the popular adventure fantasy drama “Lost”, which brought him a nomination for the Academy of Science Fiction, Fantasy & Horror Films, USA Saturn Award for Best Guest Performance in a Television Series, in 2010.

It seems that 2009 was a good year for Mark, since concurrently with his role in “Lost”, he was cast to play Lucifer in “Supernatural”, which brought him a nomination for the Teen Choice Award-Choice TV: Villain, in 2017 (the series was broadcast until 2020).

In the following year, Mark portrayed Gavin Q. Baker in “The Closer”, followed by his role as James Bishop in “Being Human” from 2011 until 2014, and concurrently he was seen as Jeremy Baker in “Revolution” from 2012 until 2013, and as Doctor Jedikiah Price in “The Tomorrow People” during 2013 and 2014.

Mulholland Dr.An amnesiac woman stranded on Mulholland Drive is taken in by an ingénue who's moved to Hollywood to…

He continued apace in the new millennium, but since the list of his roles is too long, we will mention some of his most notables, such as in  “Mulholland Drive” (2001), and “Capote”, the 2005 biographic crime drama, which won the Oscar for Best Performance by an Actor in a Leading Role (Philip Seymour Hoffman), while Mark and the rest of the crew were nominated for the Screen Actors Guild Award for Outstanding Performance by a Cast in a Motion Picture.

The next decade started when he was seen as Nick Burke in “The Bandit” in 2011, but in the following years, Mark mostly focused on his television roles, however, the public enjoyed his performance in “The Trials of Cate McCall” in 2013, and then five years later, he was seen as Cal Riley in “Beirut”, which was his most recent movie role.

There have been various rumors concerning both Mark’s love life and his sexual orientation, however, it is widely known that he’s been a married man since 2008. His wife is Tracy Elizabeth Bell Pellegrino, a director and actress, perhaps known best for her role in the 2011 movie “Post”. She’s a Canadian native, who hasn’t shared her birth date and birth town. It’s known that she was married before, and that she has two children from her previous marriage, a son Misha Aziz, and a daughter Tess Aziz. As of July 2022, Mark and his wife are still married, but they don’t have children together.

When he was in his twenties, Mark came into the church and asked to be baptized, however, growing up, he decided that he’s an atheist, but eventually declared himself a follower of Objectivism, a philosophy created by Russian-American writer, Ayn Rand.

Mark is a co-founder of The American Capitalist party, and in his interview for ‘The Objective Standard’, among other things he said: ‘It’s only a platform of governing principles and rough political goals. Our purpose is twofold: first—and if we achieve only this, we’ve achieved a lot—we want to help people to think about politics in a way they haven’t before’, adding that the other element is that government needs to be challenged, which caused many comments from both sides.

During his more than 30-year-long career, starring in numerous movies and series, Mark has earned a decent amount of money, so according to sources, as of July 2022, his net worth has been estimated at over $3 million.