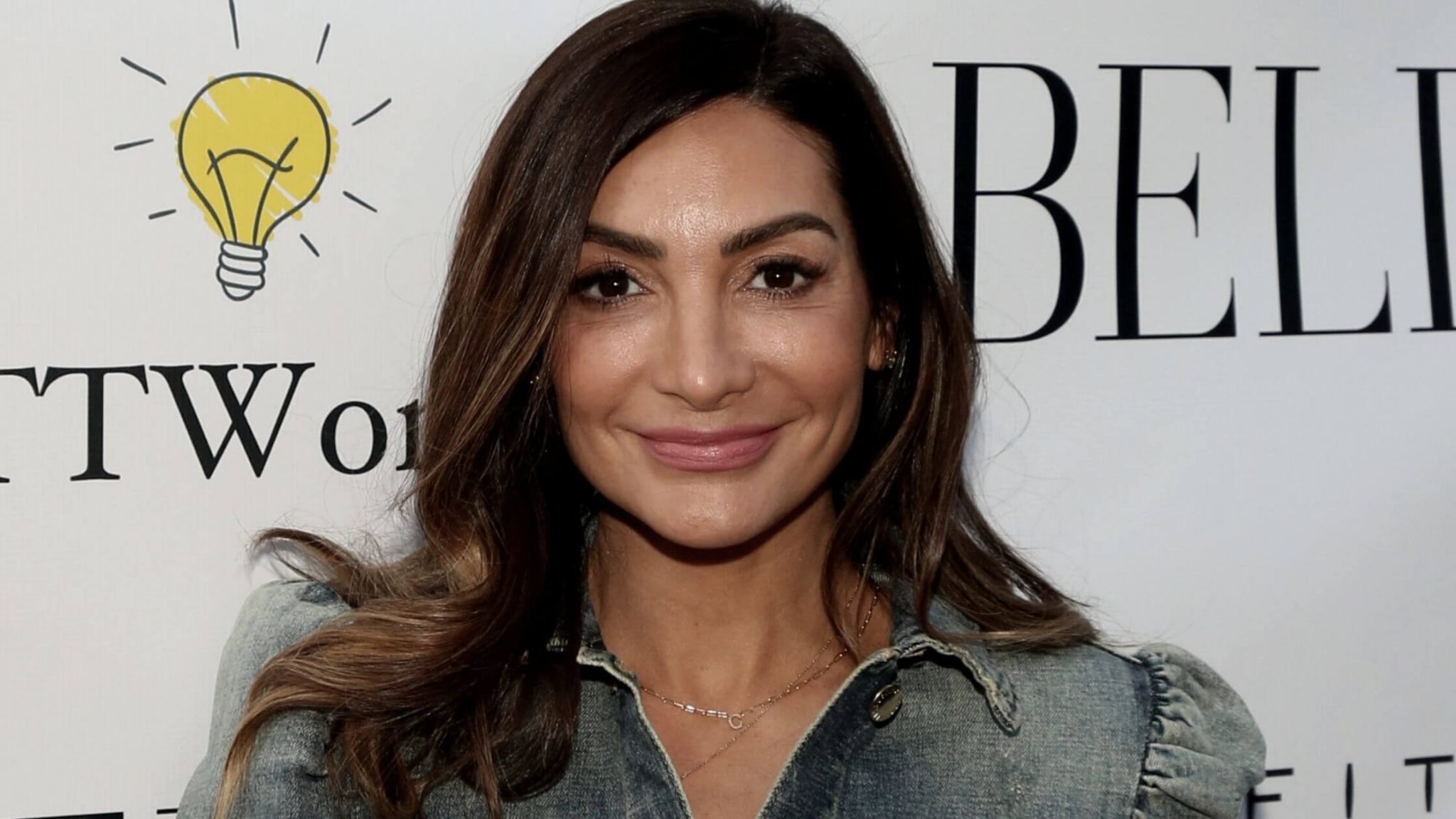 Courtney was born in Pittsburgh, Pennsylvania USA, under the Libra zodiac sign on 13 October 1982, which makes her 40 years old as of 2022. Her mother worked as a supermarket cashier and her father was a custodian – she has not revealed their names, but she has an elder brother, Damian Mazza. Courtney was very interested in acting and dancing when she was a teenager, and competed in many dancing competitions.

Mazza attended Pittsburg Creative and Performing Arts school, and appeared in many plays as a student. She matriculated in 2000, and enrolled at The University of Arts, a private university located in Pennsylvania, graduating with a Bachelor’s degree in 2004.

Laine is a huge animal lover, and fond of posting pictures of her pet dog on her Instagram page.

She has maintained her slim figure by hitting the gym at least three times per week. She is also a vegetarian, and is very keen on her diet.

Laine’s love for performing drove her to join the art theater named Pittsburg Civic Light Opera when she was just six. She appeared in numerous musical revues and advertisements, and later became a member of the theater’s mini-stars, performing with them until she became a teenager. After she graduated, she moved to Las Vegas, but then began appearing in Broadway revues at the Atlantic City-based Caesar’s Palace. She then relocated to New York City in 2003, and later made an appearance in Britney Spears’ music video for her 2003 song “Me Against the Music.” Laine previously served as a guest soloist of the famous Pittsburgh Symphony Orchestra, – its home is Heinz Hall and it was established in 1895 – which was led by the late conductor and composer Mavin Hamlisch.

Mazza made her film debut in 2006, when she appeared in the Kyle LaBranche and Chris Bradley-directed comedy “Pittsburg,” which starred Illeana Douglas, Jeff Goldblum and Ed Begley Jr. In the year that followed, she landed a starring role in the short comedy movie “Earano,” written and directed by Luke Matheny. She recently appeared in the romantic drama, “I Love Us.”

In 2010 and 2011, Courtney appeared alongside her husband in the reality TV show “Mario Lopez: Saved by The Baby,” which was about their lives as they prepared to welcome their first child. In 2013, she was seen in two episodes of “Mario & Courtney’s Wedding Fiesta,” and won a Distinguished Alumni Award at the 2015 Gene Kelly Awards ceremony. In 2020, she played a guest role in the comedy “The Expanding Universe of Ashley Garcia,” which aired on Netflix. and later featured in NBC’s “Saved By The Bell.”

Mazza previously hosted a radio show with her husband discussing pop culture and its influence on the media sector and entertainment industry. She has also appeared in several talk shows such as “The Meredith Vieira Show,” “Dinner of Tiffani’s,” and “The Wendy Williams Show.” She also participated in the game show entitled “Celebrity Family Feud” together with her husband Mario, and also together with her husband, she also hosts the podcast “On With Mario Lopez”.

Courtney received two Gene Kelly Awards for the Best Actor/Actress in musical when she was in high school in 1996 and 1999.

Laine first met her husband-to-be, Mario Lopez, in 2008 on the set of the Broadway play entitled “A Chorus Line.” They went on a date shortly afterwards, and later their relationship became official in a private wedding ceremony held in Punta Mita, Mexico, in 2012. The wedding was attended by 200 guests including Mario’s good friend, the American actress and producer, Eva Longoria, who appeared in the TV series “Brooklyn Nine-Nine” in 2014 and 2015, and “Devious Maids” in 2016. The duo welcomed a daughter named Gia Francesca Lopez on 11 September 2010, and she later gave birth to their first son, Dominic Lopez on 9 September 2013; they sired another son, Santino Rafael, on 7 July 2019. Courtney hasn’t spoken about any previous relationships; on the other hand, her husband was previously married to the model and actress Ali Germaine Landry in 2004 but he previously admitted to having cheated on her during his bachelor’s party, which saw their relationship ending a few weeks later.

Courtney previously divulged her ‘traumatizing’ experience when her 10-year-old daughter caught her red-handed making love with her husband Mario. The experience was very disturbing to their daughter, who ran away and hid for almost an hour. She added that she is now extra cautious in maintaining privacy when sharing intimate moments with Mario.

Courtney has carved a niche for herself and made a good sum from her active involvement in the showbiz industry. According to reliable sources, her net worth is approximately $2 million as of 2022; on the other hand, her husband is worth around $25 million.

Lopez was born in San Diego, California, under the Libra zodiac sign on 10 October 1973, (48 years old), and was raised together with his sister named Marissa in a Catholic household by his mother Elvira Soledad, and father Mario Alberto Perez. He attended Chula Vista High School, and was active in the wrestling team until he matriculated in 1991.

On a flight from NYC to LA with the homie, we had it like Soul Plane 30,000 feet up! #WheelsUp #NYC2LA #GoodTimes

Mario began appearing in commercials and TV ads at the age of 10, and launched his acting career in 1984 in the ABC sitcom, “a.k.a. Pablo”, before joining the cast of Disney Channel’s TV program “Kids Incorporated” later that year. He rose to prominence when he landed the role of Slater in the sitcom “Saved By the Bell,” which premiered on NBC in 1989, then reprised his role in the show’s spin-off “Saved By the Bell: The College Years”, and the film “Saved By the Bell: Wedding In Las Vegas.” Mario is also famous for his role as Juan Vallejo in the 2002 drama movie, “King Rikki.”