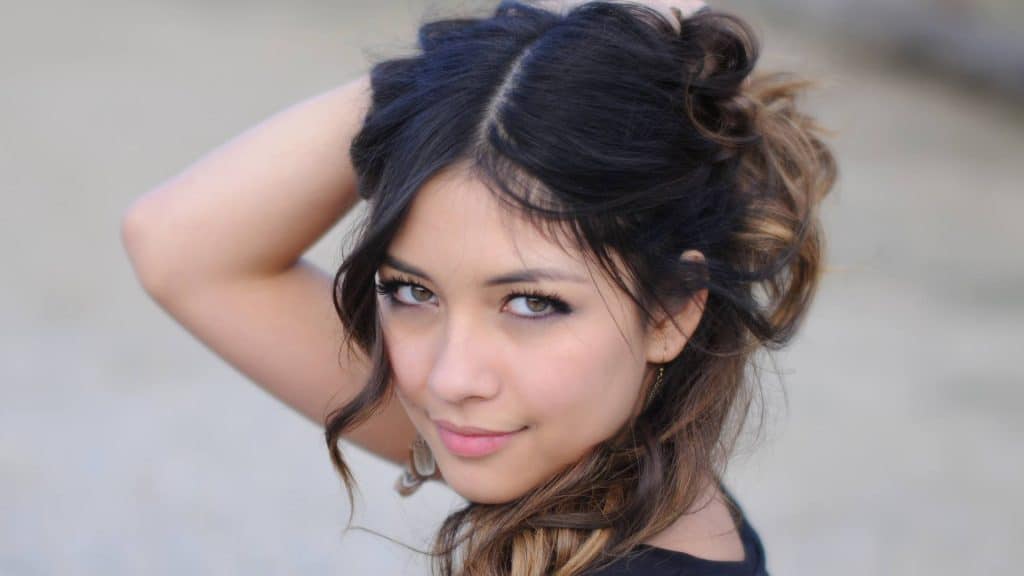 Who is Lulu Antariksa?

Lulu is an American actress, probably best known to the world as Rowan Fricks in the web series “[email protected]” (2016-2018), and as Penelope Park in the TV series “Legacies” (2018-2019), in addition to several other roles that she’s had so far in her career.

Lauren Marie-Elizabeth Antariksa was born on 22 August 1995, in Los Angeles County, USA, the daughter of an Indonesian father, whose name is unknown in the media, and German/Dutch mother Kara Burger Antariksa.

Lulu is the youngest of four children, the only daughter in the family. She grew up being interested in performing arts, including singing, playing guitar, piano, saxophone, ukulele and bass, while she also loved to dance.

She went to Valencia High School in Santa Clarita, California, USA, and became seriously interested in acting during these years.

Lulu was just seven years old when she made her acting debut in 2002, chosen for the role of Nina in the Primetime Emmy Award-nominated TV family drama series “American Family”, about a patriarch of the family and his struggles when his loving wife dies, starring Kurt Caceres, Edward James Olmos and Patricia Velasquez. When she started her career, Lulu performed under her full name, Lauren Antariksa, which lasted until 2008.

She continued her career with the role of Madeline in an episode of another Primetime Emmy Award-nominated series, the comedy “According to Jim”, which starred Jim Belushi, Courtney Thorne-Smith and Larry Joe Campbell.

Next, she was Anna in an episode of the long-running medical drama series “ER” (2004), while in 2005, she appeared in the TV series “Head Cases” as Erica.

After an hiatus that lasted until 2012, Lulu returned to the screen with the role of Stevie Baskara, a member of the Gravity 5 band in Nickelodeon’s teen sitcom “How to Rock”, co-starring Cymphonique Miller. Lulu was one of the protagonists, starring in all 25 episodes along with other stars, but it wasn’t renewed for the second season.

Lulu continued her acting career rather successfully. First, she portrayed Lexi Connelly in the TV musical-drama series “Side Effects”, which follows the life of a teenage girl who struggles in high school, investigating the mystery behind the disappearance of her father, all spiced up with musical hallucinations she experiences; it co-starred Meg DeLacy and Chester See, among others.

The same year, Lulu was chosen for another prominent role, portraying one of three high school girls in the web thriller-drama series “[email protected]”, co-starring Katelyn Nacon and Lia Marie Johnson. The series follows the girls as their social media profiles are tagged in violent videos. They try to find out who is behind this before a possible killer gets them first. The series lasted for three seasons and 35 episodes, for which Lulu and her co-stars received wide praise.

Thanks to the success of the series, Lulu became a new star, and in 2018, she secured another high-profile role, this time as Penelope Park in the TV fantasy drama series “Legacies”, which is a spin-off from the TV series “The Originals”, and part of The Vampire Diaries Universe.

She appeared in just seven episodes of the popular TV series, but left an indelible mark on the fans of the series. Her character developed a relationship with Kaylee Bryant’s character, Josie Saltzman, but left for Belgium with her parents.

After exiting “Legacies”, Lulu continued her career in 2018, starring in Josh Mendoza’s thriller-drama film “What Still Remains”, about a young woman who faces a world ravished by disease all alone, following the death of her family, co-starring Mimi Rogers and Colin O’Donoghue.

In 2019, she was the star of the short horror film “The Lonely Host”, while two years later, she had the supporting role in the fantasy horror-thriller film “Witch Hunt”, written and directed by Elle Callahan. The film follows two young witches and a teenage girl who helps them avoid law enforcement, as witchcraft is illegal in modern-day America. The main stars of the film were Gideon Adlon, Abigail Cowen, and Elizabeth Mitchell.

To speak further of her accomplishments, Lulu recently co-starred in the short sci-fi film “The Angkasa Legacy”, next to Yoshi Sudarso and Miki Ishikawa, written and directed by Soma Helmi.

As of late 2022, Lulu Antariksa’s wealth is estimated at $1.5 million, according to reports, which she’s earned through her acting career; so far, she’s been involved in 20 film and TV titles.

Lulu is silent when it comes to speaking about her personal life. This has created a few rumors, including her being gay, tenuously supported by her portraying a lesbian character in the TV series.

However, other claims include an alleged affair with singer Max Schneider in 2013, but she’s never confirmed the rumor.

According to sources, she is now single and focused on her rising career.

In addition to acting, Lulu is a singer and has released one single, “All Your Love” back in 2012, which is a duet with Daniel Durston. However, her talent has helped her secure several roles in her career, including in “Side Effects” and “Crazy Ex-Girlfriend”.

Lulu is rather religious and has often spoken about how passionate she is about spreading God’s message to the people.

She is an avid animal lover, and has a black cat named Murphy as a pet.

If she hadn’t succeeded as an actress, Lulu said that she would be a dancer or even a doctor.

Although she has Indonesian ancestry, Lulu isn’t fluent in the language, and can understand only a few words; nor has she learned German.

One of her hobbies is collecting vintage items.

She enjoys in a couple of baseball games sometimes.

She isn’t that invested in a healthy diet as she eats almost everything, from sushi to biscuits and pies. However, she maintains her perfect figure and form by going to the gym several times a week, and some of her exercises include squats, chin-ups, leg presses and others.

Lulu is quite active outdoors, as she enjoys hiking and running. Lulu is a nature lover, and has taken numerous pictures from her travels near rivers, national parks, and in forests.