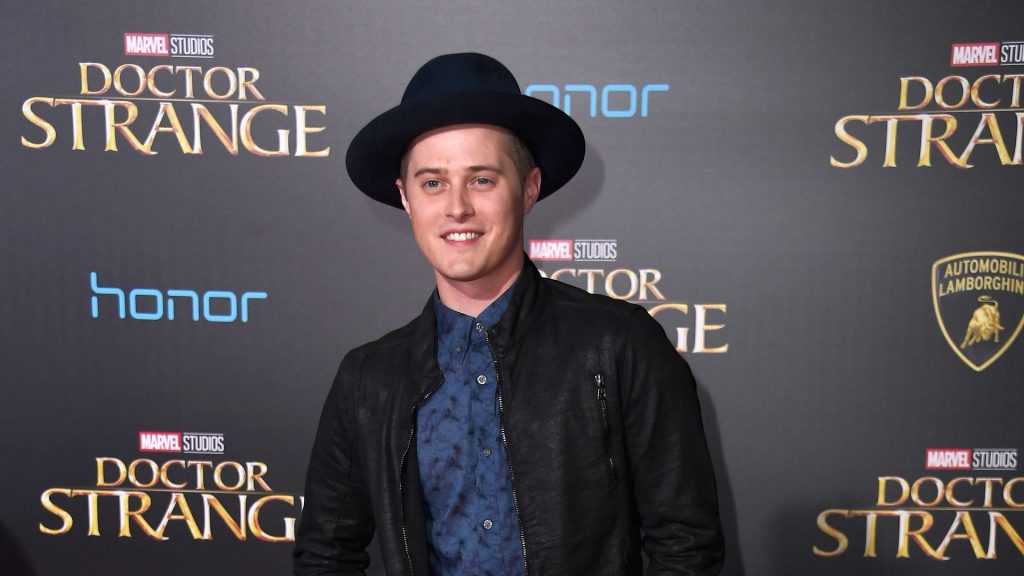 Who is Lucas Grabeel?

Lucas Stephen Grabeel was born in Springfield, Missouri USA, on 23 November 1984; his zodiac sign’s Sagittarius, and he holds American nationality. He’s an actor, film producer, director and singer-songwriter, with more than 50 acting credits to his name, while he’s perhaps still known best for his portrayal of Ryan Evans in the 2008 family comedy movie “High School Musical 3: Senior Year”, directed by Kenny Ortega, and which starred Zac Efron, Vanessa Hudgens and Ashley Tisdale. It follows best friends Troy and Gabriella as they’re attending their senior year of high school; the movie won eight of the 17 awards for which it was nominated.

Lucas was raised in Springfield alongside his sister Autumn Grabeel, by their father Stephen Grabeel and mother Jean (nee Harman); not a lot is known about Lucas’ parents as he respects their privacy, while it’s believed that his father was a musician, and his mother a dancer.

He studied at Logan-Rogersville Elementary, prior to progressing to its Middle and High School. Lucas became interested in music at a very early age, and was nine when he began playing the drums; he started playing the guitar while attending Logan-Rogersville High School, while he also played the accordion, and took dancing lessons. Lucas was also a member of several Harmony Baptist Church’s children and youth groups.

He eventually transferred to Kickapoo High School, from which he matriculated in 2003; Lucas then didn’t enroll at college, but chose to pursue a career in the film industry.

Lucas made his debut film appearance in the 2004 family fantasy comedy “Halloweentown High”, while a couple of his following roles were in 2005, in the family action comedy “Return to Halloweentown” and the comedy “Dogg’s Hamlet, Cahoot’s Macbeth”, and the 2006 family comedy drama “High School Musical”.

The year 2007 saw him play Lester McKinley in the adventure comedy drama “Alice Upside Down”, directed by Sandy Tung, and in which he starred alongside Alyson Stoner and Luke Perry. It follows siblings Lester and Alice who’ve moved to a new town in which their father’s bought a music store – the movie won three of the four awards for which it was nominated.

Some of Lucas’ following notable performances were in the 2008 fantasy comedy “The Adventures of Food Boy”, the 2009 comedy “Lock and Roll Forever”, and the 2010 romantic musical comedy “I Kissed a Vampire”.

Lucas voiced Gerrant in the English version of the hit 2014 animated family adventure “Dragon Nest: Warriors’ Dawn”, directed by Yuefeng Song, and which starred Jiao Xu, Guanlin Ji and Ying Huang. It follows Lambert who’s joined the Dragon Slayers’ League wanting to rescue Altera from the Black Dragon – the movie won one of the three awards for which it was nominated.

Three of Lucas’ most recent movie roles have been in the 2014 short comedy “Pilot Season”, the 2018 comedy “The Phineas and Ferb Show” and the 2018 family drama “Little Women”.

Lucas made his debut TV series appearance in the 2005 episode “The Ass Fat Jungle” of the crime comedy drama “Boston Legal”, and the following years saw him play and voice characters in an episode or two of a couple of popular series, such as the mystery crime drama “Veronica Mars”, the romantic comedy “’Til Death”, and the animated adventure comedy “The Cleveland Show” (voice role).

Between 2014 and 2017, Lucas voiced the lead character Deputy Peck in the animated action adventure “Sheriff Callie’s Wild West”, created by Holly Huckins and George Evenlyn, and which also starred Mandy Moore and Jessica DiCicco. It follows the kitty-cat sheriff of Nice and Friendly Corners – the series was nominated for four awards.

Lucas is also known for his portrayal of Tobias ‘Toby’ Kennish, one of the main characters in the critically acclaimed romantic family drama “Switched at Birth”, created by Lizzy Weiss, and which also starred Katie Leclerc and Vanessa Marano. It tells the story of two teenage girls who’ve just learned that they were switched at birth – the series won eight of the 31 awards for which it was nominated.

I used to work here. #blockbuster
Don't you miss the days of strolling the "New Release Wall"? pic.twitter.com/US27nhzmIs

Lucas has two writing and directing credits, as well as nine producing credits; he wrote, produced and directed the 2009 short mystery movie “The Awakening of Abigail Harris” and the 2009 comedy film “Regarding: Beauregard”.

He’s been featured in a number of documentaries, such as the 2009 short film “Milk: Hollywood Comes to San Francisco”, the 2017 movie “Since ’45 – In the Extraordinary House of History” and the 2019 movie “High School Musical: The Musical: The Series: The Special”.

Lucas has made a guest appearance in various talk-shows, most recently in “Home & Family”, “Show Offs” and “On Creativity with Paula Wallace”.

Lucas was nominated for three Teen Choice Awards in 2011, ‘13 and ‘14, all for his performance in “Switched at Birth”.

Lucas is quite open when it comes to sharing the details of his love life with his fans, and there are five girls whom he’s been with, that the public knows about. In either 2000 or 2001, Lucas dated non-celebrity American girl Pamela Saunders, and then American actress, social media star and author Hannah Heart in 2002.

In 2005, Lucas dated Emily Morris, a popular American actress and model, and from 2006 to 2009, he was in a relationship with Sara Paxton, an American actress with close to 100 credits to her name, perhaps known best for her portrayal of Claire in the 2011 mystery horror movie “The Innkeepers”.

As of August 2022, Lucas is in a relationship with Samie Kate, an American teacher and writer, who can be seen featured in many of his Instagram pictures; he hasn’t married, and doesn’t have children.

Lucas seems to be enjoying the attention which he’s receiving from his 400,000 followers on Instagram, and is thus quite active on the network; he’s uploaded over 1,200 pictures and videos, the majority of which feature him during his everyday life. He’s also active on TikTok, followed by over 12,000 people, while he’s amassed nearly 50,000 likes of all his videos combined.

Lucas’ favorite season is summer, mostly because he likes to sun tan at the beach, and go yachting.

He’s a lover of animals, and his two pet dogs can be seen featured in many of his Instagram pictures.

He has his own favorite actors and actresses, some of whom are Brad Pitt, Al Pacino and Helena Bonham Carter, while a couple of his favorite films are “The Curious Case of Benjamin Button”, “Scarface” and “Fight Club”.