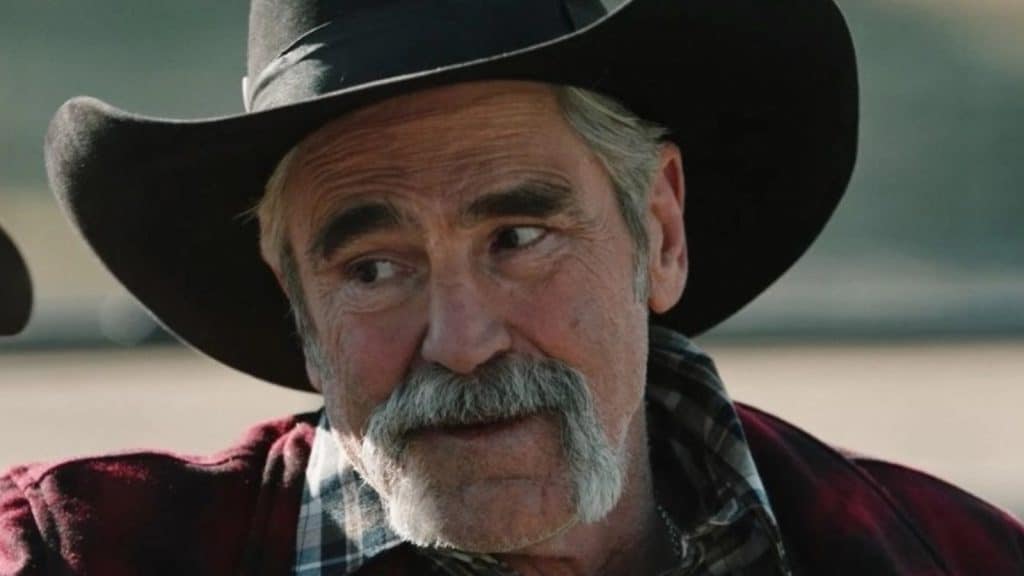 About Lloyd Pierce from “Yellowstone”: Net Worth, Wife, Height

Who is Lloyd Pierce, from “Yellowstone”?

American actor and stuntman Forrie J. Smith, who portrayed Lloyd Pierce in the critically acclaimed western series “Yellowstone”, was born in Helena, Montana USA, on 8 March 1959 under the zodiac sign of Pisces. He’s appeared in more than 20 movies and TV series, and is probably best known for his performance in “Yellowstone”, which John Linson and Taylor Sheridan created, and which stars Kelly Reilly, Luke Grimes and Kevin Costner. It follows a family of ranchers in Montana as they’re protecting their land from encroachers; the series has been airing since 2018, and has won five of its 30 award nominations.

Forrie was raised by his American cowboy father, whose name hasn’t been disclosed, and his mother Chick Smith in Helena, but not a lot about the two is known, because Forrie respects their privacy. It’s widely believed that he’s an only child, because he hasn’t talked about or shared any pictures with the siblings whom he might have.

Forrie studied at a local high school in Helena and was into a number of activities during his time there, as he enjoyed playing soccer, acted with his school’s drama club and took dancing lessons.

He matriculated in 1977, and although Forrie hasn’t mentioned his further education, it’s believed that he graduated from a Montana college in 1981, with a Bachelor’s degree in theatre.

Forrie then began working on his family’s ranch, and was a bull rider, prior to launching his acting career.

Forrie’s debut film role was his portrayal of Harley, Calvin’s Sidekick in the 1987 western “Desperado”, directed by Virgil W. Vogel, and which starred Alex McArthur, David Warner and Yaphet Kotto. It follows Cowboy Duell McCall who’s been hired to deliver a herd of cattle, but has now been involved in a feud by a girl.

Forrie’s following movie role came in 1992, when cast to play Trailer Park Resident in the 1992 horror thriller comedy “The Vagrant”, and he was then cast to play Pony Deal in the critically acclaimed 1993 biographical historical drama “Tombstone”, directed by George P. Cosmatos and Kevin Jarre, and which starred Kurt Russell, Val Kilmer and Sam Elliott. It follows a lawman who’s trying to retire, but first has to take down a group of outlaws in Tombstone, Arizona; the movie was nominated for two awards.

A couple of Forrie’s following roles were in the western “Gunsmoke: One Man’s Justice”, the action western “Blind Justice”, and the family western comedy “Troublemakers”, all released in 1994. He played Birthday Drunk in the 1996 western drama “Ruby Jean and Joe”, and his only other film appearance in the ‘90s was playing Armendariz in the 1997 action crime horror “Perdita Durango”.

Forrie had only three film roles in the 2000s: he played Deputy Landers in the 2000 western drama “South of Heaven, West of Hell”, Sammy in the 2005 adventure comedy drama “Transamerica”, and Cowboy Ghoul in the 2006 action horror thriller “Seven Mummies”.

He spent the following 10 years taking a break from acting and working on his ranch, returning with his portrayal of Animal Farm Manager in the 2017 crime comedy “Just Getting Started”, which was also Forrie’s most recent film role. It was written and directed by Ron Shelton, starred Morgan Freeman, Tommy Lee Jones and Rene Russo, and follows a former mob attorney and a former FBI agent as they’re trying to fight off the mafia.

Forrie’s currently shooting for the upcoming movie “At the End of the Santa Fe Trail”.

Forrie made his debut TV series appearance in the 1991 episode “Spirits” of the romantic western “The Young Riders”, and the following year saw him play Pete in the western comedy “Lucky Luke”.

The year 1995 saw Forrie play Jesse James in the episode “Birth of a Legend” of the science fiction western comedy “Legend”, created by Bill Dial and Michael Piller, and which starred Richard Dean Anderson, John de Lancie and Mark Adair-Rios; it follows the lives of novelist Ernest Pratt and his scientist friend.

Forrie’s two following roles were in two episodes of the 1996 mystery western “The Lazarus Man”, and after over 20 years in the 2017 episode “Mabel” of the hit crime drama “Better Call Saul”, which is rated amongst the best 40 TV series of all time.

Most recently, in 2018, Forrie played Cowboy in the episode “To Witch Hell and Back” of the fantasy mystery drama “Midnight, Texas”, created by Monica Owusu-Breen, and which starred Francois Arnaud, Dylan Bruce and Parisa Fitz-Henley. It follows a group of people who’ve banded together to protect themselves from outsiders, and the series aired its 19 episodes in 2017 and 2018.

Why Lloyd From Yellowstone Looks So Familiar

Why Lloyd From #Yellowstone Looks So Familiar

Forrie’s performed stunts in six movies; his debut as a stuntman was in the 1988 action adventure thriller “Rambo III”, while some of the other movies in which he worked as a stuntman were the 1992 action “Aces: Iron Eagle III”, the 1994 western comedy “Lightning Jack”, and the 2006 action horror thriller “Seven Mummies”.

He worked as an animal wrangler on the 2013 action thriller movie “2 Guns”, the 2016 crime thriller film “Hell or High Water”, and the 2019 biographical western movie “The Kid”.

In 2020, Forrie was featured in the short documentary movie “Meaner Than Evil: Making Yellowstone Season Three”.

Forrie and his colleagues were nominated for a 2022 Screen Actors Guild Award for Outstanding Performance by an Ensemble in a Drama Series, for their performance in “Yellowstone”.

Although Forrie prefers to keep his love life away from media, it’s still known that he’s today a husband, father and grandfather.

He hasn’t disclosed his wife’s name or the date of their wedding, but it’s known that they have a son Forrest Smith together, who’s also an actor, and has appeared in the 2018 short movie “The Magi”, and the 2019 episode “Touching Your Enemy” of the western drama “Yellowstone”.

Forrest has two daughters, and Forrie’s posed with his granddaughters for a couple of his Instagram pictures.

Forrie hasn’t mentioned other women, besides his wife, whom he’s perhaps been with, and he’s married as of September 2022, has a son and two granddaughters.

Forrie loves running his Instagram account, and has posted over 520 pictures and videos onto the social media network, while there are today nearly 270,000 people following him.

He’s still a cowboy and enjoys running his ranch; a wild horse once busted Forrie’s pelvis, and he used duct tape on it so that he could continue the rodeo.

He’s also a bit of a musician, as he occasionally plays the guitar and sings country music at local gatherings.

Forrie has three pet dogs, and they can be seen featured in several of his Instagram pictures.

His favorite actors are Al Pacino and Richard Gere, and some of his favorite movies are “Heat”, “Donnie Brasco” and “Serpico”.

Forrie’s net worth’s been conservatively estimated at close to $2 million, as of September 2022.