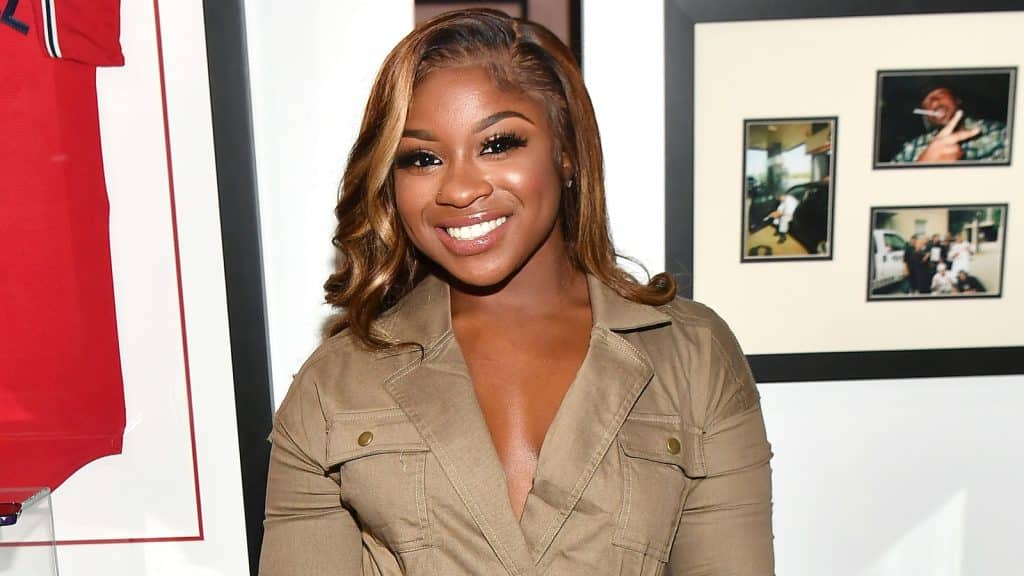 Who is Reginae Carter?

Reginae Carter is an American social media star, actress and singer, but is possibly best known to the world as the daughter of one of the most influential rappers, Lil’ Wayne.

Reginae Carter was born on 29 November 1998, in New Orleans, Louisiana, USA. She’s the first child of Lil’ Wayne, and the only one with his ex-wife Toya Johnson. Her parents were high school sweethearts and married six years after her birth, however, they divorced in 2006. Two years later, Reginae was the victim of a death hoax as rumors started circulating of her tragic death after being involved in a car accident. However, this turned out to be false, and Lil’ Wayne came forward to say that neither Regina nor any other family member was in a car accident.

Regina has younger half-siblings; Lil Wayne’s second child, Dwyane III, is the son he had with Sarah Vivan, while his third child, Cameron, is the son he fathered with Lauren London, and his fourth child, Neal, is a child he has with singer Nivea.

Although born in New Orleans, Reginae grew up in Atlanta, Georgia, where she attended a local high school, after which she enrolled at the private Clark Atlanta University, predominantly with African-American students. However, Reginae hasn’t so far finished her studies.

Surrounded by music artists from an early age, she was inspired to start chasing a musical career in her childhood. At just ten years old, she joined the pop girl group OMG, which stood for ‘Officially Miss Guided’ – other group members included Bahja Rodriguez, Breanna Womack, Zonique Pullins, and Lourdes Rodriguez.

After the release of the song “Ain’t Nobody”, their first single, Reginae left the group and focused on other interests.

She has since released several songs on her own, including “Mind Goin Crazy” in 2014, and a recent collaboration with Mike Hart entitled “Truth”.

She made her acting debut in the television romantic comedy-drama movie “Pride & Prejudice: Atlanta”, with Tiffany Hines, Juan Antonio and Raney Branch in the lead roles.

The same year, Reginae featured in the television comedy movie “Dear Santa, I Need a Date”. Three years later, she starred as Keisha in the TV thriller-drama series “Terror Lake Drive”, and is set to star in the drama film “Boxed In”, which is now in post-production without a premiere date set.

According to reports, Reginae Carter’s wealth is estimated at close to $1 million as of late 2022, earned through her career in entertainment.

Reginae has launched a YouTube channel on which she shares videos from her daily life, sharing advice on fashion, make-up, and others. Reginae has amassed more than 340,000 subscribers, and her videos have more than 18.5 million views.

Her first video, “My First Youtube Video (Subscribe To My Channel)” was uploaded two years ago, and has amassed over 220,000 views, followed by her second video, “Reginae Answering Some Of Your Most Asked Questions | Q&E With Nae“, which now has around 230,000 views.

Some of her most popular videos include “Date Night With My Dad” with 2.2 million views, then “I Flew in To Celebrate My Dads 40th Birthday With Him and the Family“, with 1.1 million views, and “I Thought About Armon While I Was In Toronto“, which has been viewed around 700,000 views, in addition to numerous other videos that have increased her popularity.

Reginae has shared a few details from her personal life through her social media outlets. She’s been in a relationship with YouTuber Ar’mon Warren since July 2022, having previously dated rapper YFN Lucci from 2018 to 2021.

Dwayne Michael Carter Jr. was born on 27 September 1982, in New Orleans, Louisiana, USA. He grew up in a poverty-stricken Hollygrove neighborhood of Uptown New Orleans, its 17th Ward. He was raised by his mother and a step-father Reginald’ Rabbit’ McDonald, as his parents divorced when he was two years old, and his father hasn’t contacted him since.

He attended Lafayette Elementary School, and was in the program for gifted children. He went to Eleanor McMain Secondary School for two years before he enrolled at Marion Abramson Senior High School, but dropped out at just 14 years old, wanting to focus on his music career.

Interested in rap since he was a child, Wayne rapped his first song at just eight years old. Mentored by Bryan’ Baby’ Williams, known as Birdman, Lil Wayne was working on his musical talents.

At 14 years old, he joined rappers Juvenile, Turk, and B.G. to form Hot Boys. Their debut album was “Get It How U Live!”, followed by “Guerrilla Warfare”, which came out in 1999. The group dissolved in the early 2000s due to members’ problems with the law, and released only their third and last album to date, “Let ‘Em Burn” in 2003.

Since Tha Carter V Is Droppin At Midnight We Have To Ask. What’s The Best Carter Lil Wayne Has Released So Far?If You…

He’s currently working on several projects, including “Tha Carter VI” and “I Am Not a Human Being III”, which are scheduled for release late in 2022.

Additional to his career as a rapper, Lil’ Wayne is also the founder of the record label Young Money Entertainment, distributed through Republic Records. Some artists on the imprint include Nicki Minaj, Lil Twist, and Christina Milian, among others.

Lil’ Wayne is known for several feuds with fellow rappers, including his former bandmate Juvenile, and Jay-Z.

He has never hidden his marijuana use, and in 2019 he announced the launch of his own cannabis brand GKUA Ultra Premium.

He’s been in a relationship with model Denise Bidot since June 2020.

According to sources, Lil’ Wayne’s net worth has been estimated at $150 million as of late 2022, an amount earned through his prolific music career.