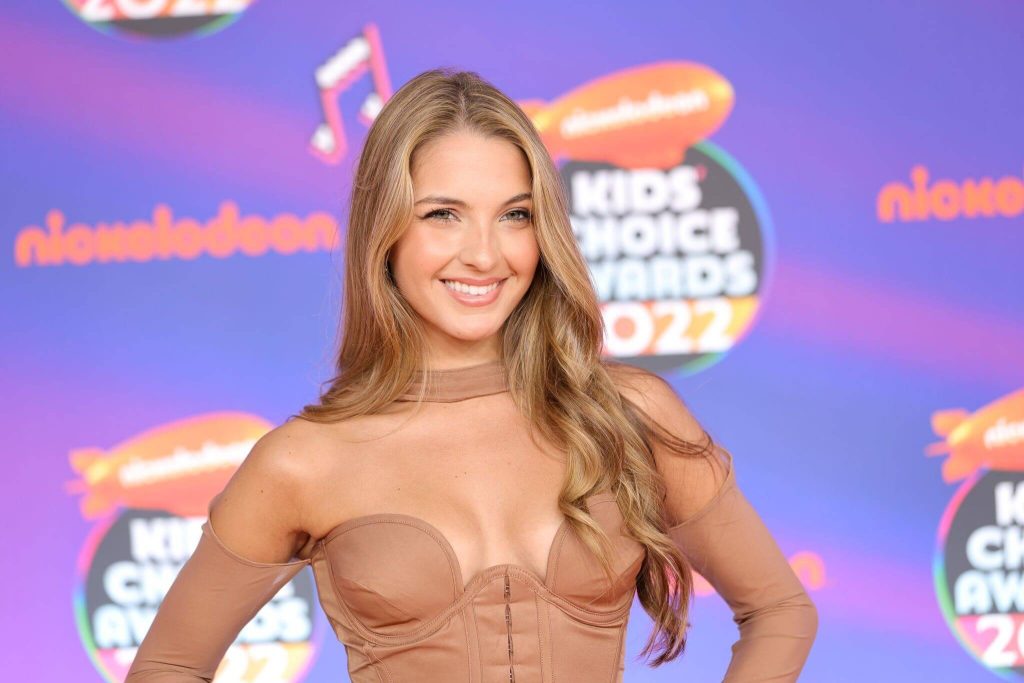 Lexi Rivera is an American YouTuber, actress, gymnast, and Instagram model perhaps known best as Brent Rivera’s sister. Even though she’s only 21, she’s already achieved notable success as a vlogger.

Alexa Brooke Rivera was born on 7 June 2001, in Huntington Beach, California USA. Her mother, Laura Rivera is a homemaker and a social media personality, frequently appearing in her children’s videos. Her father, John Rivera is a successful businessman who owns a shop. Lexi has three older brothers: Brent, Blake and Brice.

Brent is also a famous vlogger, who became popular when he made Vine videos, eventually transferring to YouTube. He has almost 21 million subscribers, generally posting prank and vlog-style videos. He is also a singer, and the CEO of a talent incubator Amp Studios.

Lexi was a successful gymnast when she was at school, participating in local competitions and winning several championships; she still practices gymnastics as an amateur. She matriculated from a local high school in 2019, but didn’t continue her studies at university.

Career as a YouTuber

Lexi debuted on YouTube when she started appearing in Brent Rivera’s videos, usually participating in various trendy challenges, which allowed her to gain public recognition. She started uploading videos actively on a separate YouTube channel in 2018, quickly acquiring millions of subscribers. As of late 2022, she has almost 10 million subscribers, and her videos have attracted close to two billion views in total.

Lexi’s content includes pranks, gymnastics, challenges, and travel vlogs. She collaborates with other YouTubers (including her brother Brent) to create engaging content; she uploads videos every Saturday.

Lexi also has a TikTok account, on which she has over 23 million followers and more than 535 million likes. Her Instagram audience amounts to 8.4 million. Such popularity on YouTube and social media channels allows her to monetize her content, and earn a steady income.

In 2017, Lexi appeared in the YouTube miniseries “VS Couple Ships” along with her brother Brent. In 2018, she played the role of Max in the TV series “Brobot”, portraying a girl who moves to a new town, and attempts to navigate the city and a new crush with secret artificial intelligence technology. The series was directed by Chris Campbell, and starred Brent Rivera, Ben Azelart and Kenny Johnston among others.

In 2020, Lexi appeared in the reality show “Dream Vacation w/ Brent Rivera”, streamed by AwesomenessTV. In the show, Brent surprised his friends with a trip to Italy, during which they participated in various challenges. The show also featured other YouTubers, such as Stokes Twins, Lexi Hensler, Ben Azelart and Andrew Davila.

Lexi is reportedly single. Rumors are circulating about her and fellow YouTuber Andrew Davila, with fans claiming that they’re secretly dating, but Lexi states that Andrew is just a friend, disbelieved by fans, as they frequently post pictures together, appearing like a couple. They also create TikTok videos together.

Before Andrew, Lexi was dating another YouTuber – Ben Azelart. They were in a relationship for about four years before breaking up in 2020. They announced their break-up in a video explaining to their fans what had happened, both claiming that online relationships were challenging; they wanted to make each other happy while keeping their fans happy too. Eventually, they realized that it was impossible to do so, and split up, but remain close friends, and still make YouTube and TikTok videos together. Lexi has even pranked him in a video entitled “My Ex Meets My New Boyfriend” in which Andrew acted as her new boyfriend.

Lexi is 21 years old. She has a light complexion with long blonde hair and blue eyes; she usually sports wavy hairstyles. She is 5ft 1in (155cm) in height, weighs approximately 100lbs (45kgs), with vital statistics of 32-24-33; she works out regularly to maintain her slim figure. The young YouTuber has a so-called ‘Instagram Baddie’ style, frequently wearing dresses, skirts, tops and heels. Daily, she wears casual clothes such as jeans, sweatshirts and sneakers; she’s frequently seen in swimsuits. She doesn’t seem to wear designer clothes, but loves wearing accessories such as sunglasses, bags, necklaces, earrings, and rings. She wears everyday make-up in most of her videos and social media posts.

As of late 2022, Lexi Rivera’s net worth is estimated at over $2 million. Even though the exact numbers haven’t been verified, Lexi earns a decent amount of money from YouTube. She hasn’t revealed how much she earns from TikTok and Instagram. Lexi doesn’t seem to be engaging in brand partnerships because she doesn’t share sponsored content on any of her social media channels.

She also owns a luxury vehicle Mercedes AMG G63 – she frequently poses with various sports cars, but it’s unknown whether she owns them or not. From her videos, it’s clear that she still lives with her parents. She hasn’t revealed whether she owns any real estate properties.