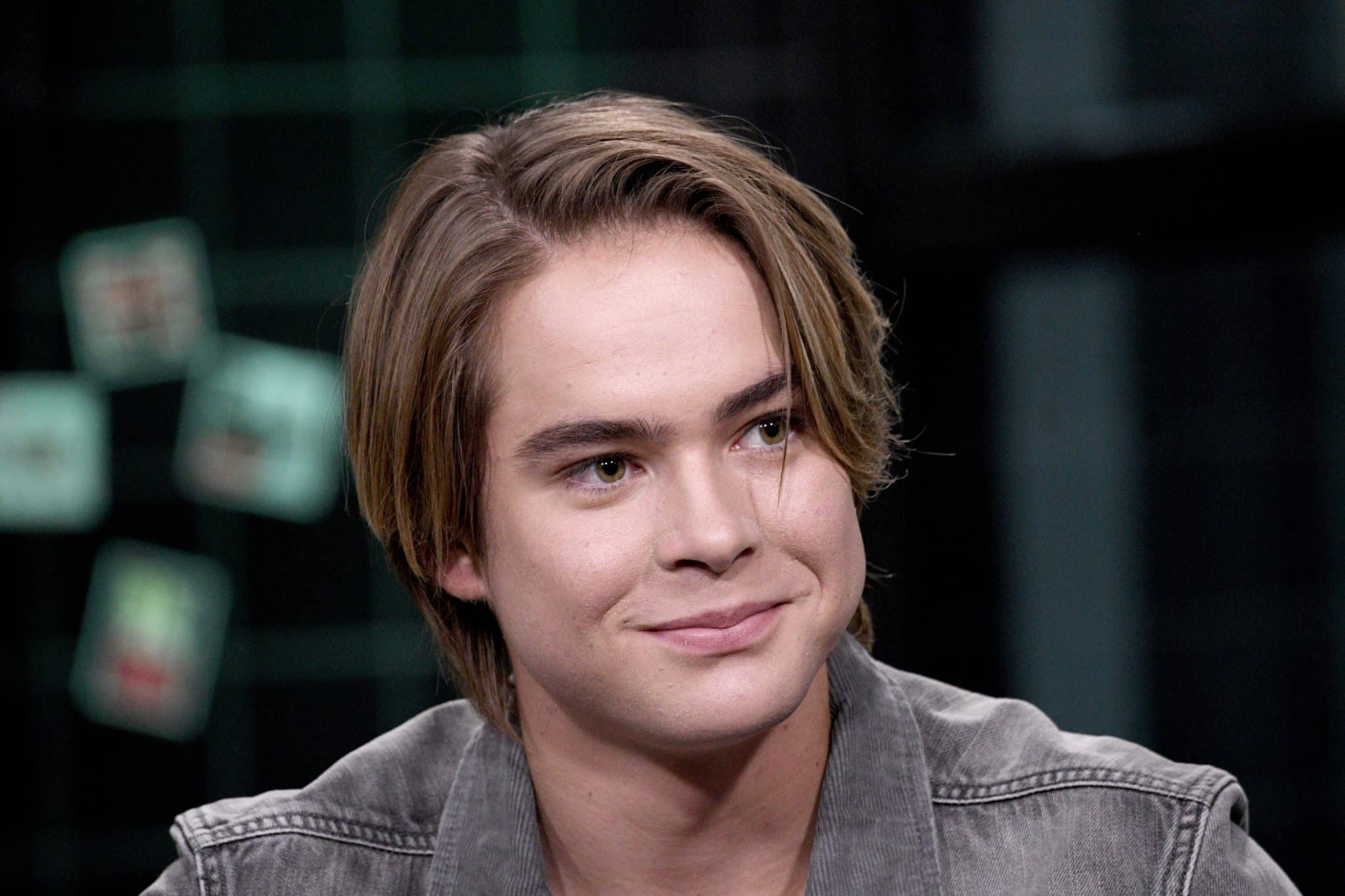 About Judah Lewis from “The Babysitter”: Age, Girlfriend, Net Worth, Wiki

Who is Judah Lewis?

Lewis is an American actor, probably best known to the world as Chris in the film “Demolition” (2015) and as Cole in the film “The Babysitter”, as well as several other roles that he’s secured so far in his young career.

Of Irish ancestry from his father’s side and Russian Jewish on his mother’s side, Judah grew up in Los Angeles, and started appearing on stage at just four years old.

He matriculated from high school in 2019 but hasn’t revealed which school he attended.

The young star made his acting debut in 2014 with the role of Caleb Barlow in the award-winning television romantic drama movie “Deliverance Creek”, set during the American Civil War, and follows a widow and her actions to keep herself and her three children safe, starring Lauren Ambrose, Wes Ramsey and Christopher Backus.

The following year, Judah appeared in the TV mystery crime-drama series “C.S.I.: Cyber”, with Patricia Arquette, James Van Der Beek and Shad Moss in the lead roles. Moreover, he co-starred with Jake Gyllenhaal, Naomi Watts, and Chris Cooper in the award-winning comedy-drama film “Demolition”, which also featured his father as his character’s doctor.

In 2016, Judah played Young Gil in five episodes of the short-lived yet critically acclaimed TV drama series “Game of Silence”, about a rising attorney who finds himself in a dangerous situation when his childhood friends threaten to reveal his dark secrets from the past, with David Lyons, Michael Raymond-James and Larenz Tate.

Judah used the early success in the first half of the 2010s to continue his career in stunning fashion in the second half of the decade.

After having one of the co-starring roles in the TV series “Game of Silence”, Judah starred as Cole in the horror-comedy film “The Babysitter” (2017), a young boy who is babysat by Bee, played by Samara Weaving, who happens to be a member of a satanic cult – Cole is past his bedtime, and the young but dangerous Bee will stop at nothing to make him go to bed. The film was written by Brian Duffield, and directed by McG.

The following year, Judah secured another starring role; this time, he was selected for the part of Tommy ‘Eats’ Eaton in the Saturn Award-nominated horror mystery-drama film “Summer of 84”, about a group of teenagers who suspect that the police officer from their neighborhood is a serial killer, and they take on an adventure to prove their doubts. However, they get embroiled in dangerous situations as they gather more information – the film also stars Graham Verchere and Caleb Emery.

The same year, Judah starred with Darby Camp and Kurt Russell in the family adventure-comedy film “The Christmas Chronicles”, which tells the story about a sister and a brother who try to get Santa Claus on camera on Christmas Eve, but are into an adventure of a lifetime.

In 2019, Judah portrayed Connor Harper in the award-winning horror crime-drama film “I See You”, with Hellen Hunt, Jon Tenney and Owen Teague, directed by Adam Randall. The film follows a small-town detective, and strange events that start happening to him and his family during the investigation in regard to the disappearance of a young boy.

The next year, Judah reprised his role as Cole in the horror comedy sequel “The Babysitter – Killer Queen”, and this time his character is living another nightmare after successfully surviving the satanic blood cult. Unfortunately, the demons have returned and are making his life a living hell. The duo comprised of Judah and Samara Weaving are joined by Jenna Ortega, and other stars include Emily Alyn Lind, Bella Thorne and Andrew Bachelor among others.

The same year, Judah reprised the role of Teddy in the family adventure sequel “The Christmas Chronicles: Part Two”. Directed by Chris Columbus, the film now follows Teddy’s sister Kate as the main character, who reunites with Santa Claus, but this time to stop an evil elf turned human from canceling Christmas forever.

He’s now working on the upcoming horror film, under the working title “Untitled HP Lovecraft film”, based on the story by the famous writer H.P. Lovecraft. He is set to star alongside Heather Graham and Barbara Crampton, though the film is yet to receive its premiere date, as it’s now in post-production.

As of mid- 2022, Judah Lewis’s net worth has been estimated at $1 million, according to sources. He’s acquired this wealth through his successful acting career, having appeared in over 10 film and TV titles so far.

Judah hasn’t been outspoken about his personal life, especially his love affairs. His love life has been a prolonged secret, which has sparked several rumors, including being gay, and that he might be in a romantic relationship with one of his film co-stars.

However, Judah has remained silent about these rumors, and he seems to be single and focused mainly on his acting career.

Judah Lewis has light brown hair and green eyes. He stands at 5ft 9ins (1.75m), and he weighs 150lbs (68kgs). His vital statistics are unknown, but he has a slim figure.

Judah is physically active – in addition to several gym training sessions per week, he enjoys playing football, basketball and baseball, swimming and riding a skateboard, among other outdoor activities. He’s an avid adventurer and has learned how to pilot a helicopter, among other things.

One of his main hobbies is photography and painting. On his various travels, he often takes photos which he later uploads onto his official Instagram page. His interest in photography is a means to a higher goal, as he aspires to become a director at some point in his future career.

He’s a talented drummer and guitar player, though he hasn’t pursued music professionally.

Judah auditioned for the part of Spider-Man in the films “Captain America: Civil War” and “Spider-Man” Homecoming”; however, Tom Holland was selected for the role.

He didn’t consider acting until he was 10 years old, though he started appearing in theater roles when only four years old.

An avid traveler, his work has taken him across the US, while he’s visited Tasmania in Australia, Elliot Bay in New Zealand, and the village of Mae Faek Mai in Chiang Mai Province, Thailand.