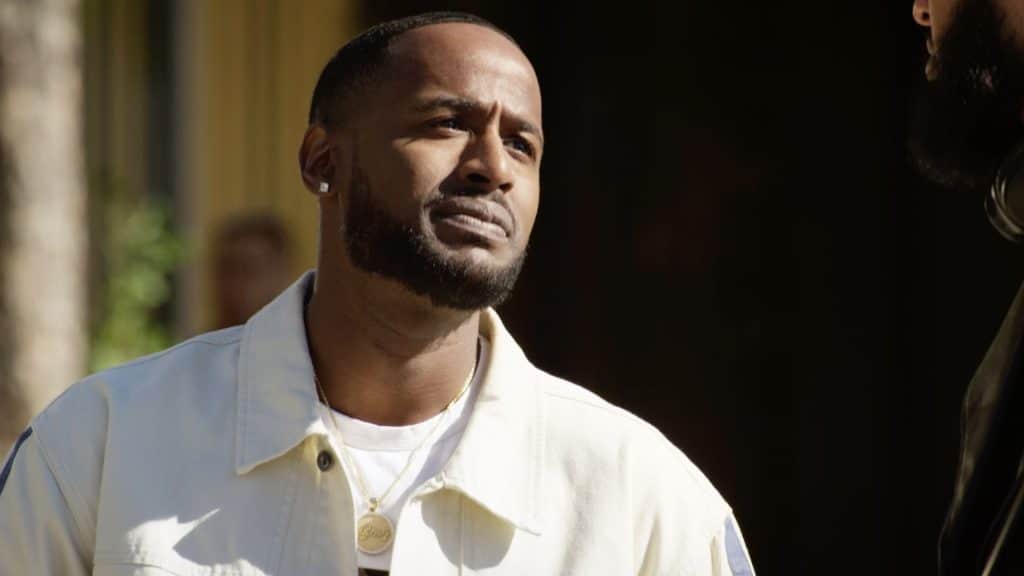 About Jackie Long: Wife, Net Worth, Height. Where is he today?

Who is Jackie Long?

Jackie is an American actor, perhaps best known to the world as Zig-Zag in the film “Soul Men” (2008), and recently as Kareem Johnson in the TV series “Games People Play” (2019-2021), in addition to several other popular roles he’s secured in his career so far.

Where is Jackie Long Today?

In late 2021, Jackie finished shooting the second season of BET’s popular TV drama series “Games People Play”, in which he stars with Karrueche Tran, Parker McKenna Posey, Kendall Kyndall, and Karen Obilom, among others. Unfortunately, for now, there is no news of the third season of the fan-favored show, but Jackie has kept himself rather busy, working on the sports drama film “Lola 2”, starring Tamala Jones, Elise Neal and Torrei Hart, about an unexpected pregnancy of a champion amateur boxer and the struggles to keep her career going, expected to premiere later this year. He is also set to appear in the action-comedy film “High-Heat”, which is now in post-production, but without a release date.

Jackie was born on 23 October 1981, in Pasadena, California, USA; he hasn’t revealed his parents’ names and their vocations, but it’s known that he has an older sister, but hasn’t shared her name.

He received his education from John Muir High School in Pasadena, and during these years, Jackie was highly interested in various sports, played basketball, football and baseball for school teams, and ran track.

Jackie launched his career in 1999, with a minor role in the award-winning TV comedy series “Moesha”, which starred Brandy Norwood, William Allen Young, and Marcus T. Paulk. Three years later, he returned to the screen with a support role in the award-winning sitcom “The Parkers”, with Mo’Nique, Dorien Wilson and Countess Vaughn in the lead roles.

He continued appearing in minor roles, such as Freddie Savage in the short film “Seek & Hide”, then Mike in the comedy film “Roommates”, both in 2004, while in 2005 he was Chase in the romantic comedy film “Lovewrecked”, starring Amanda Bynes, Chris Carmack, and Jonathan Bennett.

In the second half of the 2000s, Jackie enjoyed partial success appearing in popular films; he was Monk S. Dupois in Bryan Barber’s musical crime-drama film “Idlewild” (2006), which starred Andre 3000, Big Boi, and Terrence Howard, and the same year he appeared as Esquire in the comedy crime-drama film “ATL”. In 2007, he portrayed Georgie in the TV romantic-drama film “Playas Ball”, then appeared in Tom Brady’s sports spoof “The Comebacks”, with David Koechner, Robert Ri’chard and Carl Weathers in the lead roles.

He also featured in the music video for the song “I Can’t Help But Wait”, performed by Trey Songz, followed by another music video appearance, this time featuring in Alicia Keys’s “Teenage Love Affair” in 2007 and 2008.

Next, he starred in the romantic comedy-drama film “Love for Sale”, next to Jason Weaver and Mya, and appeared alongside Samuel L. Jackson, Bernie Mac, and Sharon Leal in the comedy music-drama film “Soul Men”.

Before the decade ended, Jackie appeared in the comedy film “The Magnificent Cooly-T”, which starred Gary Dourdan, Zulay Henao and Jennifer Siebel Newsom, and portrayed J.J. in the sports drama film “Hurricane Season”, both in 2009.

The 2010s and Further Success

He started the new decade with the role of Tinsley in the film “What She Wants for Christmas” (2012), followed in the same year by the role of Charles in the television movie “A Cross to Bear”. In 2012 and ‘13, he appeared as Micah in four episodes of the award-winning comedy series “Let’s Stay Together”, and in 2013, featured alongside Andre Boyer and Jerome Ro Brooks in the comedy film “Pastor Shirley”.

Later in 2013, his voice could be heard in the popular video game “Grand Theft Auto V”, which launched him to stardom within the video game community, as he voiced the highly popular character, D from Ballas gang, who eventually rose in the ranks and became a respectable OG member.

The following year, Jackie appeared in 13 episodes of the short-lived TV comedy series “According to Him + Her”, with Shar Jackson, Nika King and Tiffany Haddish as the main stars. From 2014 to 2016, Jackie appeared in the award-winning comedy series “Real Husbands of Hollywood”, created by Kevin Hart, Chris Spencer, and Ralph Farquhar and starring Hart, Duane Martin, and Nick Cannon.

Concurrently, in 2015, he portrayed Fontaine in the film “Mr. Right”, and was Agent Evan Matthews in the TV sci-fi horror-drama series “Surviving”.

Next, in 2019 he starred in the comedy film “Love Is Not Enough”, next to Lavell Crawford, Kim Coles, and Claudia Jordan.

His latest significant role is as Kevin James in LazRael Lison’s romantic drama film “Never and Again”, in which he stars with Denise Boutte and Christian Keyes.

According to sources, Jackie Long’s net worth is estimated at over $1 million as of late-2022, earned through his prolific career, during which he’s made more than 50 film and TV appearances.

Jackie doesn’t talk too much about his personal life; however, since he entered the industry, Jackie has been seen with a few celebrities by his side.

From 2007 to 2008, he was in a romantic relationship with the famous former No. 1 tennis player Serena Williams.

In 2010 he started dating model Kim Porter and their romance lasted until 2012, when they broke up; sadly, Kim passed away in 2018 from lobar pneumonia.

Most recently, Jackie dated famous model and fashion designer Angel Brinks from 2016 to 2018. Since then, Jackie has apparently been single, and focused on his career.