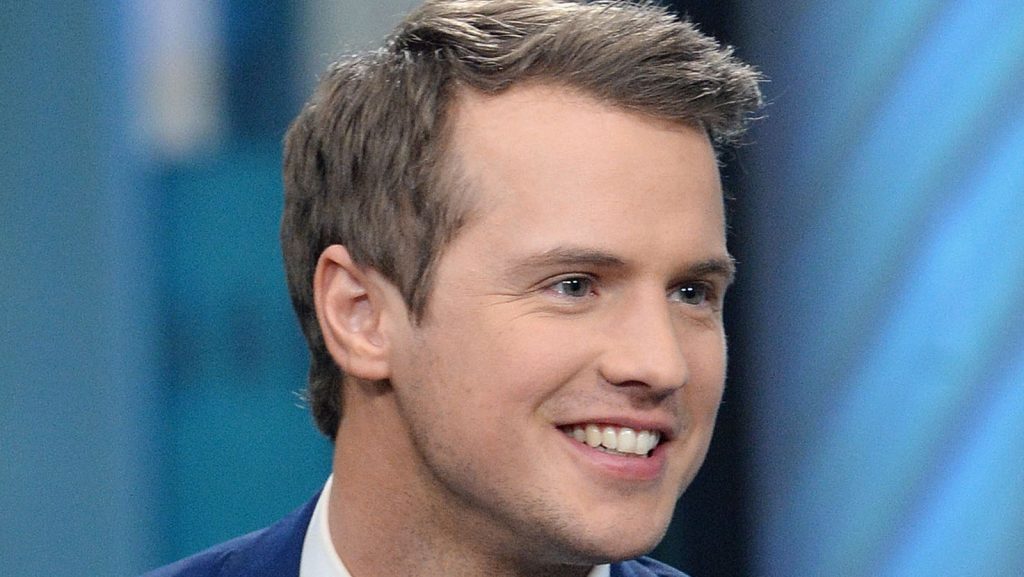 About Freddie Stroma from Peacemaker: Wife, Net Worth, Wiki

Who is Freddie Stroma?

Born Frederic Wilhelm C. J. Sjöström under the sign of Capricorn on 8 January 1987, in London, England, Freddie Stroma is a 35-year old Caucasian model and actor of Swedish and German descent. He’s well known across the globe thanks to playing memorable characters in various titles of significant popularity, such as the “Harry Potter” film series. That aside, he’s had a high number of roles, adding to the multitude of successes that he’s enjoyed throughout the course of his career in entertainment since 2005.

Freddie was raised in Ascot, Berkshire, by his Swedish computer industry executive father Stefan Sjöström, and his German mother Crystal Kupper. He’s their middle child, Antonia Sjöström being his older sister and Phillipp Sjöström his younger brother. He had a faint interest in the dramatic arts early on, but that changed later during his schooling. He attended Sunningdale School boys’ preparatory, and then the boys-only boarding school Radley College in Oxfordshire. While there, at 16, he was accepted into the National Youth Theatre of Great Britain, from which his acting career would eventually launch.

He matriculated from Radley College in 2005, then enrolled into University College, London to studying neuroscience. He paused his education there for a year to focus on his career, but immediately after returned, graduating with a 2.1 (second-class honors, upper division) Bachelor of Science degree in Neuroscience.

Career: Part of the legend

Freddie played a few minor roles in local theaters as a member of the National Youth Theatre of Great Britain, earning some money and experience around a year before his TV debut – playing Lucas Harper in the episode of the comedy crime drama series “The Gil Mayo Mysteries” entitled “More Deaths than One” in 2006. Later that year he appeared as James Huppert in the “Happy Hour” episode of Jeremy Brock and Paul Unwin’s BBC1 drama “Casualty.”

He made his movie debut in 2007, as Gregor Schatz in Peter Nicholson’s war docudrama “The Last Flight to Kuwait.” In 2008 he only played Matt in Vicky Jewson’s romance horror “Lady Godiva”, but finally, 2009 brought him the breakthrough most actors dream of, cast as the rich and spoiled Gryffindor jock Cormac McLaggen in “Harry Potter and the Half-Blood Prince” – the sixth screen adaptation of J.K. Rowling’s immortal “Harry Potter” book series. Naturally, he also voiced his own character in the eponymous game that came out in the year as well.

In 2010 he was already busy with the “Harry Potter” franchise, and so only appeared additionally as Cool Brett in Noel Clarke’s crime thriller “4.3.2.1.” In 2011, he finished the series as Cormac McLaggen in “Harry Potter and the Deathly Hallows: Part 2.”

Later in 2011 Freddie played Luke Morgan in “A Cinderella Story: Once Upon a Song” – a family comedy musical by Damon Santostefano. Next year he portrayed Luke in “Pitch Perfect,” and in 2013 he showed up as Jack in John Huddles’ award-winning sci-fi fantasy drama “After the Dark.” In 2014 he finally appeared in multiple titles, playing Kyle in “Extraterrestrial” and Ben in “The Inbetweeners 2.”

In 2015 he landed another big project, arriving on-screen as Adam Cromwell in 12 episodes of Marti Noxon’s drama entitled “UnREAL.” This allowed him to enter 2016 strongly, and claim the part of Dickon Tarly in the episode of world-renowned “Game of Thrones” entitled “Blood of My Blood.” In the same year he was also seen as Brit Vayner in “13 Hours.” He had another five roles over the next three years, most significantly H.G. Wells in “Time After Time.”

Most recently, in 2020 he played prestigious Prince Friedrich in three episodes of “Bridgerton,” while 2021 saw him as Jake Martin in 10 episodes of “The Crew.” Lastly, the performance of Adrian Chase in eight episodes of 2022’s action comedy adventure “Peacemaker” is his latest acting credit, making for 25 in total.

Thanks for speaking to me! @AliPlumb is such a joy to talk to. Great questions and all round charm! https://t.co/JRT9Nwd6HN

Love life: Who is his wife?

Freddie’s only known partner has been fellow actress Johanna Brady, whom he met and started dating on the set of “UnREAL.” They initiated their relationships in the summer of 2015, and became engaged a year later, when Freddie proposed during a weekend getaway in Vancouver, Canada. They married on 30 December 2016 at The Stables venue of Foxhall Resort and Sporting Club, in Atlanta, Fulton County, Georgia. They haven’t expressed any plans for expanding their family since then, and there’s been no controversy surrounding their union. They live together supposedly in Los Angeles, California.

The main reason that he initially paused his studies to pursue acting was so that he could pay off his education. If Freddie’s acting career hadn’t worked out, he would’ve been ready to fully dedicate himself to neuroscience, and pursue a cure for Parkinson’s or Alzheimer’s.

He can sing and play the guitar, but prefers not to expand into a musical career, as in his opinion, musicians always remain in character, actors finish the job and go back to being themselves.

Even though most Americans admire his British accent, he says he doesn’t understand the appeal, as to himself he sounds like a teacher.

He left Facebook when fan groups about him started being made, since he didn’t want his pictures used on fan pages.

Stroma never remembers his dreams, apparently an indication of not having a ‘previous life’.

What is Freddie Stroma’s net worth?

As of mid-2022, the majority of reputable sources estimate Freddie Stroma’s total accumulated wealth to be over $2 million, garnered thanks to over 15 years in the entertainment industry, though a major portion of it must’ve come from playing Cormac McLaggen in the last three “Harry Potter” series films, as well as the recurring role in “Game of Thrones.”