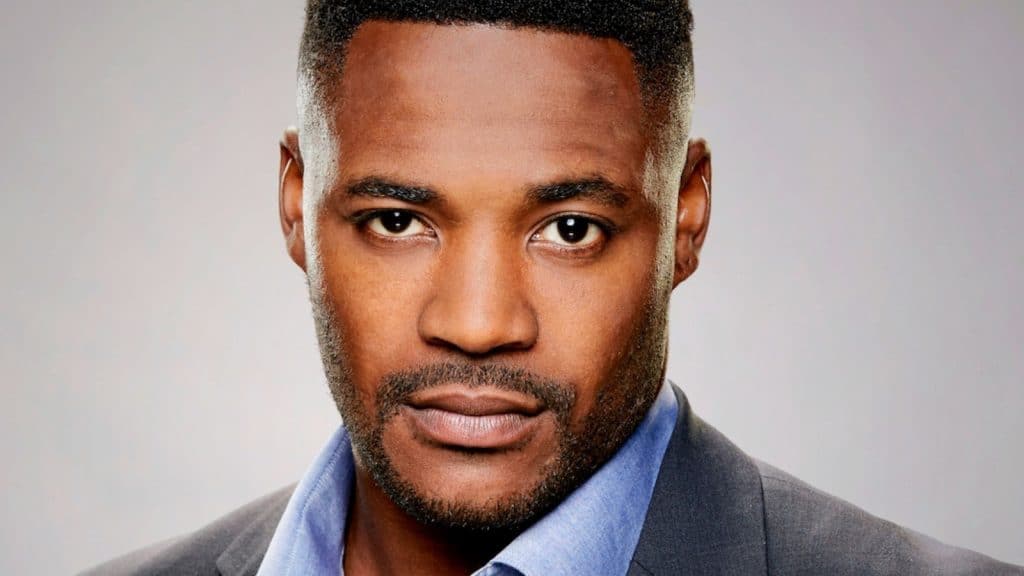 Duane Henry is an English actor, perhaps known best for his portrayal of Clayton Reeves in the CBS police procedural TV series “NCIS”. He hasn’t shared information about his newest roles, but he seems to still be pursuing his acting career.

Duane Henry was born on 18 March 1985, in Birmingham, West Midlands UK; his mother became pregnant when she was 16, and raised Duane by herself. She’s a singer who toured with famous Jamaican musician Jimmy Cliff. In an interview with Parade, the actor describes his mother as an outspoken, well-mannered person, who has a lot of integrity and respect for other people. He doesn’t know his father.

Duane grew up in a working-class family in Handsworth, which led him to experience financial struggles at a young age; consequently, he started dreaming of becoming an actor when he was 14 years old. He studied at St. Francis Catholic Primary School in Birmingham, later transferring to St. John Wall School. After finishing secondary school, Duane enrolled at Dudley College to acquire acting skills. At first, he didn’t take his classes seriously, but once his teachers saw real talent in him, he started paying attention to his scripts and lessons.

To access more acting opportunities, Duane moved to London when he was 17. He was homeless for some period, but was eventually sheltered by his aunt. Before becoming a successful actor, he worked as a shoe seller on Oxford Street and Leicester Square.

After moving to London, Duane landed several minor roles; in 2005, he appeared in the episode “The Hitch” of the British anthology TV series “The Afternoon Play”. During the same year, he portrayed Alex in an episode of the soap opera “Doctors”, and Jermaine Lindsey in the made-for-television movie “7/7: Attack on London”. In 2006, he portrayed Roy Marlowe in the first episode of the post-apocalyptic action series “Jericho”, and landed a role in the mini-series “Dream Team 80’s”. Concurrently, he debuted in filmography by portraying a guard in the documentary “The Road to Guantánamo”, which was written and directed by a famous English director Michael Winterbottom.

In 2007, Duane became a member of the main cast in the TV series “Dubplate Drama”, when he portrayed Drama, an old friend of the main characters Dionne and Darren, in the second season. During the same year, he landed the recurring role as Jake Malone in the TV series “Desperados” which centers around a wheelchair basketball team. He also made brief appearances in “Nearly Famous” and “Blue Murder”.

In 2008, the actor reappeared in the episode “And the Winner Is…” in the show “Doctors”. He was also seen in the TV series’ “Doctor Who”, “Bonekickers”, and “Coming up”. Concurrently, he starred in three movies: “The Oxford Murders”, “Flick”, and “West 10 LDN”.

He had several minor roles in 2009, then in 2010, Duane was chosen for the recurring role in the teen drama series “The Cut”, portraying Rory Andrews in 12 episodes of the second season. In 2011, he had minor roles in the movies “Ghosted” directed by Craig Viveiros, and “W.E” directed by Madonna. He mainly focused on filmography, portraying a supporting character in the movie “The Dark Knight Rises” opposite Christian Bale, Michael Caine, Anne Hathaway, and others, and concurrently starred in short movies “A Scholarship”, “12”, and “Blasted”.

He moved to Los Angeles in 2013 to pursue a career in Hollywood, and after several insignificant roles, Duane made his breakthrough when he was cast for the role of Clayton Reeves in the TV series “NCIS” in 2016. Initially, he appeared in two episodes of the 13th season, portraying an MI6 (Secret Intelligent Service in the UK) agent. He returned as a member of the main cast in the 14th and 15th seasons, but his character was killed off in 2018. According to Express, the death of Clayton Reeves followed the death of Gary Glasberg who wrote the character. After he passed away, the crew behind “NCIS” didn’t know what Gary had planned for the future of Clayton, so they killed him off.

Posted by The Archibald Studio on Friday, March 8, 2019

After he departed from “NCIS”, Duane starred in the movies “A Gingerbread Romance” (2018) and “Captain Marvel” (2019). He made his most recent appearance in 2021, when he portrayed Mark Aguilar in the Christmas romance “Mistletoe in Montana”.

As of late 2022, Duane appears to be single; he’s never been married or engaged, and doesn’t have any children. The actor had a long-term girlfriend who passed away when he was starring in the show “NCIS” – he hasn’t revealed the details of their relationship or the reasons behind his girlfriend’s death. After he left “NCIS” he shared a tweet in which he mentioned that the show helped him cope with the loss by allowing him to concentrate on the character.

Duane Henry isn’t particularly active on social media; he has only four posts on his Instagram account, and hasn’t posted anything on Twitter since 2018. He shares Instagram stories occasionally, but he seems to lead a more private lifestyle.

When Duane arrived in Los Angeles, California, he took a break from acting to refine his American accent.

The actor was homeless before being cast for the show “NCIS”. His co-star Pauley Perrette invited him to live in her house before he got settled, and had enough money to find a place. Eventually, he moved out, and even moved his mother into a new home.

In one of the interviews, Duane mentioned that he would work in arts if he weren’t able to make it as an actor, and would be a drama teacher or a talent scout. He draws inspiration for his characters by observing the people around him, and seeing how they achieve success despite struggles.

Duane is 37 years old; he has brown hair and brown eyes. He’s 6ft 2ins (188cm) tall and weighs approximately 180lbs (82kgs)., and works out consistently to maintain an athletic figure. He wears casual clothes on daily basis, frequently seen in tracksuits, t-shirts, and jeans. Occasionally, he appears in formal clothes, and sports suits and classic trousers. He loves wearing accessories such as chains, watches, bracelets, rings and sunglasses.

As of late 2022, Duane Henry’s net worth is estimated close to $5 million – his main source of income is his acting. He owns a luxury Mercedes convertible, but hasn’t disclosed any information about his real estate properties.