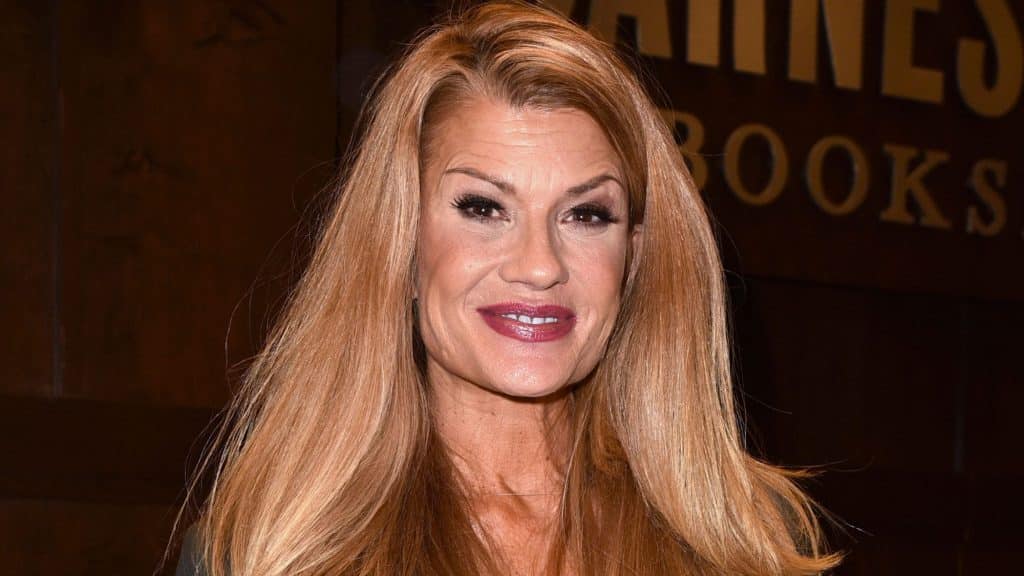 Who is Dianna De La Garza?

American actress, author, talent manager, and former country singer Dianna Lee Smith, was born in Irving, Texas USA, on 8 August 1962, under the zodiac sign of Leo. Dianna’s perhaps best known for being the mother of American singer and actress Demetria Devonne ‘Demi’ Lovato, but also for her portrayal of an extra in the 2008 family comedy movie “Camp Rock”, directed by Matthew Diamond, and which starred her daughter Demi, Joe Jonas and Meaghan Martin. It follows gifted teenagers as they’re staying at a music camp, while a teen idol has heard a talented girl sing at the camp, and is now searching for her; the film won two of its nine award nominations.

Dianna’s parents raised her in Irving, but as she’s not interested in sharing the details concerning her mother and father, not a lot is known about them; it’s also believed that she’s an only child.

She studied at Irvin’s local high school and was mostly into dancing during her teenage years,  took dancing lessons, and was also her school football team’s cheerleader. Dianna was also into acting, and dreamed of either becoming a worldwide famous actress or a model.

She completed her high school education in 1980, and then chose to work on her career, rather than to pursue a college degree.

Dianna began working as a cheerleader for the Dallas Cowboys of the National Football League (NFL) in the first half of the ‘80s, and after some time chose to instead become a country music singer, and to tour around the U, but she hasn’t made a name for herself as a singer, and hasn’t released any albums.

Aside from the two previously mentioned, Dianna’s only other role has been in the 2017 short drama “The Imbalancing Act”, directed by Logan Binstock, and which starred Alexis Lombardi, Evee Bui and Duncan Anderson. It tells the life story of student Devin Marks, and the film won three of its four award nominations.

off to the premiere of the imbalancing act with the ones who believed in it when it was just an idea on paper 😊💕 pic.twitter.com/zs9c666gm9

She produced the 2018 short science fiction movie “Subject 16”, directed by Brett Hodgson, and which starred her daughter Madison and James Boyd. It follows a man who’s just awoken in a sealed cylinder, and doesn’t remember anything about himself.

Dianna married American musician and engineer Patrick Martin Lovato not long after she matriculated, and she gave birth to her first daughter Dallas on 4 February 1988, while her second daughter Demi followed on 20 August 1992. Patrick filed for divorce when Demi was only two years old, because Dianna had begun touring and working on her career as a country music singer, while he wanted her to be at home with him.

Sometime in the second half of the ‘90s, Dianna married her second husband, American-Mexican Ford dealership manager Eddie De La Garza, and gave birth to their daughter Madison De La Garza on 28 December 2001.

All of Dianna’s three daughters are today involved in either the film or music industry.

Dianna’s married to her second husband Eddie De La Garza as of September 2022, and has a daughter with him, as well as two daughters with her first husband Patrick Martin.

Dianna’s been passionate about creative writing since she was a teenager, and this led her to author her book “Falling with Wings: a Mother’s Story”, published on 6 March 2018 through Feiwel & Friends.

In the book, Dianna revealed that she had developed an eating disorder while wanting to become a famous country singer, and that she then became addicted to both pills and alcohol; she’s also revealed that it was her daughter Demi’s success that helped her turn her life around, and become sober.

Dianna’s often travelled with Demi whenever she wanted her mother to keep her company during her red carpet events, or to be there while she was shooting for her movies and TV series.

Dianna’s net worth stands at over $2 million as of September 2022, and her daughter Demi’s at more than $40 million.

Who is her daughter Demi?

Demi was born in Albuquerque, New Mexico USA, under the zodiac sign of Leo. She became popular following the release of her 2008 debut album “Don’t Forget”, which charted at #2 on the US Billboard 200, while she’d previously attracted attention with her portrayal of Angela in the family series “Barney & Friends”, created by Dennis DeShazer and Sheryl Leach, and which starred Bob West, Julie Johnson and Patty Wirtz. It follows Barney and her friends as they’re having fun, the series aired from 2002 to 2004, and won one of its 15 award nominations.

Demi wanted nothing to do with her father Patrick following her parents’ divorce, and has stated that although he wanted to be a good man, he was still a mean person; Patrick died from cancer on 23 June 2013. Demi was raised in Dallas, Texas by Dianna and was seven when she started taking piano lessons, while she switched to playing the guitar, dancing and acting when she was 10.

She was 14 when she appeared in the 2006 episode “First Down” of what ranks amongst some of the best series of all time – the action crime drama “Prison Break”. The following two years saw Demi play Charlotte Adams in the short family comedy series “As the Bell Rings”; she was bullied at school because of her success in the film industry, and was then home-schooled.

Between 2009 and 2011, Demi starred as Sonny Munroe in the romantic family comedy series “Sonny with a Chance”, created by Steve Marmel, and which also starred Tiffany Thornton and Sterling Knight. It follows Sonny who’s signed an acting deal and moved to Los Angeles, California; the series won two of its eight award nominations.

Her 2017 single “Sorry Not Sorry” became a hit worldwide, peaking at #6 in both the US, and New Zealand, and #8 in Australia; it was the lead single of her sixth album “Tell Me You Love Me”, released on 29 September 2017.

In 2020, Demi played Katiana Lindsdóttir in the popular musical comedy movie “Eurovision Song Contest: The Story of Fire Saga”, directed by David Dobkin, and in which Will Ferrell and Rachel McAdams played lead characters. It follows Lars and Sigrit who are about to represent their country at Eurovision, and the film won six of its 35 award nominations, including an Oscar nomination for Best Achievement in Music Written for Motion Pictures (Original Song).