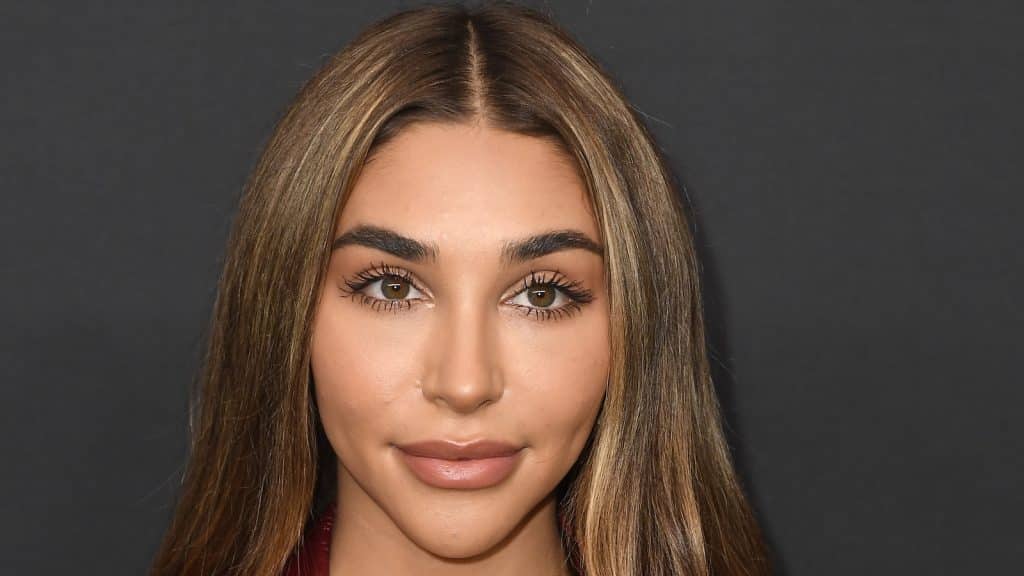 Who is Chantel Jeffries?

Chantel is an American DJ, model, and YouTube star, who is best known to the world for uploading videos onto her YouTube channel on various topics, including lifestyle, fitness, fashion, and personal vlogs.

Chantel Taleen Jeffries was born on 30 September 1992, in Coronado, California, USA. Of French, Cherokee, Irish and Italian ancestry, she is the daughter of Kathleen and Edward Jeffries, a Marine Corps veteran; she has a sister, Selah who is a social media star as well, and a brother, but hasn’t revealed his name and age. Although born in Coronado, she grew up in Jacksonville, North Carolina, USA. She went to Massaponax High School in Virginia, and while there had trouble with the law, as she stabbed another student of the school after a fight on Facebook; she was acquitted of all charges as the victim refused to testify.

After high school, she enrolled at Florida International University, where she studied Communication Art and Fine Arts. While at college, she became aware of her great looks, and so after graduating, began pursuing a career in modeling.

Before earning a name for herself, this multi-talented social media star worked as a waitress at the Marrakesh restaurant, a Middle Eastern cuisine-based bar in Jacksonville.

However, as she started uploading pictures in various poses and clothes, she was quickly noticed and started gaining popularity, attaining more than a million followers in a short time span, resulting in a contract with the famous Wilhelmina Modeling agency.

With this agency representing her, Chantel started getting offers from big fashion brands, such as FashionNova, Revolve, Poppi, Louis Vuitton, Versace, Shein, and Lounge Underwear, among others. Her Instagram popularity has continued to increase, and she now has more than 4.5 million on her official account.

Chantel launched her YouTube channel back in 2011. However, on the first try, she didn’t have much luck. After attaining world fame through Instagram, she returned to YouTube and uploaded her first video in 2016, entitled “I’m Back Bichezzz”, announcing her return and talking about her future plans. Some of her older YouTube videos include “How to Look Like a Goddess”, which has around 400,000 views, then her personal story of how she was robbed while in Bali in the video “I Got Everything Stolen”. Chantel has Since continued to upload new content regularly, sharing her tips on make-up and fashion, while revealing some personal information to her fans.

She has amassed more than one million subscribers since starting her YouTube channel, and her videos have been viewed more than 80 million times, and has also used her channel to promote her music, as she’s shared music videos for her songs.

Some of her most popular videos include “Heatless Curls”, then “WHAT WE EAT IN A DAY! Chantel Jeffries & Catherine Paiz”, and the music video for the song “Chase the Summer”, in addition to numerous other videos that have millions of views.

Music has always been her passion, but she waited to try herself in this field. Encouraged by her success as a model and on YouTube, she expanded her presence to music. She began as a DJ under the pseudonym CeeJay in 2018, after which she signed a deal with Universal Music and its record label 10:22pm.

Her first single, “Wait”, which is a duet with rapper Offset, came out the same year, and landed at No. 10 on the US Dance chart. The same year, Chantel released two more songs, “Both Sides”, which features Vory, and “Better”, a collaboration with BlocBoy JB and Vory.

Chantel continued to make new music, and in 2019 released one of her most popular songs, “Facts”, which features such musicians as YG, Rich The Kid, and BIA. The same year, she also released the song “Chase the Summer” with R&B singer Jeremih.

To speak further of her accomplishments, Chantel released two songs in 2020, “Come Back to Me” featuring Shaylen, and “Follow Me (Zoey 101)”, which is a collaboration with Jamie Lynn Spears, the younger sister of famous singer and actress Britney Spears.

This multi-faceted star is also an actress and a talk-show host. She made her acting debut in 2016 as Fawn in the romantic comedy film “The Perfect Match”, which starred Terrence Jenkins, Cassie Ventura and Paula Patton. The same year, she played Catherine Clancy in the romantic comedy film “A Weekend with the Family”, with Marques Houston, Karrueche Tran, and Wendy Raquel Robinson in the lead roles.

As of mid- 2022, Chantel Jeffries’ net worth is estimated at close to $3 million, according to reports, which she’s earned by using her multitude of talents.

Her personal life has been the subject of many tabloids, especially her very short flings with several A-listers.

Back in 2011, she started a romance with P. Diddy’s son, Justin Combs. However, this relationship lasted less than a year.

In late 2012, she had an affair with rapper Lil Twist, but this ended almost before it even began.

Her next fling lasted a bit longer, with American Football player DeSean Jackson from early 2013 to mid-June 2013.

In 2014 she had an affair with Justin Bieber – the two were caught speeding down the road, and Bieber was arrested for driving under the influence. The two got together again in 2016, but nothing came of it.

In 2016 she was seen with National Basketball Association (NBA) star Jordan Clarkson, then later that year with another NBA star, Kyrie Irving,  and with Irving  again in 2018.

She dated famous rapper and up-coming rock star Machine Gun Kelly from July 2019 to December the same year, while from July 2020 to March 2021, Chantel was in a relationship with DJ Andrew Taggart.

According to reports, Chantel is currently single, and solely focused on her career.

Chantel is focused on maintaining a perfect figure – she regularly goes to Equinox gym for her workout routine, which consists of cardio and lifting exercises. Chantel is also active outdoors, and enjoys cycling and hiking.

Her training is backed by a healthy diet, as she avoids food full of gluten.

She was caught behind the wheel speeding at 92mph in a 70mph zone.

Chantel is a huge fan of tattoos, and although she doesn’t sport any on her body, she’s designed some of her own, such as an anchor on the wrist.