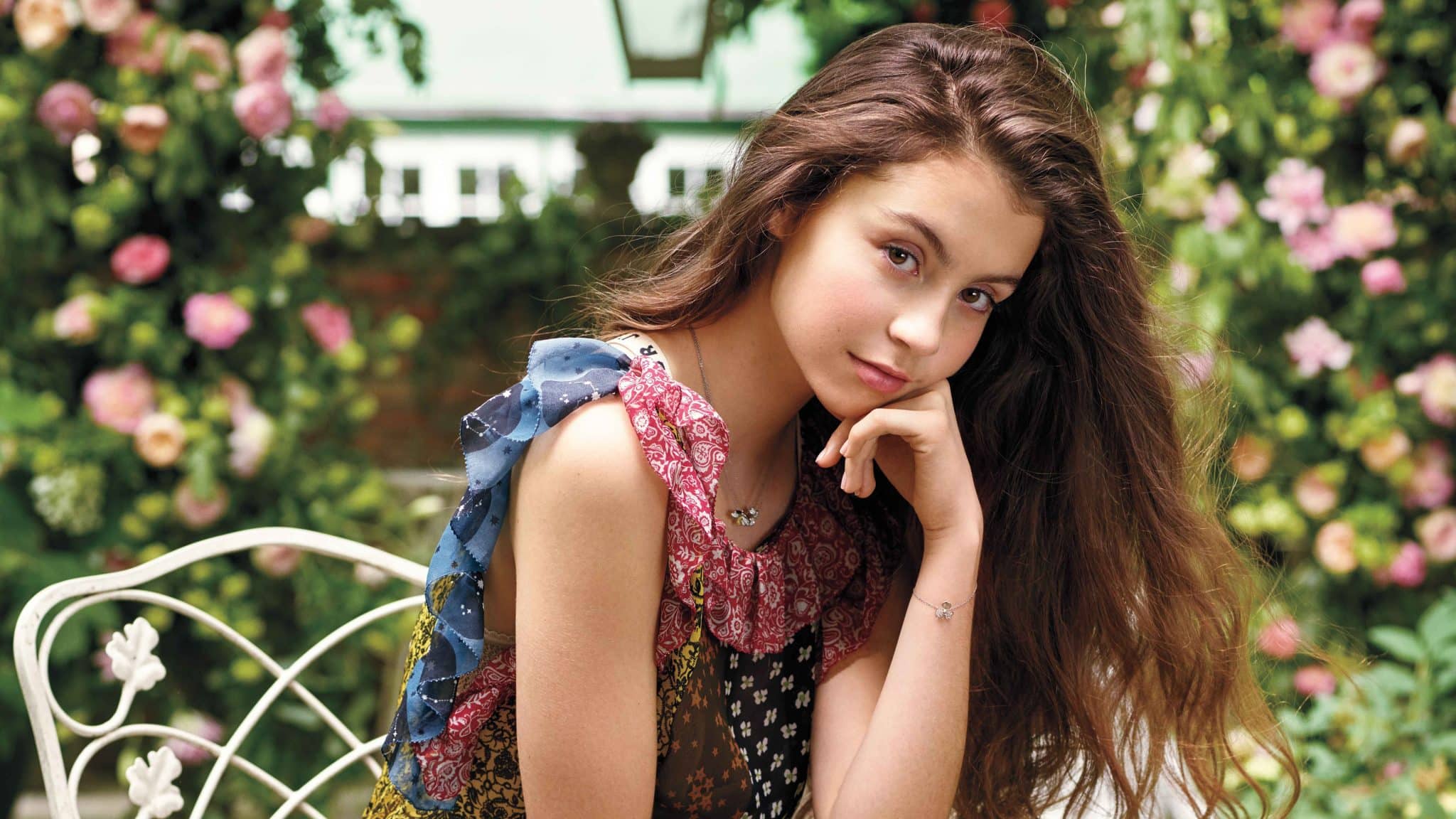 Who is Carys Zeta Douglas?

An aspiring actress, who will be soon seen starring in “The Holy Devil”, Carys Zeta Douglas is perhaps stil known best as the youngest child of the celebrity couple Catherine Zeta-Jones and Michael Douglas.

She was born under the zodiac sign of Taurus on 20 April 2003, in Ridgewood, New Jersey USA, thus she holds American nationality, and she comes from a family of Welsh, Irish, Scottish, Belgian and Jewish descent.

Carys was raised by her parents – the family lived in Bermuda until 2009, when they moved to rural New York State, but most of her childhood Carys spent in Valldemossa, Mallorca, an island in the Balearic Islands, Spain.

Carys has an older brother, Dylan Michael, who was born on 8 August 2000, and from their father’s side, they have a half-brother, Cameron who is also an actor.

Being raised by two famous actors, it isn’t surprising that Carys followed in their footsteps and choose acting as her future career, although when she was younger, she liked modeling and dancing.

Speaking of Carys’ educational background, she matriculated from high school in 2021, and has enrolled at college, however, she hasn’t shared which university she‘s attending.

Carys hasn’t been the subject of any rumors or controversies concerning both her love life and her sexual orientation, mostly because she prefers to keep her private life away from the media’s attention. There aren’t any photos or gossip that could link her romantically to any person.

She had a few months-long break from Instagram and other social media platforms, and this summer she took to the app to recap her followers – whose number counts over 170,000 – about her vacation. In the description of one of the photos, she wrote:

‘There is no problem in wanting to show the more ‘pleasing’ side of life but I began to see Instagram as something I should be doing rather than something I wanted to do, how silly!’ thus many of her followers commented that she must be tired of living in the spotlight, so she was absent from her social media accounts.

Who is her father, Michael Douglas?

Michael Kirk Douglas was born on 25 September 1944, in New Brunswick, New Jersey, and is the first child of famous actors Kirk Douglas and Diana Dill. His father was Jewish from Belarus, and his name was Issur Danielovitch, while his mother was Bermudan, and from a famous military family.

Michael Douglas began his acting career in the late ‘60s, and his first significant role came in the series “The Streets of San Francisco”.  His roles then followed one another, and he won his first Oscar for Best Actor in a Leading Role for his portrayal of Gordon Gekko in the 1987 crime-drama movie “Wall Street”.

The audience has enjoyed his acting in numerous movies and series; some of his most notable roles were in “Basic Instinct”, “Fatal Attraction”, “The Game”, and “King of California”, among many others.

His most recent role was his portrayal of Hank Pym in the 2019 movie “Avengers: Endgame”, while television series viewers saw him as Sandy Kominsky in “The Kominsky Method” (2018-2021).

Speaking of his personal life, as mentioned, he has one son from his previous marriage to Austrian diplomat Diandra Luker; the two married in 1977, but she filed for divorce in 1995 and was awarded $45 million as part of the divorce settlement.

Who is her mother Catherine Zeta-Jones?

Some of her most notable roles have been in the movies “Traffic”, “The Mask of Zorro”, “Entrapment”, and “Side Effects”, while the audience also enjoyed her versatile acting in series such as “The Darling Buds of May”, “Feud”, and “Prodigal Son”. We are happy to announce that Catherine will soon be seen as Morticia Addams in the new series “Wednesday”, also starring Jenna Ortega and Christina Ricci.

Speaking of Catherine’s private life, she was born on 25 September 1969, in Swansea, Wales, United Kingdom, andshe was raised by her parents; father David Jones was the owner of a sweet factory, and her mother Patricia, was a dressmaker. She has two brothers, Lyndon and David Junior.

Her family came from a modest background, but they won £100,000 (around $120,000) in a bingo competition, and so they were able to pay for a private school and ballet lessons for Catherine. She attended the Dumbarton House School, and upon matriculating in 1987, she went on to attend the independent Arts Educational School in Chiswick, London, England, for a three-year course in musical theatre.

Catherine made her acting debut portraying Sheherazade in the 1990 movie “Les 1001 Nuits”, also starring Stephane Freiss and Gerard Jugnot, and for the scene where Sherherezade falls naked into the lap of Sinbad the sailor she did the fall herself completely unclothed – her curvaceous, buxom figure and seductive deep voice are still her trademarks.

Speaking of her personal life, before she met her future husband, she was in a relationships with celebrities such as John Leslie, David Essex and Mick Hucknall. Catherine was engaged to Scottish actor Angus Macfadyen in 1995.

Three years later, she met Michael Douglas, and an interesting fact about this two is that they were born on the same day, however, he’s 25 years older than she. They met at the Deauville American Film Festival, in France, introduced to each other by American actor Danny DeVito.

Catherine and Michael became engaged on 31 December 1999, and exchanged their wedding vows on 18 November 2000, at the Plaza Hotel in New York City. As of August 2022, the celebrity couple is still together, although back in 2013, they separated for a few months.

In May 2013, an official statement of a representative for Catherine confirmed that the couple took some time apart to evaluate and work on their marriage, and in November 2013, it was reported that the two had reconciled, and that Catherine had moved back to their apartment in New York City.