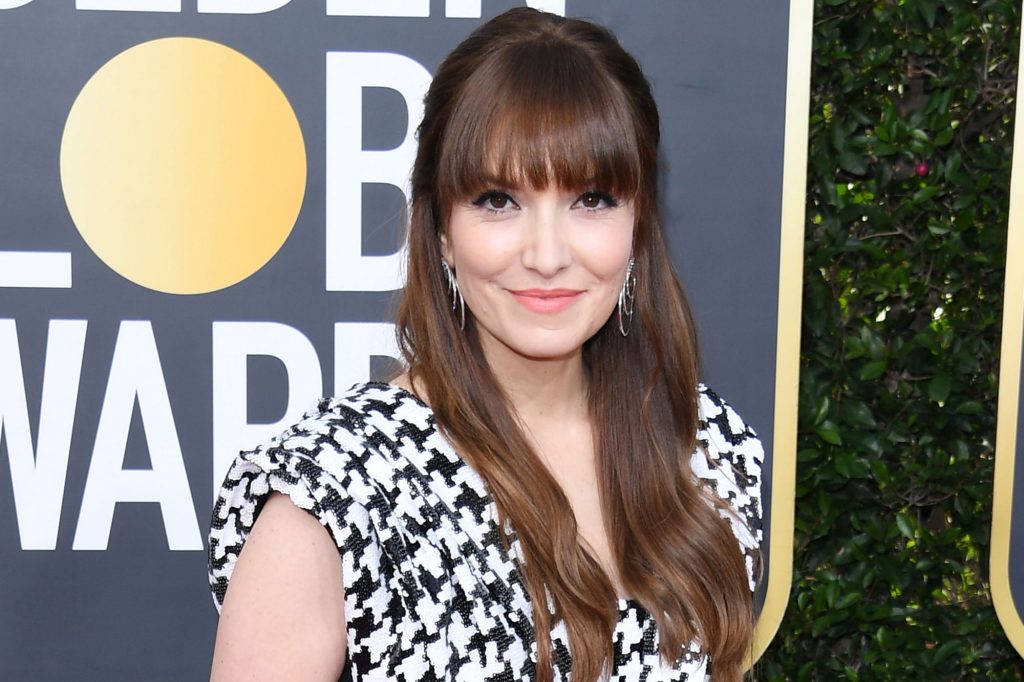 Who is Lorene Scafaria?

A producer, screenwriter, playwright and actress, Lorene Scafaria is perhaps known best for her work as the writer and director of the 2019 movie “Hustlers“, which brought her numerous nominations, including the Film Independent Spirit Award for Best Director.

Some of her notable works have been “Seeking a Friend for the End of the World“ and “The Meddler“, while her most notable role was her portrayal of Lee in the mystery drama “Coherence“, also starring Nicholas Brendon, Emily Baldoni and Maury Sterling.

Lorene Scafaria was born under the zodiac sign of Taurus on 1 May 1978, in Holmdel Township, New Jersey USA; she holds American nationality, although she comes from a family of Italian and Canadian descent.

She was raised in her hometown, by her Canadian mother Gail and father Joseph, an immigrant from the Calabria region of Southern Italy. Lorene has one brother, Vincent, who prefers to keep his life away from the media’s attention.

Lorene had an interest in writing from an early age, and by the age of 17, she’d written and staged her debut play. Speaking of her educational background, she attended Holmdel High School, and upon matriculating in 1995, she enrolled at Lafayette College in Easton, Pennsylvania.

After being unable to afford Lafayette’s tuition, Lorene transferred to Montclair State University in New Jersey, from which she graduated in 1999 with a Bachelor’s degree in Arts (English with a minor in theater).

Lorene moved to New York City to pursue her career as a writer, where she wrote and staged the play “That Guy and Others Like Him“, which was performed at the Producer’s Club Theatre.

Her agent had still yet to find her a job, and Lorene sent out queries to 20 different agents to seek representation, and only one responded; the agent asked her to move to Los Angeles, California.

In Los Angeles, she became a roommate with Bryan Sipe, a screenwriter from New Jersey, and the two paired up to write the adventure movie “Legend Has It“, and although Revolution Studios bought the screenplay, in the end, the project was shelved.

In 2005, Lorene was hired by Focus Features, a production company that’s a part of Universal Pictures, and her first assignment was an adaptation of the book “Nick & Norah’s Infinite Playlist“ by David Levithan and Rachel Cohn. The movie was released in 2008, and attracted nine award nominations.

In the following year, Lorene wrote the screenplay for the short movie “1045 Mercy Street“, and then in 2010 wrote the episode “Show Me on Montana“ of the series “Childrens Hospital“.

Her movie “Seeking a Friend for the End of the World“, released in 2012, was nominated for the Academy of Science Fiction, Fantasy & Horror Films, USA Saturn Award for Best Independent Film; lead roles were played by Steve Carell, Keira Knightley and Melanie Lynskey.

In 2015, Lorene wrote and directed the romantic comedy-drama “The Meddler“, starring Susan Sarandon, J. K. Simmons and Rose Byrne, which had six award nominations, including the Alliance of Women Film Journalists Award for Best Woman Screenwriter, and Women’s Image Network Award for Outstanding Film/Show Written by a Woman.

Her newest work was for the musical drama “Under the Boardwalk“, which is announced to be released on 21 October 2022.

Lorene made her acting debut in the 1999 movie “Big Helium Dog“, followed by her role as Abby in “Mayhem Motel“ in 2001. In the same year, she had a support role in the short movie “Bullet in the Brain“, and was seen as Jodi in “A Million Miles“.

Lorene hasn’t been the subject of any rumors and controversies concerning both her love life and her sexual orientation, mostly because she kept her private life under wraps.

Sometime in 2013, it was revealed that she is in a long-term relationship with Bo Burnham, and the circumstances of their meeting are unknown since they both prefer to keep their personal matters secret.

As of August 2022, Lorene is still dating Bo, they live together, but aren’t married. She hasn’t been married or engaged before, and doesn’t have children.

According to sources, as of August 2022, her net worth has been estimated at $3 million, and most of the income she’s earned is thanks to her work as a writer.

Who is Bo Burnham?

Robert Pickering ‘Bo’ Burnham is a writer, producer, comedian and actor with over 15 acting credits to his name; he’s perhaps known best for his roles in “American Virgin“, “Hall Pass“ and “Promising Young Woman“.

He was born under the zodiac sign of Leo, on 21 August 1990, in Hamilton, Massachusetts USA, thus he holds American nationality, and his ethnicity is White.

As a teenager, Bo was a big star on YouTube, and his channel has been subscribed to by over three million people; he was known for his songs, which were related to white supremacy, homosexuality, religion, and more. When he was 18, he performed stand-up on Comedy Central Presents, making him the youngest person to do so.

Speaking of his personal life, there is no information regarding his previous relationships, and after it was revealed that he’s dating Lorene, most of the comments were about the age difference, since Bo is 32 years old, and she’s 12 years older than him.

It seems that this doesn’t bother the couple, nor is their height difference a problem for them, although it was often commented on since Bo is 6ft 6ins (1.99m) tall.