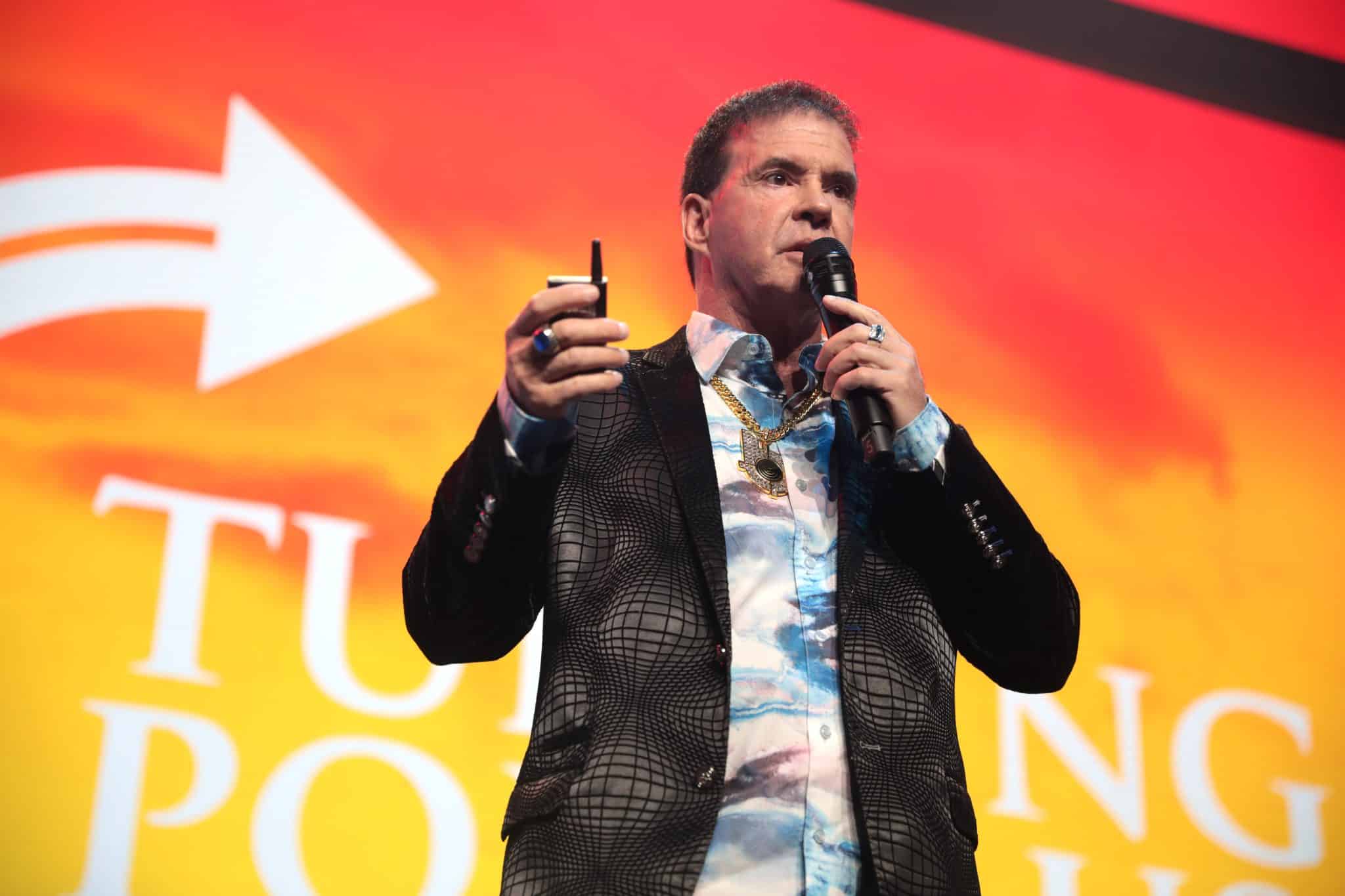 Jack Owoc is an American businessman, and the Chief Executive Officer of Vital Pharmaceuticals which produces the energy drink ‘Bang Energy.’ He is, perhaps, known best for his controversial social media presence and loud personality.

Jack Owoc was born on 15 June 1961, in the USA. He hasn’t revealed his birthplace, neither has he shared much information about his parents, including their names, but in one of his interviews, he mentioned that he learned a lot about doing business from his father. It’s unknown whether he has any siblings or not. He is a Christian.

Little is known about his childhood, but according to his LinkedIn profile, he acquired higher education at Nova Southeastern University in Florida, USA. He also lists two other universities, Florida Atlantic University and Florida International University, however, it’s unknown whether he graduated from these universities or not. It’s also unclear whether he holds an official degree in science or not.

In his interviews, Jack repeatedly stated that he taught six different science disciplines for nine years. During this period, he worked in eight schools because he was fired frequently, which according to Jack himself, was because of his leadership qualities – he would disagree with principles when he saw inadequate management, and so was fired as a result.

Even though Owoc often emphasizes his scientific background, there’s no evidence that he actually worked as a science teacher.

Career as a founder and CEO

He was also a sports nutritionist, and developed diets that included healthy foods and supplements to help his clients lose body fat and gain more muscle. In the process, he discovered that certain manufacturers were lying about their supplements’ ingredients, which sparked his interest in creating his own products. The salary of a teacher wasn’t enough to start a new venture, so he opened a vitamin store called Vita House where he sold supplements from popular brands.

In 1993, Jack founded Vital Pharmaceuticals, Inc., otherwise known as VPX, to release high-quality nutritional supplements and energy drinks that would be backed by science, and wouldn’t contain harmful ingredients; he’s the Chief Executive Officer (CEO) and Chief Scientific Officer (CSO) of the company. The first product VPX released was a creatine supplement, followed by CFM whey isolate. Jack would call out other manufacturers, which increased the popularity of his company.

VPX and its CEO caught public attention multiple times. From 2001 to 2003, people were getting food poisoning from the plant ephedra, which was widely used in the supplement industry. After the death of the athlete Steve Bechler, who was consuming ephedra for weight loss, Owoc commented that he was overweight and exercised in heat, which was the main cause of his death, implying that ephedra was safe for health. However, after the plant was banned, Jack released an ephedra-free energy drink that also helped with weight loss.

VPX is the parent company of Bang Energy. Their most popular product is the energy drink Bang which was introduced in 2012, and is a ‘healthy’ energy drink that doesn’t contain sugars and is made with natural ingredients. It contains a lot of caffeine, which is why it’s not advisable to consume the drink with other caffeinated products. A caffeine-free variation of the drink was released in 2017, which uses beta-alanine for the energy boost.

According to the brand’s website, raw materials are tested in leading labs to ensure the safety of the final product. Jack also claims that the efficacy of Bang Energy drinks and sports supplements is backed by ‘27 double-blind placebo-controlled Gold Standard University studies’.

In 2019, the company expanded and opened a new facility in Phoenix, Arizona USA. In 2020, PepsiCo became the exclusive distributor of Bang Energy, however, the companies had a public disagreement, consequently, Bang Energy transitioned from PepsiCo in 2022. It was rumored that Keurig Dr. Pepper was going to buy Bang Energy, but in August they released a statement claiming that they aren’t interested in purchasing the brand at the moment.

Career as an author

Jack Owoc is currently working on his book “Bang Anti-Diet” in which he discusses the existing myths about sports nutrition and dieting. In 2021, he announced that the book would be released soon, however, it has yet to come out. According to his YouTube Vlog, he’s working on the final edits of his book.

Career as a social media personality

In 2022, Owoc launched a YouTube channel with his family, called Bang Energy Family. They post reality-show-style videos that are supposed to depict their everyday lives, and ‘inspire’ their audience to raise healthy children.

Jack Owoc has been married to Meg Liz Owoc since 25 February 2012. Their story began when Meg started messaging Jack on Facebook, actually texting him for seven months before he replied, after which they started dating. They have five children: Chantal, Calvin, Adaria, Ariella and Carrington.

Meg is a marketing specialist who works as the Senior Director of Marketing at Bang Energy. She has a handmade and reversible swimwear line Meg Liz Swim, which she designs herself.

Jack Owoc is 61 years old, and has brown hair and brown eyes; his exact measurements are unknown. He loves wearing vibrant colors and patterns, frequently appearing in blazers, classic trousers, and floral shirts. He also likes accessories such as rings and chains. Jack always wears a golden pendant with a Bang logo.

As of late 2022, Jack Owoc’s net worth is estimated at close to $124 million; his main source of income is his company VPX. In 2019, Jack and Meg purchased Southwest Ranches home in Florida USA for $7.7 million; it’s unknown whether Owoc owns any other real estate properties.