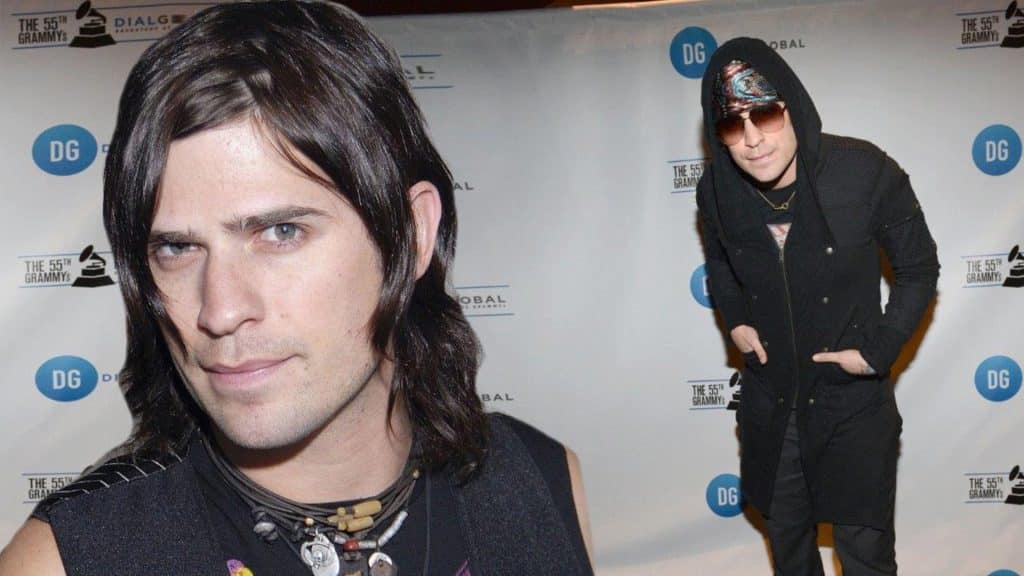 Who is Austin Winkler?

American singer-songwriter Austin John Winkler was born in Oklahoma City, USA on 25 October 1981, under the zodiac sign of Scorpio. He’s perhaps best known for having once been the lead singer of the rock ‘n’ roll band Hinder, while he then began working on his solo career, and launched it with the release of his debut extended play (EP) “Love Sick Radio” on 22 April 2016.

Austin was raised in Oklahoma City by his parents, but as he respects their privacy and rarely speaks of them, not a lot is known about his mother and father; it’s believed that his mother was a psychologist, and his father a doctor. It’s also believed that he’s an only child as he hasn’t mentioned any siblings.

Austin became interested in music while attending a local high school in Oklahoma City, and was a member of a rock ‘n’ roll band together with his peers; they had no original songs, but rather covered popular songs of bands such as Aerosmith, AC/DC and Guns N’ Roses.

He matriculated in 2001, and in the same year formed Hinder together with drummer Cody Hanson and guitarist Joe ‘Blower’ Garvey, thus not enrolling at college but pursuing a career in the music industry.

The boys had no original songs until they hired guitarist Mark King and bassist Mike Roden in 2003, and they then recorded their first songs “Worthless Home”, “Broken” and “Someday”; their debut EP “Far From Close” was released in 2003, and sold over 5,000 copies.

Following the success of the EP, the band was invited to sign with a couple of record labels, and they chose Universal Records in 2005. Their debut album “Extreme Behavior” came out in the same year, and was certified platinum thrice by the Recording Industry Association of America (RIAA).

Their single “Get Stoned” came out in October 2005, and was followed by “Lips of an Angel” which charted in five countries, while their following single “How Long” peaked at #6 on the Billboard Hot Mainstream Rock Tracks chart.

3 Years Sober this week. I feel fantastic and so grateful to be here. My Family and you guys are what helps me everyday….

The band’s second album “Take It to the Limit” was released on 4 November 2008, and peaked at #4 on Billboard 200; their third album “All American Nightmare” followed on 7 December 2010, and their fourth “Welcome to the Freakshow” on 4 December 2012.

It was announced on 10 July 2013 that Austin would stop touring with the band as he’d entered rehab, while it was revealed on 20 November of the same year that he’d actually quit Hinder; the band’s since released two albums: “When the Smoke Clears” in 2015 and “The Reign” in 2017.

Austin was featured in the American rock ‘n’ roll band Tantric’s songs “Bullet” and “Fault” in 2013, and he revealed in the following year that he’d signed a contract with Universal Music Group.

His debut EP “Love Sick Radio” comprised six songs, and he then revealed that he was working on his debut studio album, which was to be released in 2017, but was postponed.

Austin embarked on a tour around the USA in 2017, together with Autum Rove and Smile Empty Soul, and then spent two years away from music, focused on spending time with his family, and taking care of his mental health.

It was only in March 2020 that Austin revealed that he was once again working on his debut album, and he hosted his first “Demo Slumber Party” on Instagram in the same month; the event featured him singing several of his full-length demos.

His new single “SuperJaded” was released, together with its official music video, on 21 January 2022, and it’s since been watched nearly 150,000 times on YouTube. Austin revealed on 5 March 2022 that he was working on new music, and released his long-awaited song “Phoneline to Heaven” on 25 March 2022 – he’d previously shared the song with his fans on Instagram back in 2014.

Most recently, on 24 June 2022, Austin released his single “American Dreams”, and it’s since been listened to over 35,000 times on YouTube.

Austin met American actress and model Jami Miller in 2005, while Hinder was shooting a music video for their version of the song “Born to be Wild”. Austin and Jami became engaged in the second half of 2007; their engagement party was held on 21 December 2007, when Austin was also arrested for driving under the influence.

Austin and Jami married in Hawaii on 30 July 2008, but separated in 2014, eventually filing for divorce in December 2015. Austin agreed to share his rights to Hinder songs with her, with the only exception having been the song “Lips of an Angel”; he was allowed to keep the property which he’d purchased, as well as his Infiniti SUV.

He then dated American singer Sophie Summers, but they split sometime in 2018.

Austin hasn’t spoken of other girls whom he’s perhaps dated, and seems to be unattached as of September 2022, was once married to Jami Miller, and doesn’t have children.

Austin’s revealed that his abuse of alcohol led to liver and kidney failure in 2019, and that he had to undergo dialysis for close to a year in 2019 and 2020; he had to spend three months at the hospital, to re-learn to walk, and was told by the doctor that he was five days away from dying.

Austin’s active on Instagram, and has posted nearly 30 pictures and videos onto the social media network, while there are today close to 20,000 people following him.

He’s a fan of tattoos, and both his arms are nearly entirely inked.

Austin works out at the gym nearly every day, and has been following a healthy diet since he stopped drinking alcohol in 2019.

His favorite actors are Bruce Willis and Al Pacino, and some of his favorite movies are “Red 2”, “Tears of the Sun” and “Midnight in Switchgrass”.

Austin’s net worth’s been estimated at over $3 million, as of September 2022.