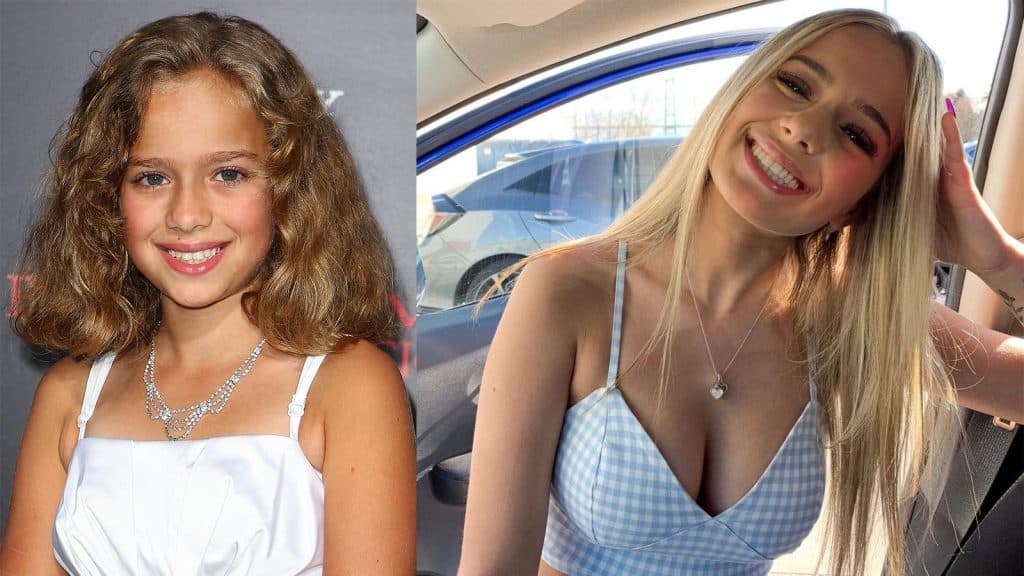 Who is Aryana Engineer?

Canadian actress Aryana Engineer was born in Port Moody, British Columbia, Canada, on 6 March 2001, under the zodiac sign of Pisces. She has four acting credits, and is probably best known for her portrayal of Becky in the popular 2012 action science fiction horror movie “Resident Evil: Retribution”, written and directed by Paul W. S. Anderson, and which starred Milla Jovovich, Michelle Rodriguez and Sienna Guillory. It follows Alice and the resistance as they’re fighting to stop a testing facility from conducting experiments on humans; the movie won two of its eight award nominations.

Navruze and Anne-Marie Engineer raised their daughter Aryana in Port Moody, alongside her brother; the girl was born partially deaf, and it worsened over time. It’s believed that Navruze’s an entrepreneur, and that he’s today the CEO of his own company, and that Anne-Marie’s a college professor.

In 2007, Aryana’s neighbor Brenda Campbell saw her use sign language to talk to Anne-Marie, and as Brenda was also a talent agent, she contacted the producers of the movie “Orphan”, knowing that they were searching for a girl with blonde hair who could use sign language; the movie script described Aryana’s character Maxine ‘Max’ Coleman as ‘inimaginably cute’, and the director Jaume Collet-Serra agreed that Aryana was perfect for the role when he saw her perform.

The critically acclaimed mystery horror thriller “Orphan” was released in 2009, starred Vera Farmiga, Peter Sarsgaard and Isabelle Fuhrman, and follows a married couple who’ve adopted a nine year old girl, as a way to cope with the loss of their own baby; the movie won one of its seven award nominations. As Aryana was five and six while shooting for the movie, she believed that it was all just a game during the entirety of its making.

She attracted quite a lot of attention with her role in “Orphan”, and was thus invited to appear in a commercial for the Winter Olympics in 2010, while she and her brother represented Canada at the opening ceremony.

Aryana studied at a special high school attended by other deaf children, and she matriculated in 2019; it’s believed that she hasn’t attended college.

Aryana’s appeared in only two other movies – she starred as Belinda in the 2015 short family drama “Dreaming of Peggy Lee”, written and directed by James Everett, and which also starred Will Palmer and Beth Winslet. It follows two children who’ve escaped from their care home so that they could listen to music at a jazz club in ‘40s London, England; the film won five of its nine award nominations.

The following year saw Aryana reprise her role as Becky in the action science fiction horror “Resident Evil: The Final Chapter”, also written and directed by Paul W. S. Anderson; it starred Milla Jovovich, Iain Glen and Ali Larter, and follows Alice who’s preparing for a fight against the Umbrella Corporation at The Hive in Raccoon City. The movie won two of its five award nominations.

There are more than 25,000 people following Aryana on Instagram, while she’s uploaded only 23 pictures onto the social media network; nearly all of these feature her spending time with her friends.

Her Twitter account was launched in October 2013, and is today followed by more than 2,700 people, while Aryana’s tweeted nearly 800 times, most recently on 17 June 2018, when she uploaded a picture taken during one of her photoshoots.

She’s also active on Facebook, and her page’s followed by more than 15,000 fans; her most recent update was on 13 July 2018, when she uploaded a picture featuring her and her friend.

Aryana’s TikTok account’s followed by more than 4,200 people, while it numbers close to 15,000 likes of all her videos combined.

Aryana stays away from media attention when not shooting for movies or TV series, and avoids sharing the details of her love life with the public.

It’s rumored that the popular actress is lesbian, and there’s a specific girl with whom her fans believe that she’s in a relationship; Aryana’s uploaded many pictures with the girl in question onto her Instagram account, but while some believe that they’re romantically linked, others have claimed that they’re probably just friends. Aryana’s yet to address these rumors.

It’s also believed that she’s in a relationship with a non-celebrity Canadian boy, but that they both prefer to keep it hushed; this hasn’t been confirmed, either.

Aryana seems to be unattached as of September 2022.

Aryana’s favorite season’s summer, as she enjoys wearing her favorite cowgirl outfit. She’s into fashion, and reads a variety of fashion magazines on a daily basis.

She loves being in nature, especially close to the ocean and deep in the woods, which is probably why summer’s her favorite season.

Aryana’s taking good care of her physique, as she works out at the gym multiple times every week, and also plays tennis, practices yoga, and runs nearly every morning.

She enjoys going to clubs with her friends, and her favorite music genres are pop and rock ‘n’ roll.

Aryana’s favorite actor and actress are Matt Damon and Angelina Jolie, while some of her favorite films include “Stillwater”, “The Last Duel” and “Jason Bourne”.

She’s a huge lover of animals, and occasionally volunteered at a local animal shelter in Port Moody during her teenage years.