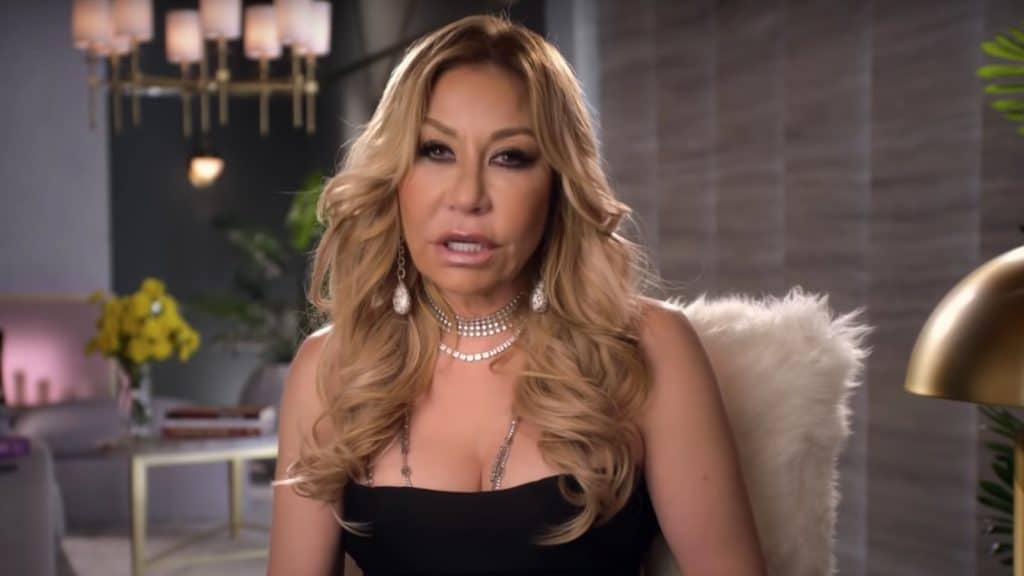 About Anna Shay from Bling Empire: Age, Net Worth, Husband

Who is Anna Shay?

Anna is a Japanese-American socialite and philanthropist, probably best known to the world as the heiress of the vast Shay empire, built upon the success of Pacific Architects and Engineers (PAE), a defense company founded by her late father, Edward Shay. Anna is now a star of the Netflix-produced reality TV series “Bling Empire”.

Anna Shay was born on 31 December 1960, in Tokyo, Japan, to Edward Shay, the man behind the company that had clients in the US Department of State, United Nations, Central Intelligence Agency, New Zealand Defense Force, and UK Ministry of Defense, and his wife Ai Oizumi. Her parents met when her father was stationed in Japan during the early ’50s. Both of her parents are now deceased; her father passed away in 1995, while her mother died in 2015. Anna is of Russian and Japanese ancestry, and spent her childhood with her older brother Allen E. Shay.

Her parents were very protective of the two, as her father dealt in a rather controversial branch of industry, collaborating with various governments, which spawned a few personal enemies.

Luckily, she had no use of the bodyguards her father assigned her, as all went smoothly during her childhood, and she never experienced any dangerous situations. While growing up, she split time between California and Tokyo, and is very proud of her Japanese roots. Moreover, she’s spoken highly of her parents, saying they are her heroes, having taught her actual life values of honor, principles, loyalty, respect, and morals.

She attended a private high school in California, after which she enrolled at the University of California. Still, she hasn’t disclosed which field she studied, and whether she obtained a degree.

After her father’s death in 1995, her older brother took over the PAE. He led the company as its chairman and CEO until 2006, when Anna and Allen agreed to sell the company, to Lockheed Martin for a whopping $1.2 billion.

The two split the money, and Anna Shay’s net worth is currently estimated at $600 million, making her the wealthiest “Bling Empire” cast member.

She’s said that at first she didn’t cash out cheques she received from the show, which got her into trouble. She was forced to cash them and has put the money in the savings account. Some of her luxurious possessions include a lavish diamond jewelry collection, and a five-bedroom mansion.

#BlingEmpireNetflix reminded me of my ex-bosses' kids and the reason why I left that material world for academia. Nonetheless, @annashayyy is my Queen. This woman is gold! pic.twitter.com/j3vj8poVDF

Anna was living a rather private but luxurious life all this time, without a need to expose herself to the spotlight; she’has even claimed to be shy when the camera turns the blinking red button. However, her close friend Jeff Jenkins, who is at the same time a prolific TV producer, convinced her to come and try herself in the reality TV series, as she fit the profile perfectly.

The producers were looking to create a ‘Crazy Rich Asians’-like reality TV show, that will follow East Asian, South-East Asians, and South East Asian-Americans who are based in the Los Angeles area – being the heiress of the large company, Anna was a perfect fit.

Not being molded like the modern-day influencers, Anna has brought her matriarch personality to the show, which made her a star in her own right. Despite not loving the camera and saying that it was pretty hard getting accustomed to being filmed, Anna is now enjoying her time in the show.

In addition to Anna, the “Bling Empire” cast includes, among others;

The “Bling Empire” premiered on 15 January 2021 to rave reviews, apparently because of the unique cast, as the Asian American cast brings another layer of cultural variety and intrigue.

The second season of the popular show had its premiere on 13 May 2022, while the third season is being filmed and scheduled to premiere on 5 October 2022.

Relationships on the Show

The ‘Bling Empire’ breakout star has spawned a couple of controversies, including the feud with Kane Lim. Lim claimed that Anna’s father sold defense technology and guns, and Anna confronted him by saying that his claims weren’t valid.

The fans have all berserk over the Anna/Christine feud. The two had been good friends for years before the show, and started like that. However, a toxic relationship began brewing as the show developed, with negative comments and jokes being tossed between the two divas. The fans have been enjoying the whole thing, and are looking for more.

When asked about Christine’s behavior, Anna has politely stated that she just answered Christine’s remarks and that when the cameras are off, they are still on good terms.

Moreover, she has said that she has befriended others of the cast, including Cherie, her daughter, and Kane, among others.

Anna has given a hefty amount of her wealth to the community. She’s a board member of the George Lopez Foundation, raising awareness of kidney disease, helping raise funds for research and the people suffering from this chronic disease.

Moreover, Anna is the director of the Shay Foundation launched by her late parents, which is a non-profit organization that focuses on bringing quality education and a better lifestyle to underprivileged children.

Anna has been very secretive about her personal life; she hasn’t revealed too much despite being a star of the reality TV show. However, she has said that she’s been married four times, but went forward to say that all divorces were amicable splits.

From these relationships, Anna has a son, Kenny Kemp, who is now in his late 20s. According to reports, Kenny is a huge cannabis enthusiast, and owns a stunning collection of unique bongs valued at over $500,000.