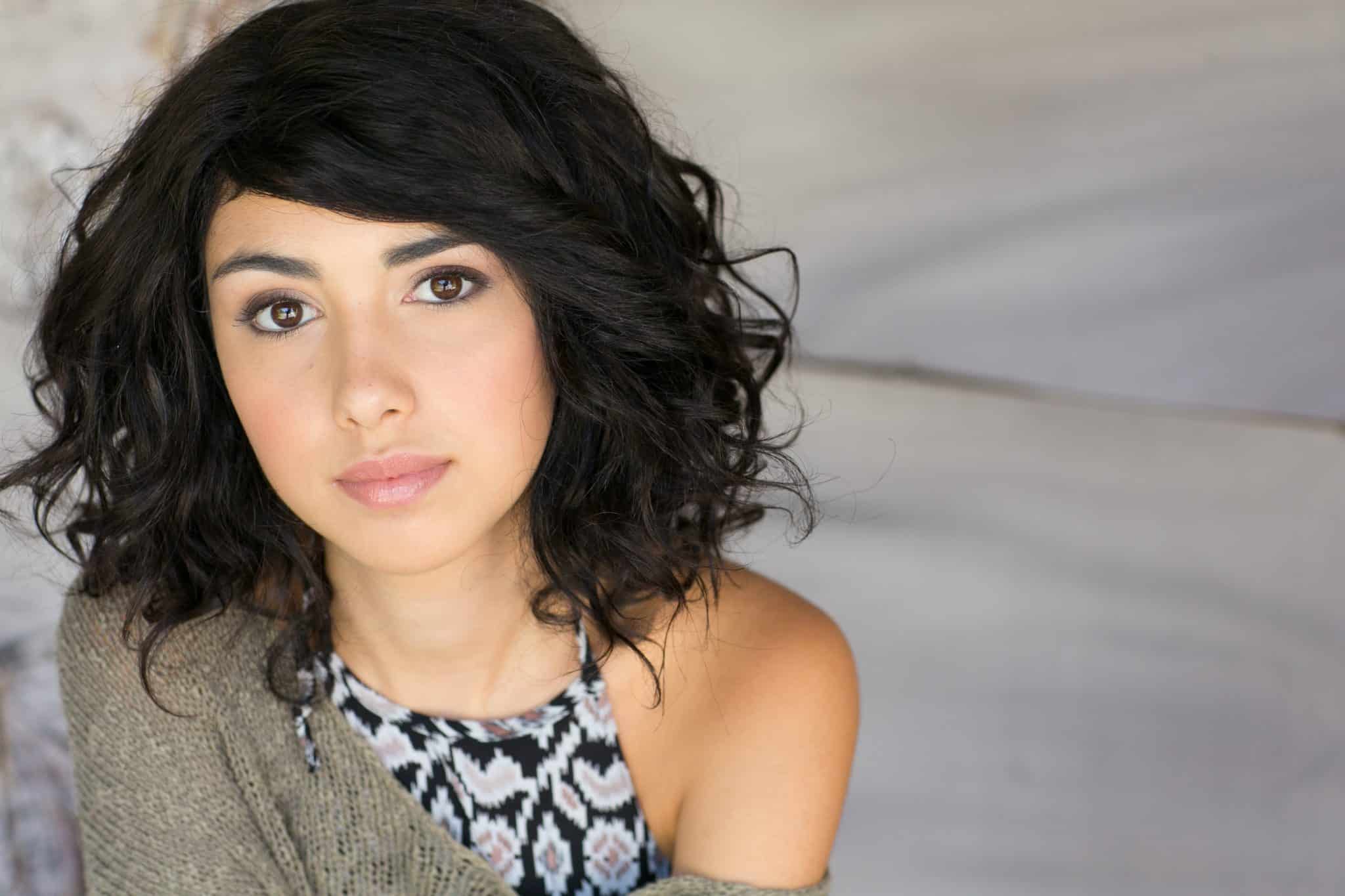 Who is Alexa Mansour?

Mansour is an American actress, probably best known to the world as Erica Dunne in the film “Unfriended: Dark Web” (2018), and as Hope Bennett in the TV series “The Walking Dead: World Beyond” (2020-2021), in addition to several other prominent roles that she’s secured so far in her career.

Alexa Mansour was born on 18 May 1996, in Los Angeles, California, USA. Of Egyptian and Mexican ancestry, she is the daughter of Zaki and his wife Luzelba Mansour. Alexa has a younger sister, Athena Mansour.

She attended the Lee Strasberg Theatre and Film Institute, and later honed her acting skills at Bobby Gene Actors Clubhouse.

Alexa’s mother, Luzelba, was an actress in her time, and the lead star in the TV series “Rica, Famosa, Latina”, and Alexa looked up to her from an early age. She desired to become an actress, and at just five years old, Alexa signed a contract with Ford Modeling agency and enjoyed a pretty early stint of glitz and glamour as a child model, gracingd the cover pages of various magazines, and appearing in print ads for differing brands.

This was an excellent introduction to her acting career; at 18 years old, Alexa made her debut as Luna Garcia in the popular Primetime Emmy Award-winning TV crime-drama series “Law & Order: Special Victims Unit” (2014).

Two years later, Alexa portrayed Faiza Assaf in another Primetime Emmy Award-winning series, the mystery crime-drama “How to Get Away with Murder”, starring Viola Davis, Billy Brown, and Jack Falahee, and the same year, she starred as Zoey in the television sci-fi action-thriller movie “Earthtastrophie”, co-starring Andrew J Katers and Tonya Kay.

In 2017, Alexa made a minor appearance in the popular TV comedy crime-drama series “Bull”, which starred Michael Weatherly, then made her film debut with the role of Tete in the romantic drama film “Loco Love”, with Jaime Aymerich, Melany Bennett, and Evan Deverian in the lead roles. Furthermore, in the same year, she appeared in the horror mystery film “Stephanie”, which starred Shree Crooks, Frank Grillo and Anna Torv.

Alexa struggled to get a prominent role in the early years of her career; in 2019, she was Farhana Nabi in the TV series “Madam Secretary”, but she appeared only in one episode, however, in 2020, she made her breakthrough with the role of Hope Bennett in the post-apocalyptic horror-drama series “The Walking Dead: World Beyond” (2020-2021), the spin-off from “The Walking Dead”. With Julia Ormond and Nicolas Cantu, she starred in all 20 episodes of the award-winning series that focused on the first generation of teenagers growing up under the zombie apocalypse.

The series received mixed reviews, while Alexa was highly praised for her work, identified as a star in the making.

Together with American Songwriter we had the pleasure of interviewing Alexa Mansour over Zoom! Alexa Mansour is a television actress currently starring as Hope on AMC’s The Walking Dead: World Beyond and she starred in the buzzy, social media-driven genre feature UNFRIENDED: DARK WEB from director Stephen Susco. Growing up, performing was one of her edges that eventually progressed to creating and performing music. One of her breakthroughs is Undress Me, directed by Tatia Pilieva which garnered over 40 million views on YouTube alone. Once an aspiration, Alexa Mansour eventually pursued her dream of becoming a musician. It was her first love and pursuing it led her to play and release her debut single Can’t Stop Myself released early of October this year. https://www.youtube.com/channel/UCYIbPBBODgPDyAS0VSuXpHQhttps://www.instagram.com/alexamansour/?hl=enhttps://twitter.com/AlexaMansourhttps://www.facebook.com/TheAlexaMansour/ We want to hear from you! Please email Tera@BringinitBackwards.com.www.BringinitBackwards.com#podcast #interview #bringinbackpod #foryou #foryoupage #stayhome #togetherathome #zoom #aspn #americansongwriter #americansongwriterpodcastnetworkListen & Subscribe to BiBFollow our podcast on Instagram and Twitter!

Posted by Bringin' It Backwards on Wednesday, October 7, 2020

Next, she was selected for the role of Emma ‘Emmanence’ Resnick in the TV comedy series “Players”, starring Misha Brooks, Da’Jour Jones and Ely Henry. The series premiered on 16 June 2022 to mixed reviews, but the second season has been announced, with Alexa returning to the show.

To further discuss her accomplishments, Alexa is currently working on several projects, including the short film “Kim and I”, in which she will star alongside Hayden Ezzy and Thomas Wayne Ers. The film is completed, but there’s no premiere date set yet.

Moreover, she is set to star in the thriller-drama film “Devonshire”, next to Richard Brake and Robert McCrea, and will appear in the action-drama film “Civil War”, which will star Sonoya Mizuno, Kirsten Dunst and Wagner Moura.

She is also working on the upcoming TV drama series “Avalon”, in which Alexa will star with Neve Campbell and Steven Pasquale. The series is filming, and scheduled for its premiere later in 2022.

In addition to acting, Alexa is also a musician; she’s a skilled pianist, and has released one EP, entitled “Turbulence”, which has spawned such hits as “Baggage”, “Can’t Stop Myself”, and “Misguided”, among other hits.

As of mid- 2022, Alexa Mansour’s net worth has been estimated at close to $1 million, earned through her successful career as an actress, during which she’s appeared in 20 film and TV titles.

When it comes to her personal life, Alexa doesn’t talk much about it, preferring to stay out of the spotlight and keep things private. It’s known that she was dating Christian Anthony of Chase Atlantic fame from 2017 to 2019, but since then, there’s been no news about her dating life, and she seems entirely focused on her rising acting career.

The prominent actress has black hair, though she sometimes dyes it in differing colors including blonde, and has brown eyes. She stands at a height of 5ft 6ins (1.68m), while she weighs approximately 120lbs (54kgs), with vital statistics of 30-23-30, bra size 30B.

Alexa is very proud of her mixed heritage. Her diverse upbringing has made her fluent in English, Spanish and French languages.

She’s learned how to play the piano, and now writes her own lyrics and records her own music.

An avid traveler, Alexa has visited Puerto Rico and some other exotic countries, while she’s also been to Miami, Florida, New York City, and other USA states.

Alexa’s sister, Athena, was charged as an accomplice in an attempted murder case, alongside her boyfriend Saalih Mousa, and for animal cruelty. Her bail was set for $500,000.