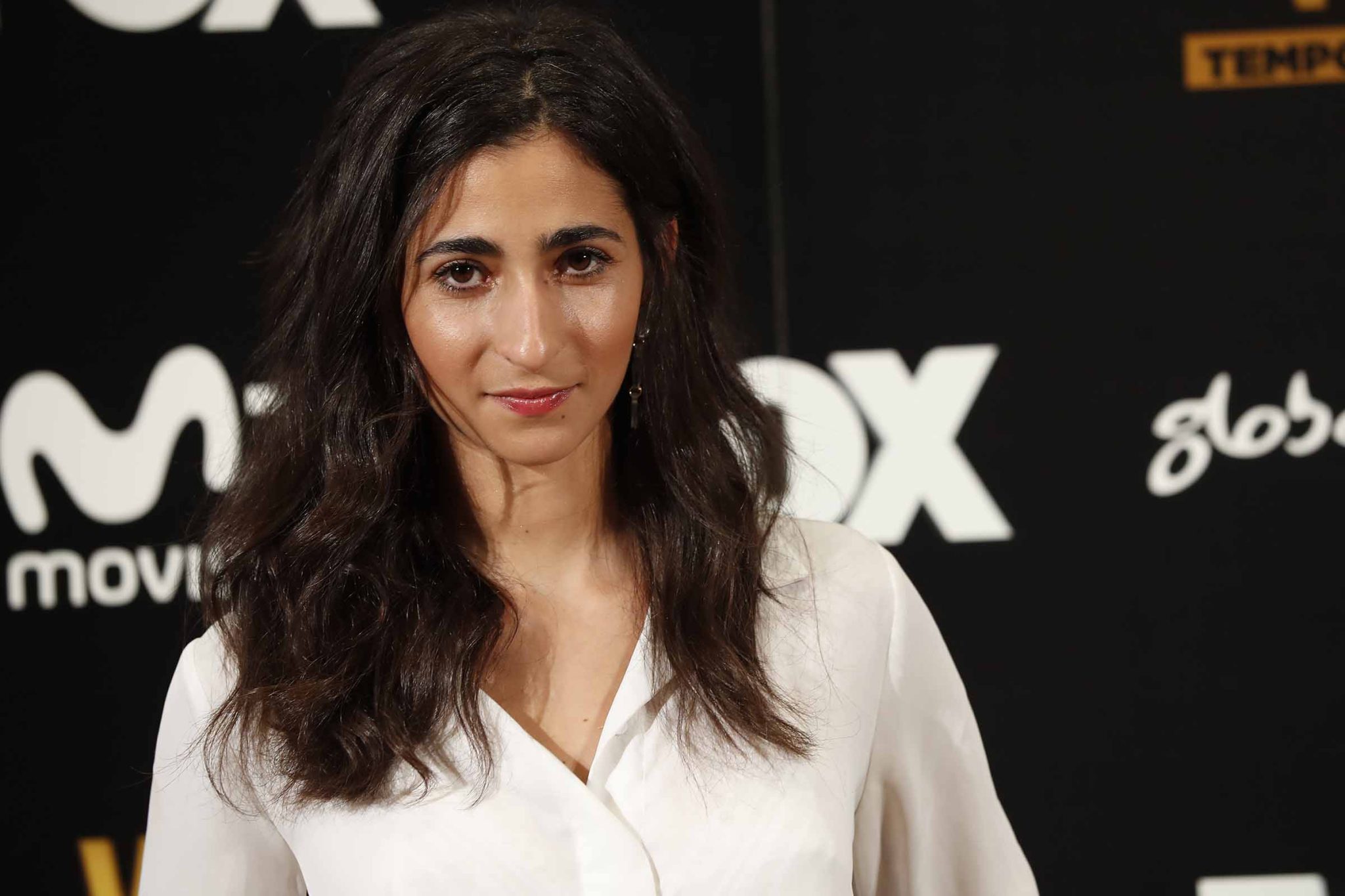 Who is Alba Flores?

Alba is a Spanish actress, probably best known to the world as Nairobi in the critically acclaimed series “Money Heist” (2017-2021), and as Lola in the TV series “Queer You Are” (2021), in addition to several other roles that she’s secured so far in her career.

Alba Gonzales Villa was born on 27 October 1986, in Madrid, Spain, the daughter of musician and composer Antonio Flores, while her mother is Ana Villa, a theatrical producer. She comes from a family of gitano actors and musicians – her grandmother is Lola Flores, a legendary Spanish actress, bailora, and singer, known as “La Faraona”, her aunts are Lolita Flores and Rosario Flores, renowned Spanish singers, and her cousin is actress Elena Furiase.

Her grandfather was Antonio Gonzales, ‘El Pescaílla’, of Gitano ethnicity, a singer and guitarist regarded as one of the fathers of Catalan Rumba.

To speak of her educational background, Alba started dramatic interpretation studies at the age of 13, and added piano performance to her skills.

Alba started her professional career in 2005 with the role of Amaya in the award-winning comedy film “El Calentito”, written and directed by Chuz Gutierrez and starring Veronica Sanchez, Macarena Gomez and Juan Sanz.

In 2007, Alba featured in the TV comedy-drama series “El Sindrome de Ulises”, starring some of the most popular Spanish actors, including Miguel Angel Munoz and Nancho Novo.

After her initial roles, Alba joined the Corazza Acting Studio to study acting under one of the most renowned coaches, Juan Carlos Corazza, one of whom’s past students was Academy Award-winning Spanish actor Javier Bardem.

Alba returned to acting in 2013, with the main role of Jamila, a Moroccan servant in the award-winning historical adventure drama series “The Time in Between”, co-starring Adriana Ugarte, Mari Carmen Sanchez and Tristan Ulloa, among others.

In 2014, she guest-starred in the TV series “Cuentame”, while in 2015, she first appeared in the award-winning romantic drama film “The Memory of Water”, written and directed by Matias Bize and starring Elena Anaya, Benjamin Vicuna, and Nestor Cantillana, and was then chosen for the lead role of Saray in the TV series “Vis a Vis”, starring in all 40 episodes of the critically acclaimed series until 2019, which launched her to national stardom. Furthermore, the role won her Spanish Actors Union award in the category for Television: Supporting Performance, Female (Secundario TV – Categoría Femenina).

While working on “Vis a Vis”, Alba’s popularity soared, and she was noticed by a number of casting producers and directors. One of these producers was Alex Pina, who was with her on “Vis a Vis”, and he asked her if she would join him in the new show “La Case de Papel”, popularly known as “Money Heist”. Alba accepted, and Pina wrote the character just for her, as one of the robbers, known as Nairobi, a quality manager in the group of the bank robbers.

Thanks to the show’s enormous popularity, Netflix acquired the Global Streaming rights of the show in 2017, and the series received additional episodes.

Alba’s character grew over the seasons, and she became one of the most important members of the team, featuring in 36 episodes of the critically appraised series, and winning a number of prominent awards, including the Iris Award in the category for Best Actress, and three Feroz Award nominations, all in the category for Best Supporting Actress in a Series, in 2017, ‘18 and 2020.

In 2021, Alba worked on the TV series “Queer You Are”, a coming-of-age story about a boy unsure about his sexuality, with Carlos Gonzales, Gabriel Sanchez and Candela Pena in the lead roles.

She starred in the drama film “Las Cartas Perdidas”, which tells the story about several women who were in exile or imprisoned during the Civil War. The film was based on the letters these women left behind, and was written and directed by Amparo Climent.

Alba is now working on the upcoming TV drama series “Sagrada Familia”, which is currently in post-production, though the release date is yet to be set.

In addition to her extensive on-screen career, Alba has shown her acting skills on stage. Her debut was in the 2005 play “Honeymoon in Hiroshima”, as a part of the performing arts school she attended.

As of mid- 2022, Alba Flores’s net worth has been estimated at $3 million, earned through her successful career as an actress, during which she’s appeared in more than 15 film and TV titles, as well as on the stage.

When it comes to her personal life, Alba rarely talks about it, however, she’s openly lesbian. She came out years prior to making international acclaim, but hasn’t talked much about her past affairs. However, it is known that she dated Spanish singer and actress Ondina Maldonado.

According to reports, Alba is now single, and focusing on her acting career.

Alba has supported the Feminist Anti-War Resistance, a group of Russian feminists founded in February 2022 in protest against the Russian invasion of Ukraine, by being one of 151 international feminists singing “Feminist Resistance Against War: A Manifesto” in March 2022.

Alba is a vegetarian, and has supported the Latin division of People for the Ethical Treatment of Animals (PETA), stating that the animals should be left off the plate.

Alba recorded the song “No Puedo Enamorame De Ti”, written by her father, and used for the soundtrack of the film “Al Final Del Camino” (2009).