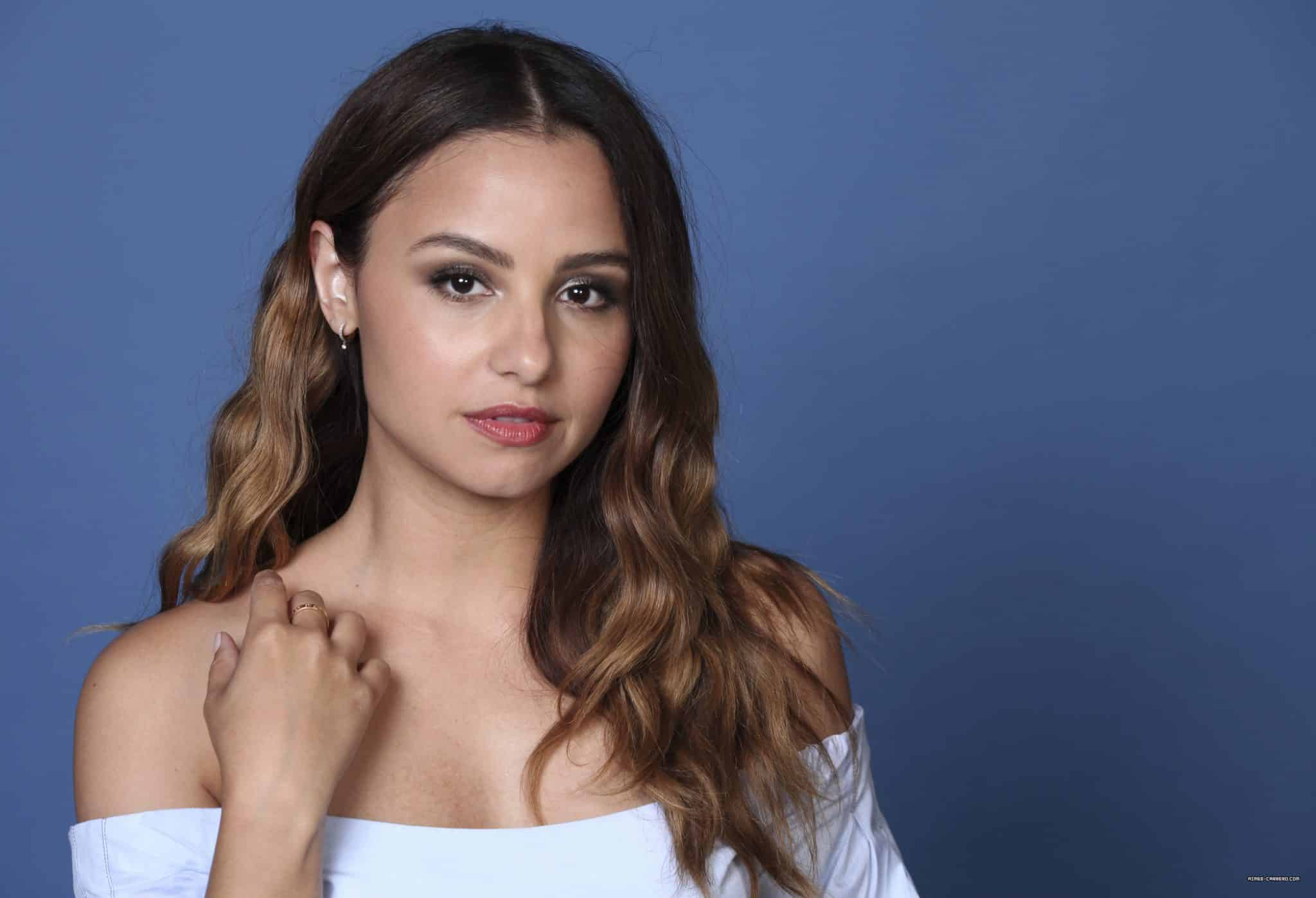 Aimee Carrero is a Dominican actress, perhaps known best for her portrayals of Angie in “Level Up”, and Sofia Rodriguez in “Young & Hungry”. She is also a successful voice actor, actively engaging in various projects and endeavors.

Aimee Veronica Carrero Vila was born on 15 July 1988, in Santo Domingo, Dominican Republic – her mother, Mary Carrero, is Dominican, while her father, Rodney Carrero is Puerto Rican. The actress grew up in Miami, Florida USA.

Aimee debuted in her acting career by appearing in short movies. In 2007, she played the role of Eva Stroheim in the film “The Essential Man”, and Alexandra in “Category 4”. In 2009, she became a member of the live-action cast in the animated musical comedy movie “Alvin and the Chipmunks: The Squeakquel”. During the same year, she made episodic appearances in three TV series: “Hannah Montana”, “Lincoln Heights” and “The Mentalist”.

In 2011, Aimee landed her breakthrough role when she was chosen to portray Angie Prietto in the television movie “Level Up”, which centers around four teenagers who play a video game and battle the villain Maldark. The game gets released to reality, forcing the teenagers to use their superpowers to transport the characters back into the video game. The movie was the pilot for the TV series of the same name, which was released in 2012 and starred Aimee alongside Gaelan Connell and Jessie Usher. Concurrently, the actress appeared in the made-for-television movie “Blue Lagoon: The Awakening” in which she portrayed Helen – one of Emma’s (the main character) friends.

I added new high quality screencaps of #AimeeCarrero in Blue Lagoon – The Awakening. She looked so young in this! 😊 https://t.co/FVBnvMym5r pic.twitter.com/GgtsObQnib

In 2014, Carrero played the role of Emily in the horror movie “Devil’s Due” and Marie Sinclair in the short film “Obituaries”. During the same year, she appeared in an episode of the TV series “Baby Daddy”, and portrayed Lucia in four episodes of “The Americans”. She also landed the main role as Sofia Rodriguez in the American sitcom “Young & Hungry”, portraying the career-oriented roommate of the main character Gabi, and starring in the show ’til 2018.

In 2015, Carrero played the role of Miranda, a witch bar owner, in the movie “The Last Witch Hunter”. Concurrently, she appeared in the TV series “Blindspot”. In 2018, she played the role of Maritza in the short film “Dylan” for which she won the Jury Award for Best Actress at Cinema at the Edge Independent Film Festival. In 2019, she had a recurring role as Sofia Lopez in the show “The Village”. In 2020, she portrayed Shea in the movie “Wander Darkly”, and Carly in “Holidate”. In 2021, she landed another recurring role in the TV series “Maid”, portraying Danielle – a woman who lives in a domestic violence shelter. She also appeared as Opal in the American actual play web series “Exandria Unlimited”.

As of late 2022, Aimee is involved in several significant projects – she’s starring in three movies: “Mack & Rita”, “Spirited”, and “The Menu”, and also has a guest role as Rosie Molina in the biography drama mini-series “The Offer”. In March, it was announced that Carrero would appear as Patti in the dark comedy thriller series “The Consultant”. From April to May 2022, Aimee performed in the Geffen Playhouse play “Who’s Afraid of Virginia Woolf?”, directed by Gordon Greenberg. According to PlayBill, the play also starred other famous actors such as Calista Flockhart, Zachary Quinto and Graham Philips.

Aimee is also a successful voice actor. The first movie she voiced was the animated television film “Elena and the Secret of Avalor” which is the crossover between “Sofia the First” and “Elena of Avalor” – Carrero voiced Elena who is the first Latina Disney princess. The movie was the pilot of the series “Elena of Avalor” in which Aimee had the lead voice role as Princess Elena. For her work in the series, the actress won the BTVA Television Voice Acting Award for Best Female Lead Vocal Performance in a Television Series in 2018.

From 2018 to 2020, Aimee had another lead voice role in the animated TV series “She-Ra and the Princesses of Power”, voicing Adora/She-Ra who is an orphan raised by the soldiers in the Horde. In 2022, Aimee was the voice of the Hispanic Girl in an episode of the animation “Family Guy”.

Aimee Carrero is married to Tim Rock – according to Harper’s Bazaar, the friends and acquaintances tried to introduce Aimee and Tim two times before they finally met in 2014. They dated for a year and went on a trip to London and Paris on their anniversary. Aimee had insisted that they prepare hand-made gifts, and Tim created cards that the actress had to open at specific locations. Rock gave Carrero the final card in Paris with the text “Want to have dinner with me?”, proposing during the dinner. Aimee said ‘yes’ and the couple tied the knot on 21 August 2016 in Starpeak Estate in Aspen, Colorado; Aimee and Tim have been together ever since; they don’t have children.

Who is Tim Rock?

Tim Rock is an American actor and writer who was born on 2 May 1981. He’s perhaps mostly known for his role in the TV series “Flashforward (2010)”. He wrote and appeared in the TV mini-series “Mental Cases”. The actor also appeared in an episode of “Young & Hungry”, alongside his wife Aimee.

Aimee Carrero is 34 years old; she has light brown hair and brown eyes, is 5ft 1in (155cm) in height and weighs approximately 110lbs (50kgs). On a daily basis the actress wears casual clothes such as jeans, shirts, and sneakers. Occasionally, she sports classy formal attire,  but also loves appearing in evening dresses and high heels. Aimee has a septum piercing on her nose.